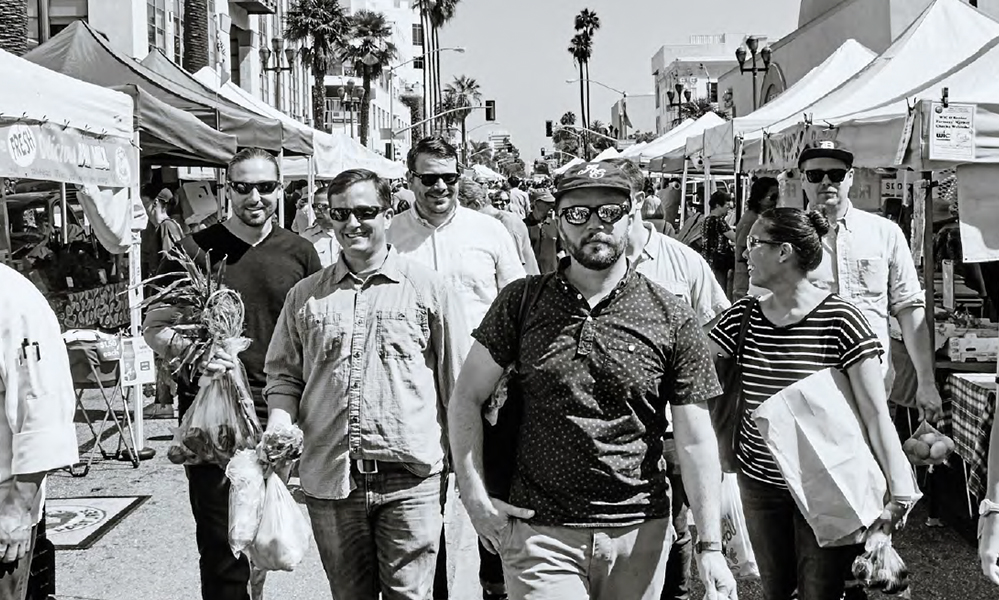 Bill of Fare Magazine: 7 Chefs to Watch, Their Mentors, and Word Association

There’s something magical about the way food brings people together. The same way that art and music pull together like-minded individuals into a space of harmony. Enter Stephen Torres, who’s work is inspired by the social aspect and community of food. Last year, he brought together 7 chefs and 1 photographer all under the roof of Chateau Marmont, in Hollywood. Together, they shopped, cooked, ate, drank, and shared. And thus the inaugural issue of Bill of Fare magazine was born: Mentors – featuring chefs to watch.

Founder of The Roots of American Food conference and culinary liaison of GoWhisk (Discover GoWhisk Here), Stephen Torres has been bringing people, food, and drinks together since high school. Years later, nothing has changed, and this passion continues to inspire him.

IT ALL BEGAN WITH DINNER

“Like a lot of things in my life, the idea of Bill of Fare came together over a meal with a great friend [Photographer Peter Frank Edwards],” says Stephen. “The Roots of American Food was a forum to explore the way we eat in America, the people who make the food, and the reasons they make it. A print magazine was fertile ground to explore those very same concepts.”

As for the name of the magazine, inspiration came from Mark Twain’s 1880’s European travel guide, “A Tramp Abroad,” in which he recorded nearly 80 ingredients and dishes he desperately missed from his American homeland. “He is truly America’s first foodie, and Bill of Fare magazine is a tangible artifact – something I’ve long wanted to create – that intends to honor him and those like him, who helped shape American food and culture.” 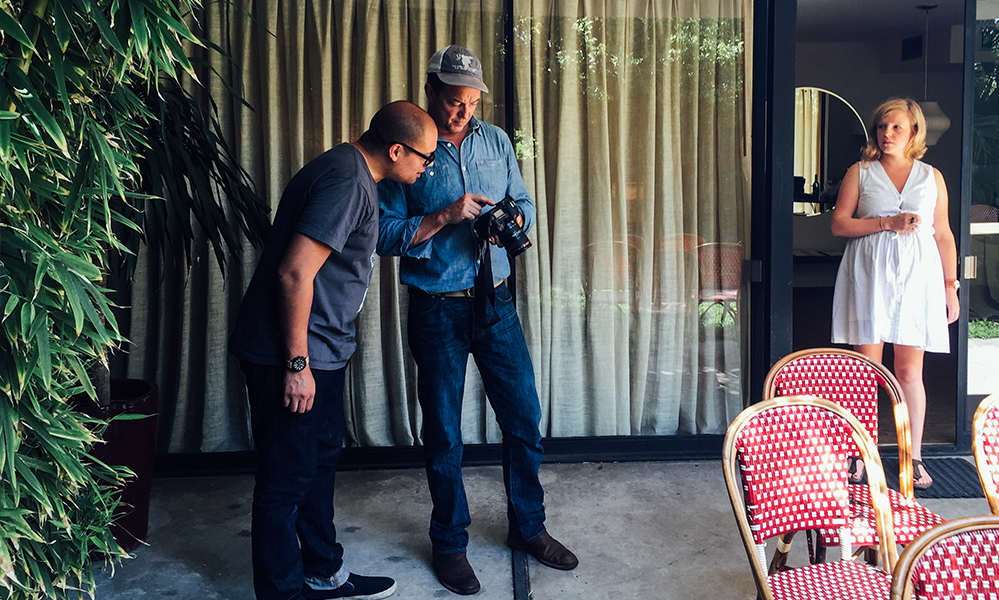 And so, Stephen brought together 7 chefs – Matt Chassuer, Bryce Shuman, Alex Harrell, David Posey, Phillip Krajeck, Joshua McFadden, and Kim Floresca. They wandered through the Santa Monica Farmer’s Market, exploring ingredients and buying $24 bread. They lunched on Howlin’ Ray‘s spicy fried chicken, dined on their finds at the market, and ended the evening with music, drinks, and a game of cee-lo.

THE SEVEN (+ A GAME OF WORD ASSOCIATION) 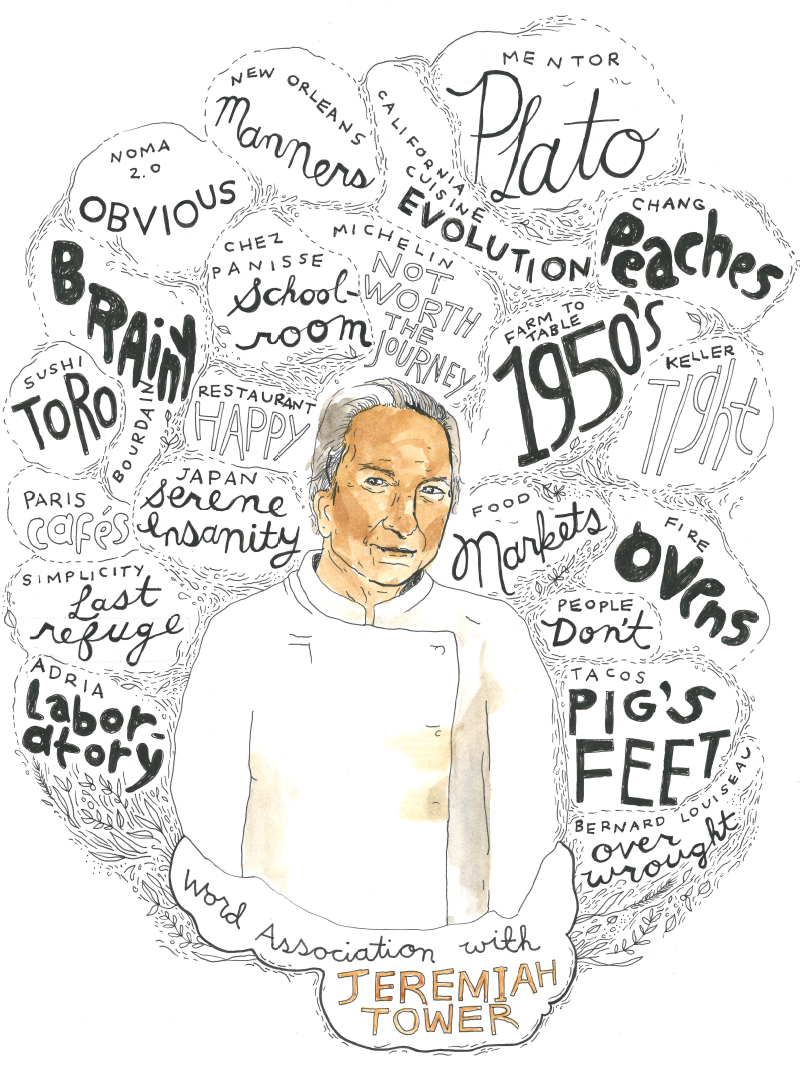 From the first issue is a feature on word association with chef Jeremiah Tower – widely recognized for his contribution to American cuisine. Stephen played this same game with his 7 chosen chefs, and in addition, posed the following question: What did you take away from your experience of being the first class of chefs to watch?

Here are their answers. 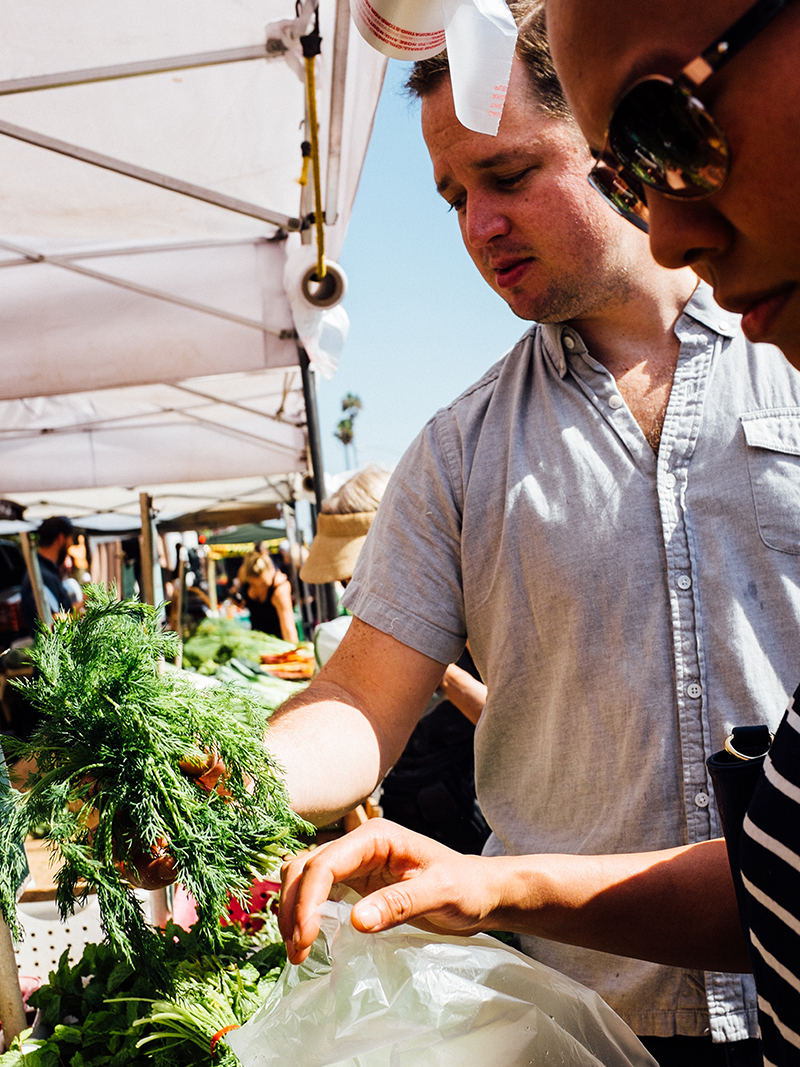 “I was able to connect with old friend and create new stories. I had the hottest chicken I ever ate, and I toasted the most expensive loaf of bread. I enjoyed fabulous hospitality that reinforced and inspired my passion for making people happy.” 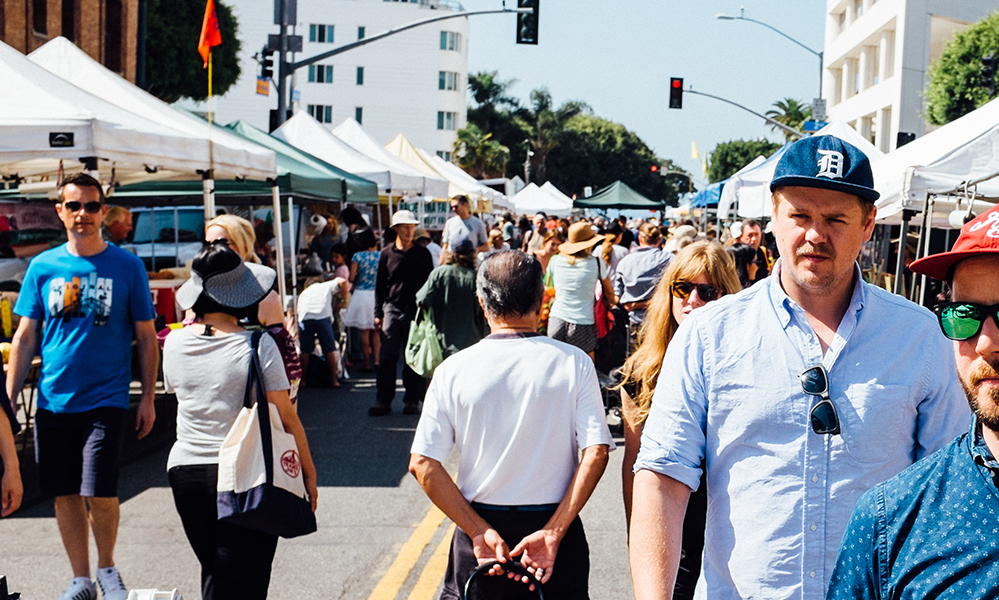 MENTOR: Wisdom, experience, guidance
BILL OF FARE: Menu
HOLLYWOOD: Hogan (ohhh yeah!)
CHEF: Mentor, perspective, inquisitive, relentless, demanding (I could go on as there are so many words/attributes that I associate)

“I think the most important take away was the sense of community and passion this diverse group of chefs shared. Regardless of the lens we use to perceive our profession and our diverse quiver of techniques, we are all grounded in the simple fundamental drive to make others happy through the act of cooking food…an act that is both humble and pure in nature.” 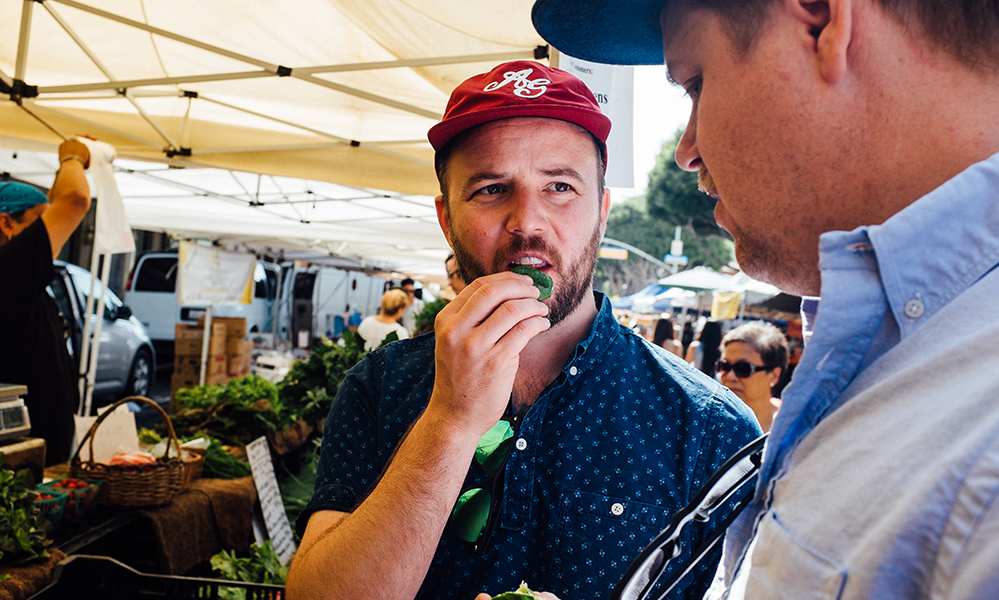 “Collaboration, respect and how much everybody loves dates.” 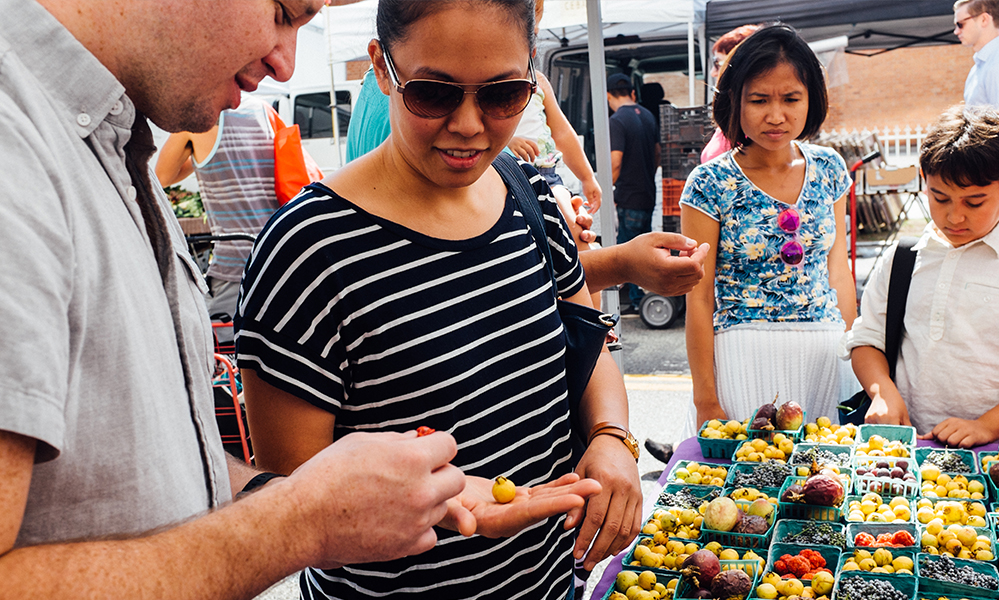 “No matter if we have been friends for years or just met, we can all speak the same language. The conversation starts at a table centered around food. That’s where humility, glitz, glamour, and greed can show up together on equal playing fields. That’s where…we begin.” 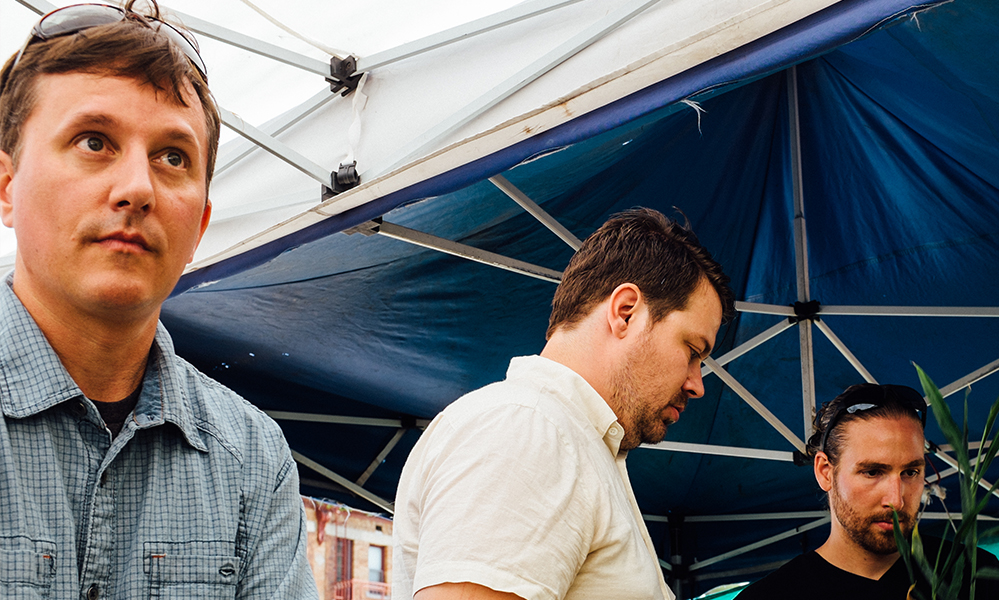 “Getting to cook with such a talented and successful group of chefs in a friendly and collaborative setting was great. We all come from different backgrounds and cooking styles – yet, we were able to work together to cook an incredible meal. Sharing ideas, techniques, and friendship through food and cooking.” 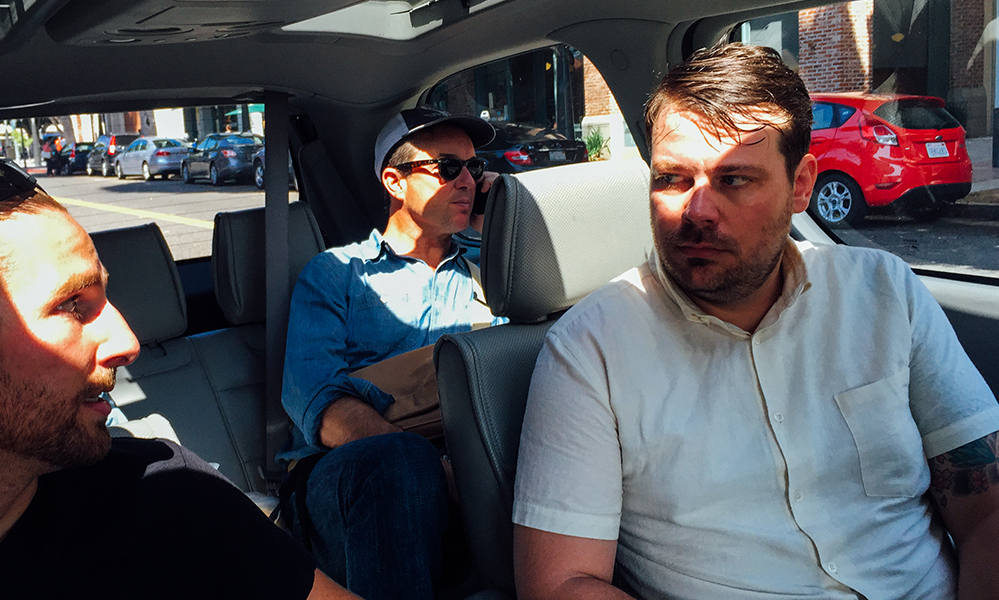 MENTOR: Many
BILL OF FARE: Invigorating
HOLLYWOOD: Next
CHEF: Mentor

“Being in the first class of ‘chefs to watch’ is such a great feeling. Finally meeting and getting to cook with many of my peers that I’ve been following and admiring for a while was so invigorating and such an honor. Seeing how humble and driven they all were got me even more excited to open my restaurant and mentor people of my own.”

“The melting pot of chefs you selected from around the country brought such a unique energy. That was very inspiring.”

An exclusive look at the creation of the first issue, as seen through the eye of photographer Denny Culbert. Captions by Stephen Torres. 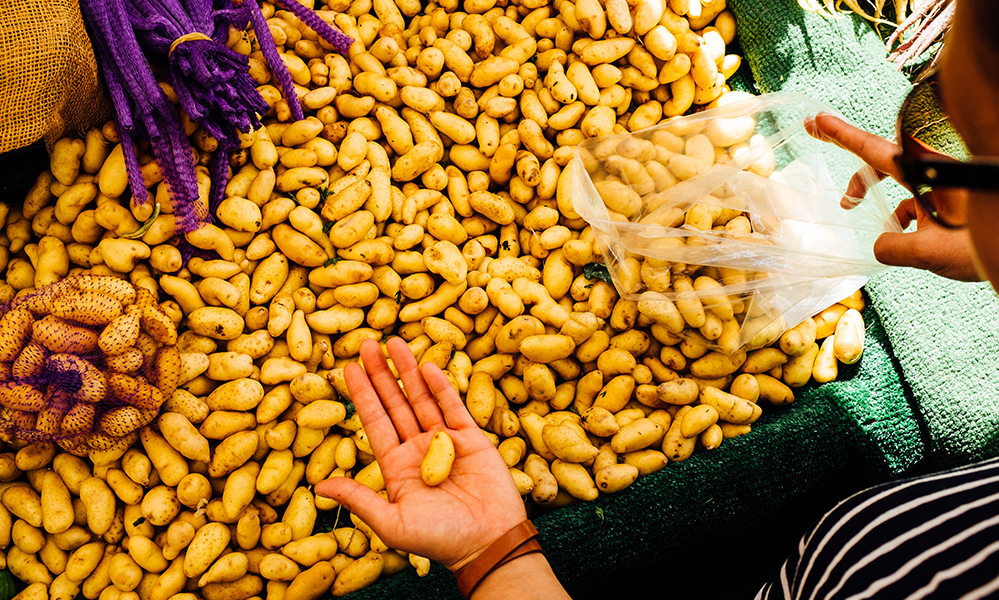 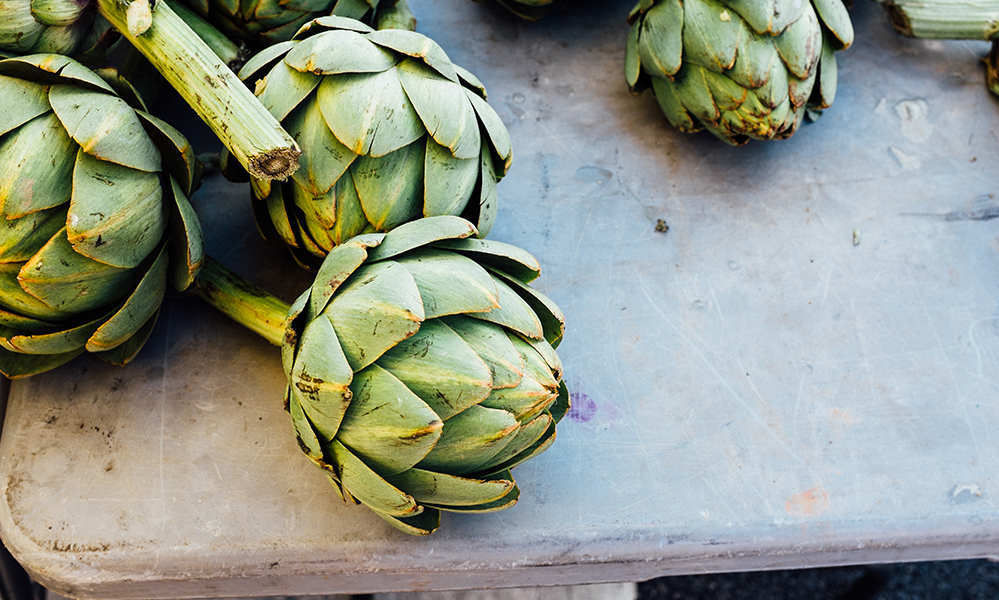 “Beautiful artichokes from Castroville, CA – the artichoke capital of the world!” © Denny Culbert

“How many pickled peppers can Peter Piper…you get the idea. These beauties at the Santa Monica Farmer’s Market.” © Denny Culbert 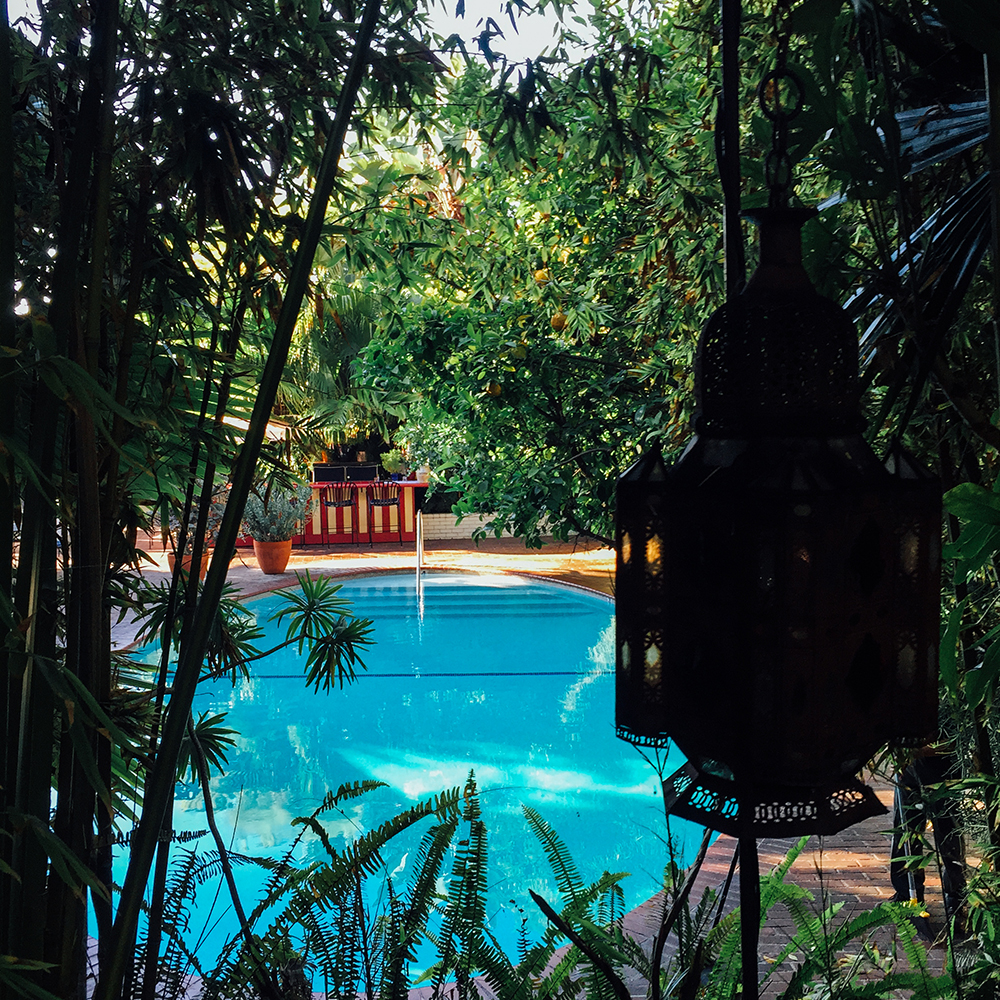 “A glimpse into the secret garden of the hotel.” © Denny Culbert 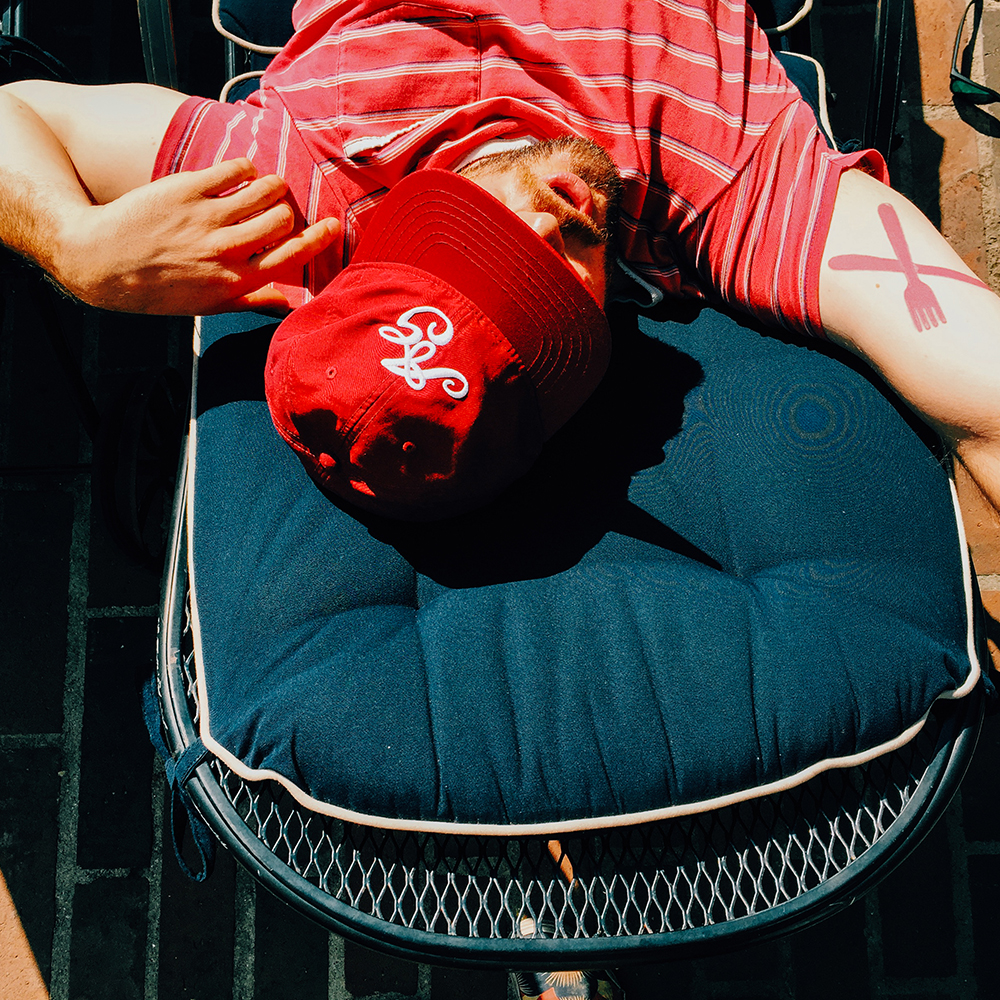 “Joshua McFadden taking in the rays by the pool.” © Denny Culbert 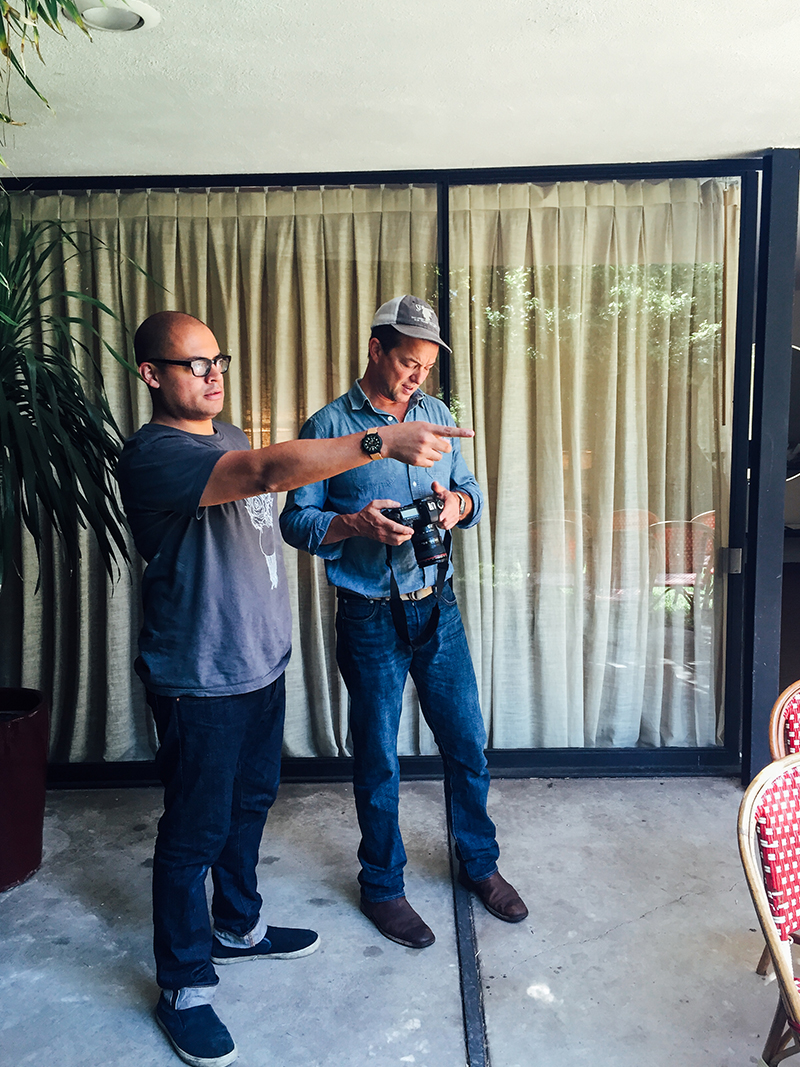 “Peter Frank Edwards [and I] discussing moving the table just a smidge to try and get that perfect shot.” © Denny Culbert 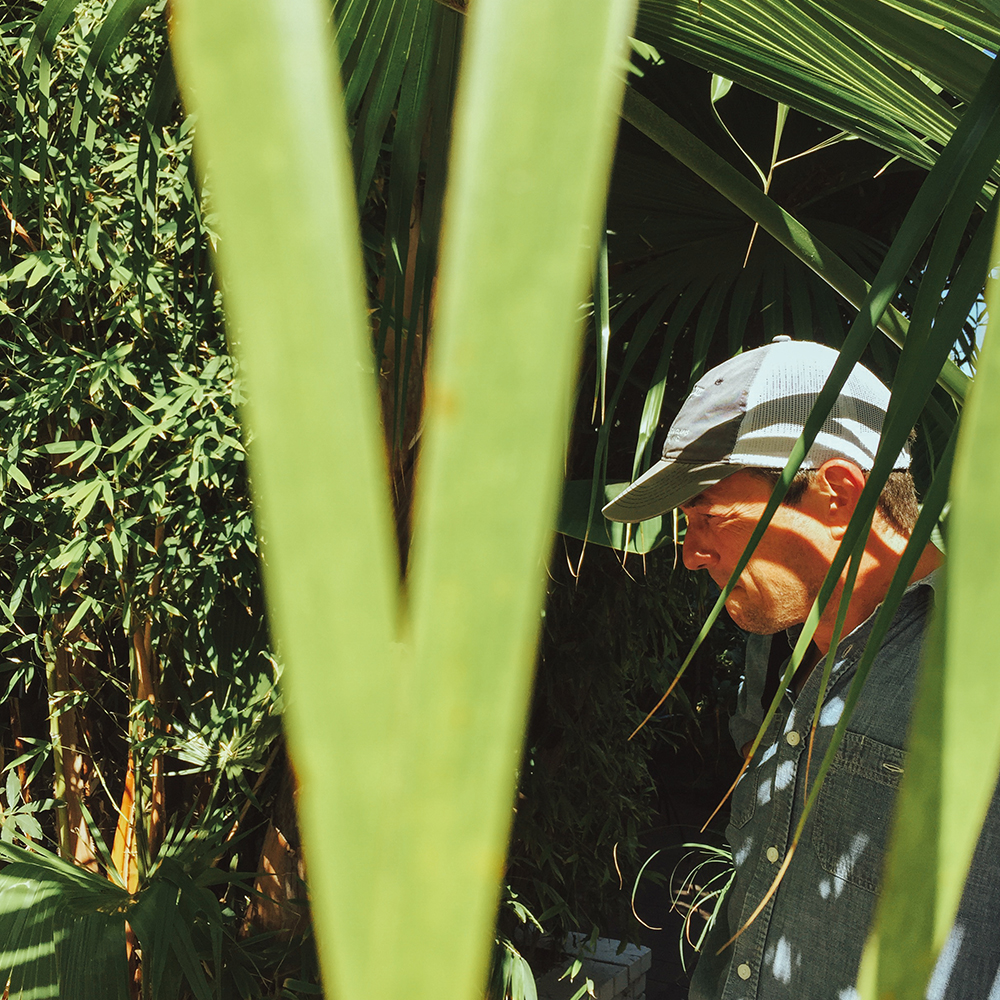 “Peter Frank Edwards will do anything for the perfect shot – including, but not limited to, hanging out in the bushes.” © Denny Culbert 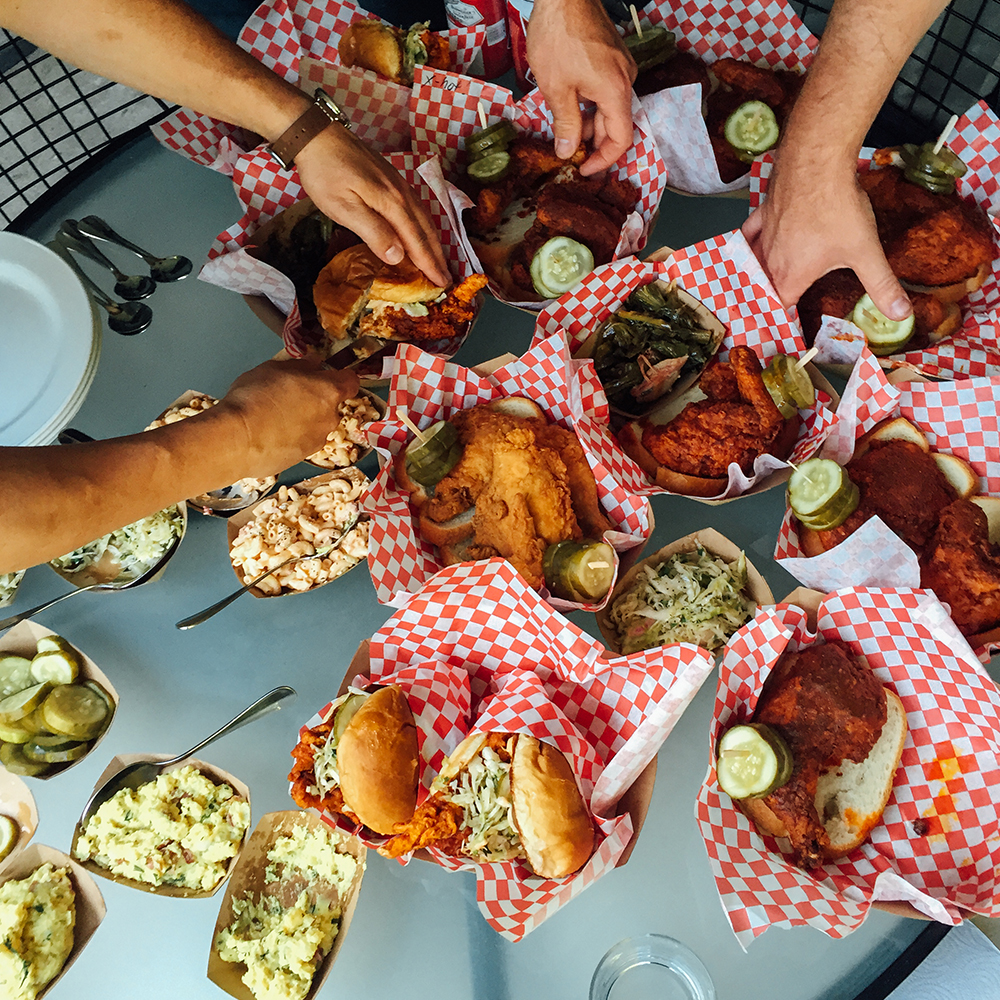 “Ohhhh weeee mama this chicken is hot! Some of the chefs were lucky enough to have their first Nashville hot chicken experience. As Sean Brock says, ‘It’s good to put the toilet paper in the freezer before you start eating it!’ “© Denny Culbert 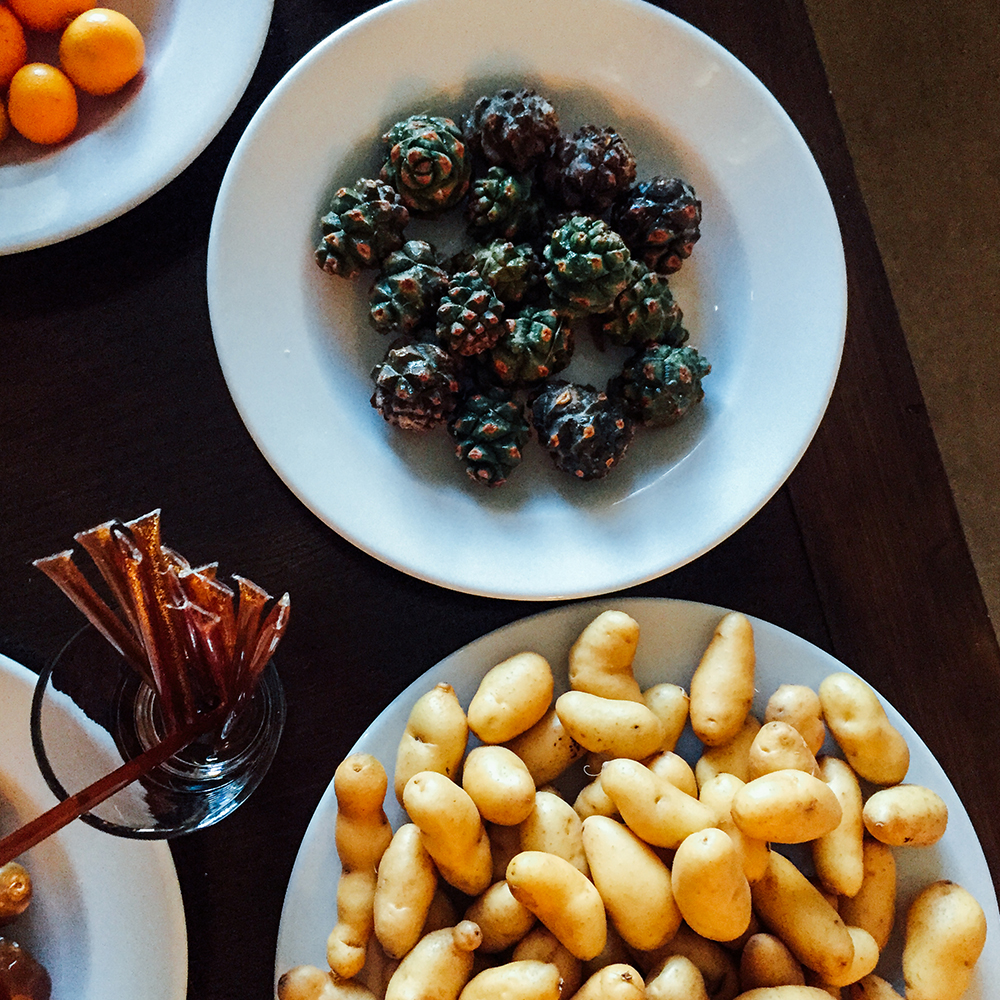 “Pine nuts from Rare Tea Cellar stole the show as the secret ingredient of the evening.” © Denny Culbert 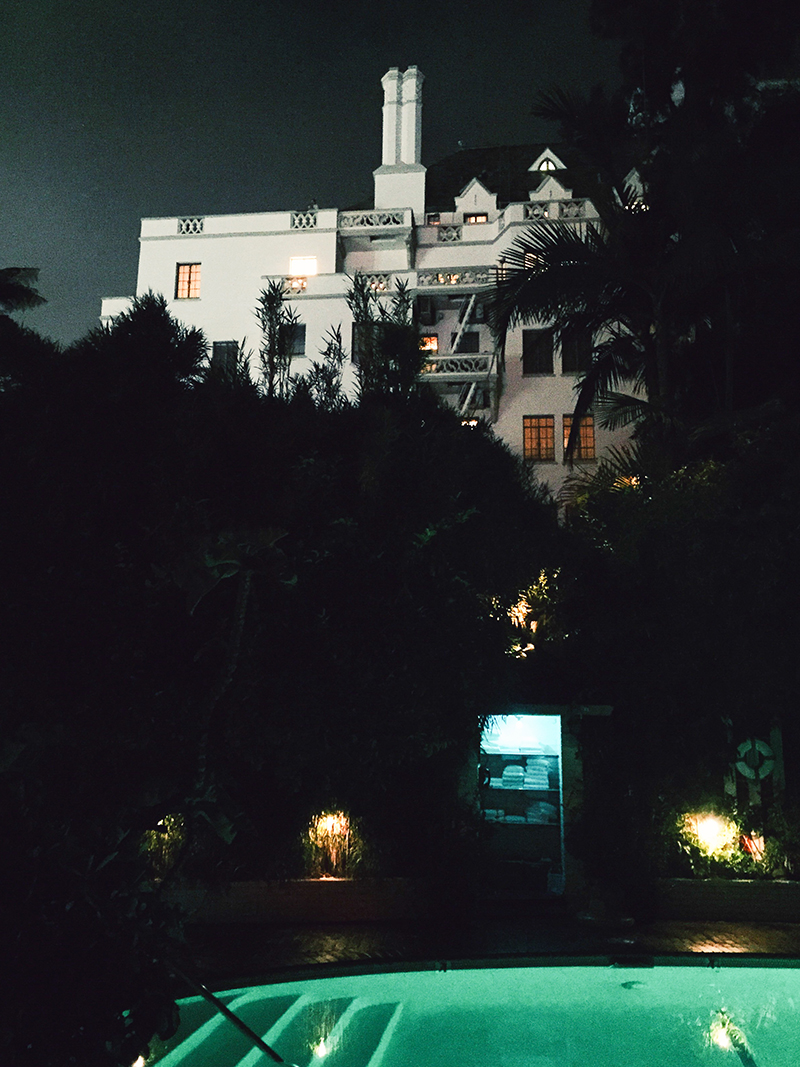 “Always open and always warm – the pool at the Chateau Marmont above Sunset Blvd. is like being on another planet.” © Denny Culbert 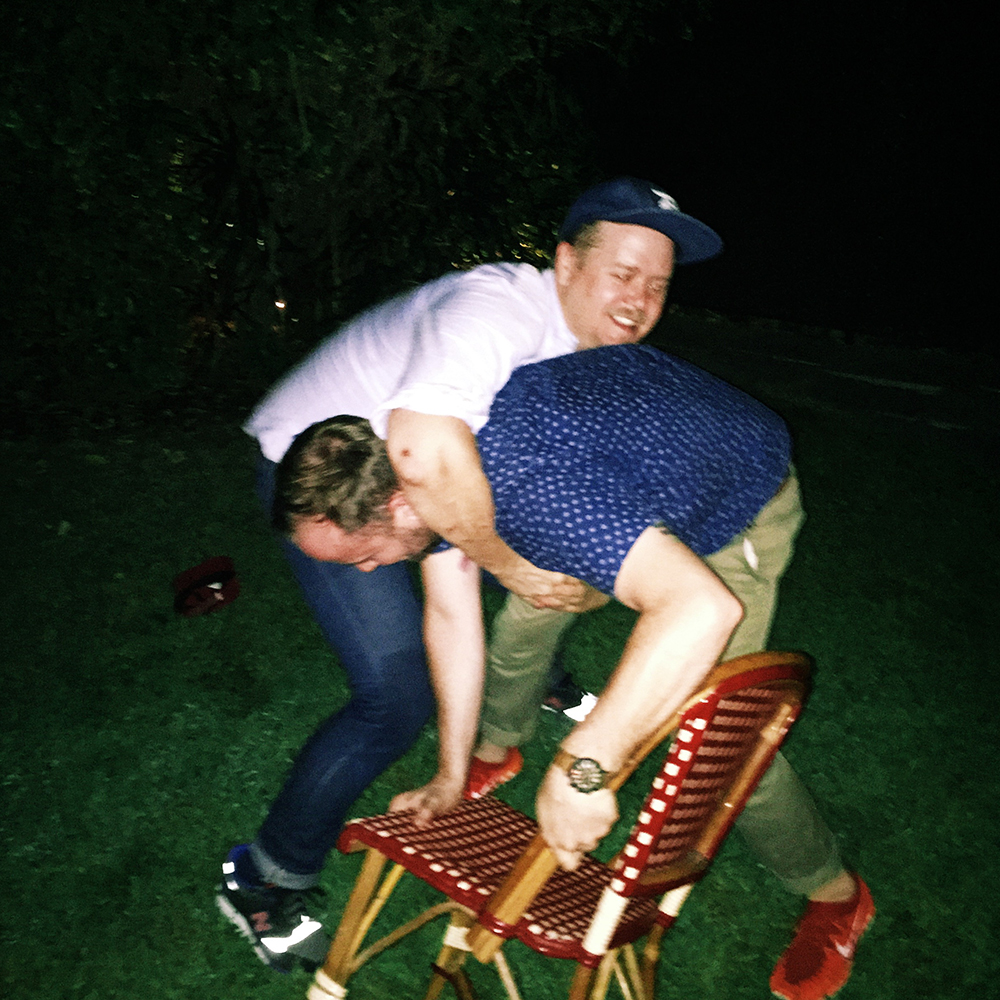 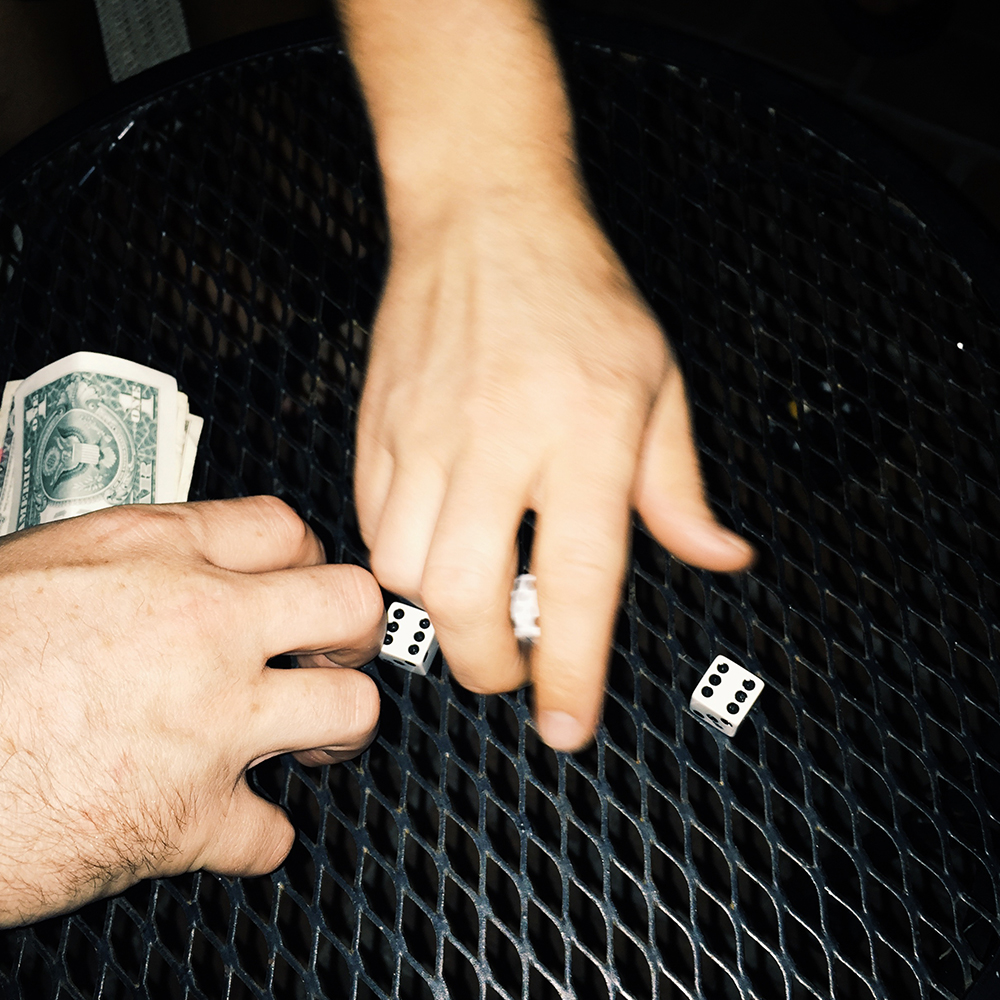 “The whole experience of shooting and producing the magazine in that environment was surreal. It was the greatest expression of collaboration…You can’t help but be inspired when you’re around such amazing people.

Ultimately that’s representative of the ethos of the magazine – it isn’t really about food, but rather people who happen to make food, and that’s truly what distinguishes it from every other culinary magazine out there. People are primary, food is secondary.” – Stephen Torres

What is GoWhisk? Discover more here.