This Chicago restaurant has stood the test of time since its opening in 2003, but has come back in a big way since Chef Lee Wolen became head chef in 2014. With a focus on seasonal produce, simple ingredients, and impeccable presentation, it’s no wonder how it’s received such positive criticism. We were thrilled to get the scoop on just how this chef was able shake things up at Boka, where he looks to for inspiration, and what’s next on his agenda.

Every opportunity that has been presented to Chef Lee Wolen has been a direct cause of his non-stop achievements in the world of fine dining. His beginnings at Eleven Madison Park in New York city is where he helped bring a restaurant to national recognition by landing on San Pelligrino’s 50 Best List. Lately, he’s been a fixer-upper of sorts in which his leadership in the kitchen has allowed restaurants like The Peninsula and Boka to be the talk of the town, and recognized with tremendous praise and accolades.

This year, the Chicago Tribune awarded him Chef of the Year from his collaboration with Boka owners Kevin Boehm and Rob Katz. For the second year in a row, Boka has earned a Michelin-star, but Chef Wolen’s work has barely gotten started. There’s still so much he and his team want to accomplish, such as increasing the popularity of fine-dining and reaching out to a wider audience of people who want to experience a fine dining in a fun, inviting, and unique way.

Where are you from and what influenced your career path?
I am from Cleveland, Ohio, and my grandmother is probably who most influenced my career path. Some of my earliest memories are of her and I watching Lidia Bastianich on PBS and me helping her make casseroles. 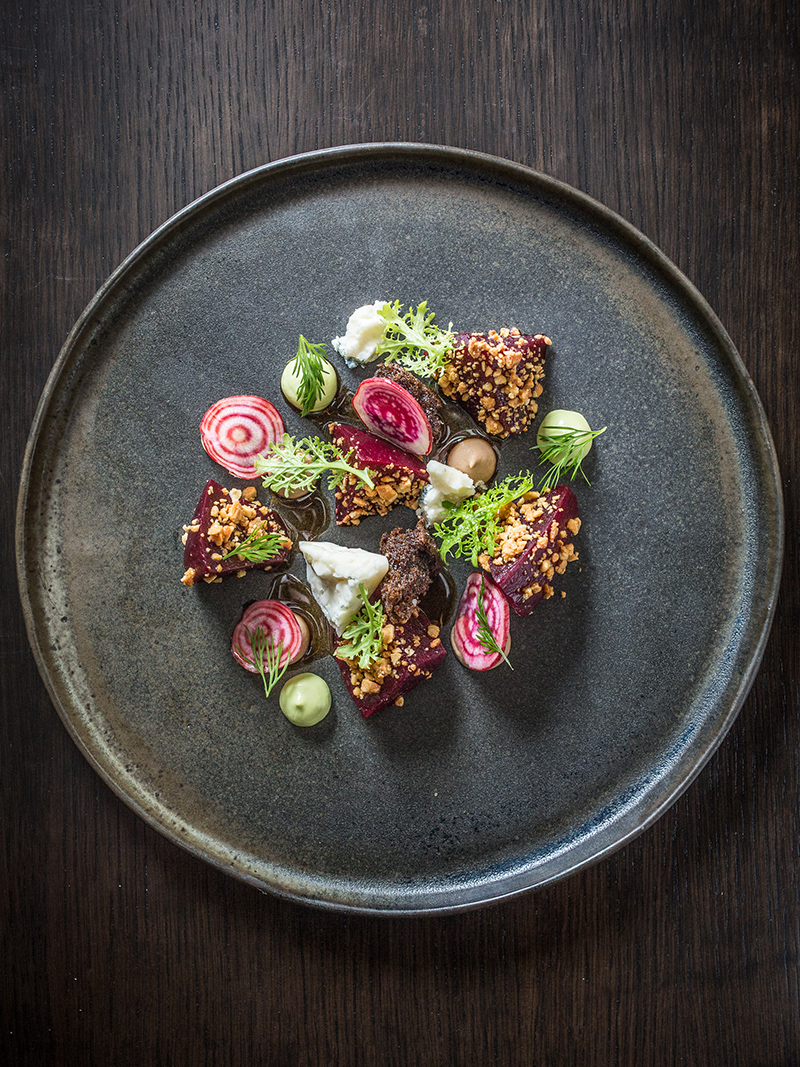 What do you believe is your personal style/aesthetic?
Clean, simple flavors with beautiful plating.

What are some of your favorite works to date?
My first one would be my octopus with kohlrabi and sesame. I was turned on to octopus when I was staging in Spain, and it is still my favorite ingredient to cook with. I love the texture and flavor it picks up once grilled – a nice, smoky flavor.

My second dish would be the current heirloom carrot salad on the Boka menu, set with pistachio, bulgar, and smoked goat gouda. I think it has a nice balance of bold favors (both smoky and sweet) and it is texturally and visually pleasing. 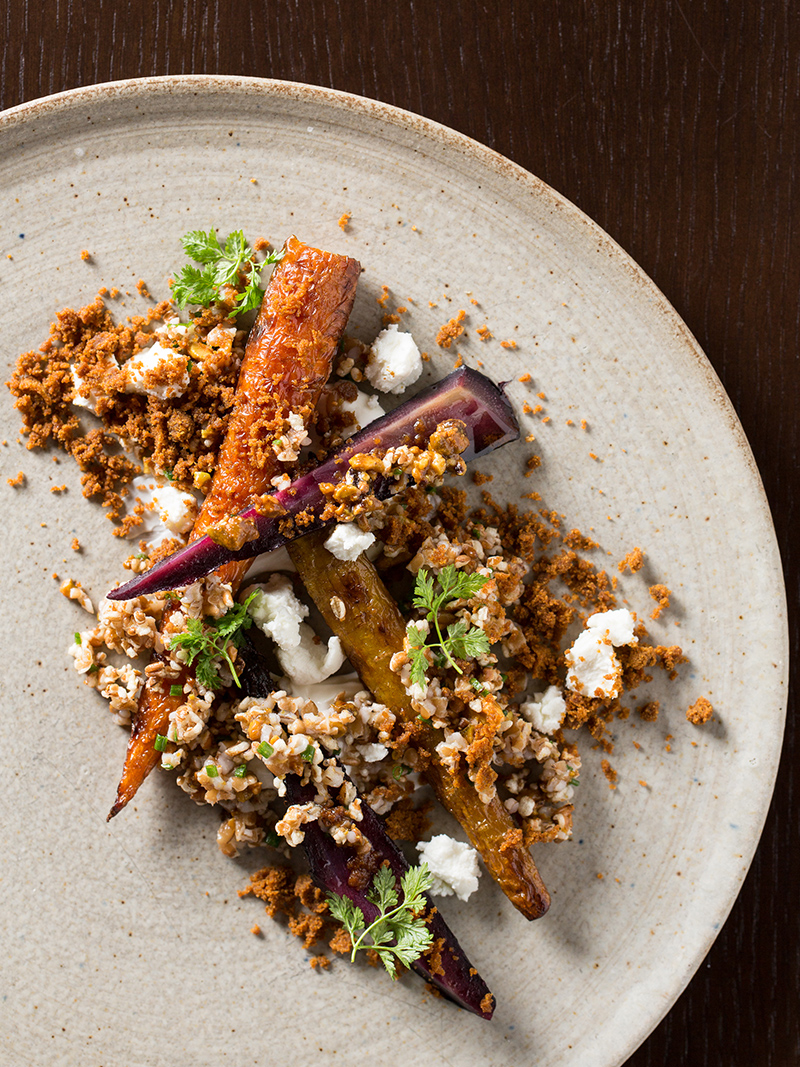 What is your most unusual source of inspiration?
Probably Pinterest. I love how visual everything is. Its actually why we changed our plates at Boka. I was inspired by local pottery makers I was watching on the site. Also, Nordic Cuisine for plating of food.

Chicago vs. New York: what do you like most about Chicago & New York?
It is an exciting time to be in Chicago with the quickly growing food scene. Also, Chicago has this incredible, tight-knit community of chefs that all support one another’s successes. New York sets the bar for us in other cities to aspire to when cooking. Also, NY has the best ethnic food in the country, hands down. 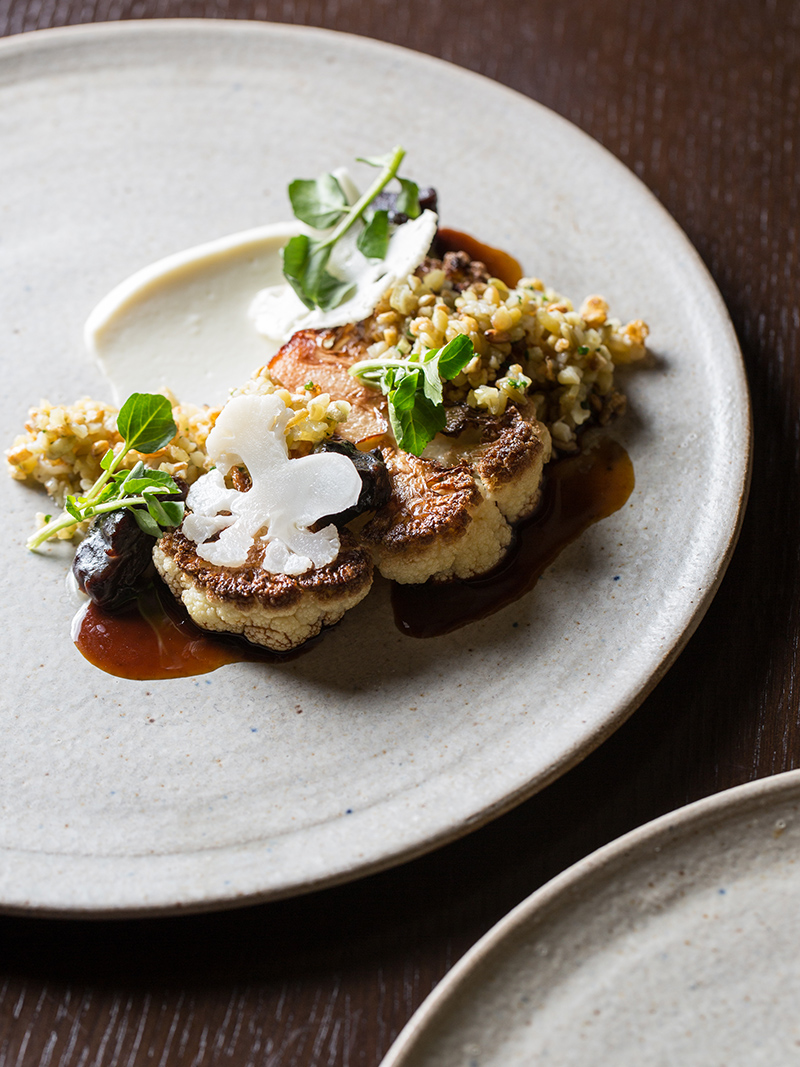 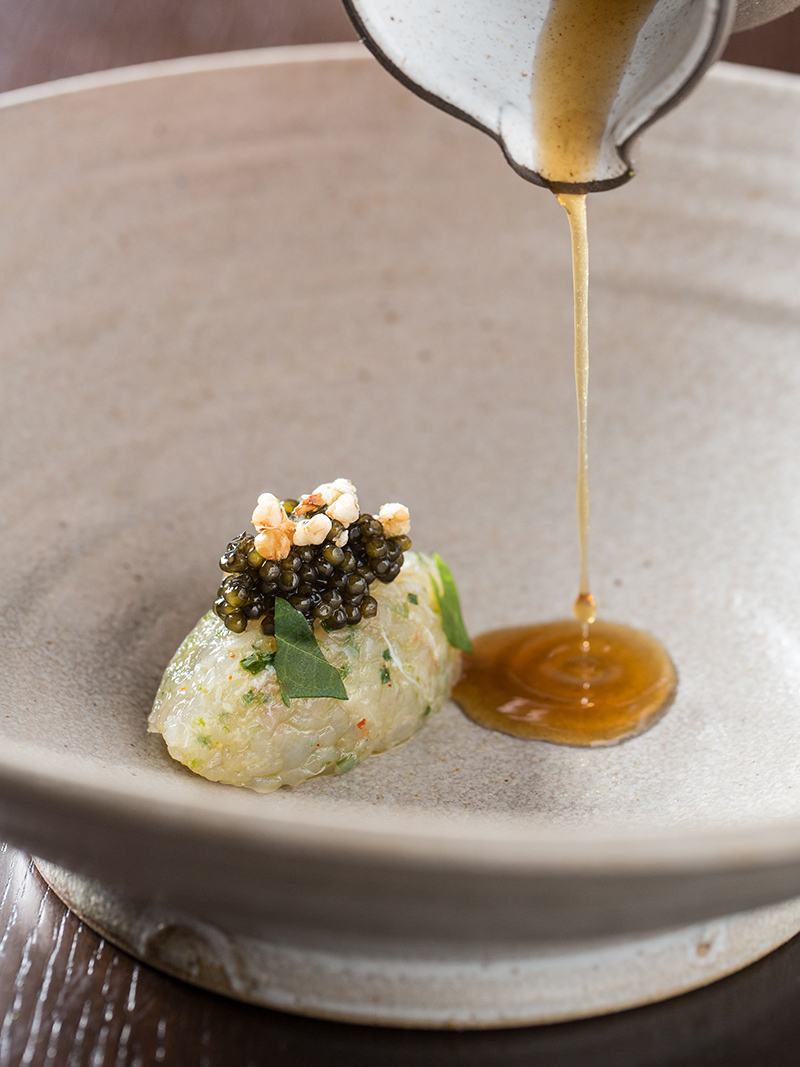 Cured fluke with caviar, puffed buckwheat, and dashi made of black garlic and tomato by chef Lee Wolen of Boka. © Galdones Photography

Name some of your favorite spots in Chicago
Nico Osteria – an amazing restaurant in the Gold Coast neighborhood with clean, delicious food.

The Green City Market – our local farmer’s market in Lincoln Park along the lakefront. I go every Wednesday with my dog Mocha and meet with farmer’s to see what new produce they have available that week.

GT Fish & Oyster – a restaurant in River North. The executive chef is my friend Giuseppe Tentori and I love his fresh, clean seafood.

Banana Republic… but only when they’re having a 40% off sale. 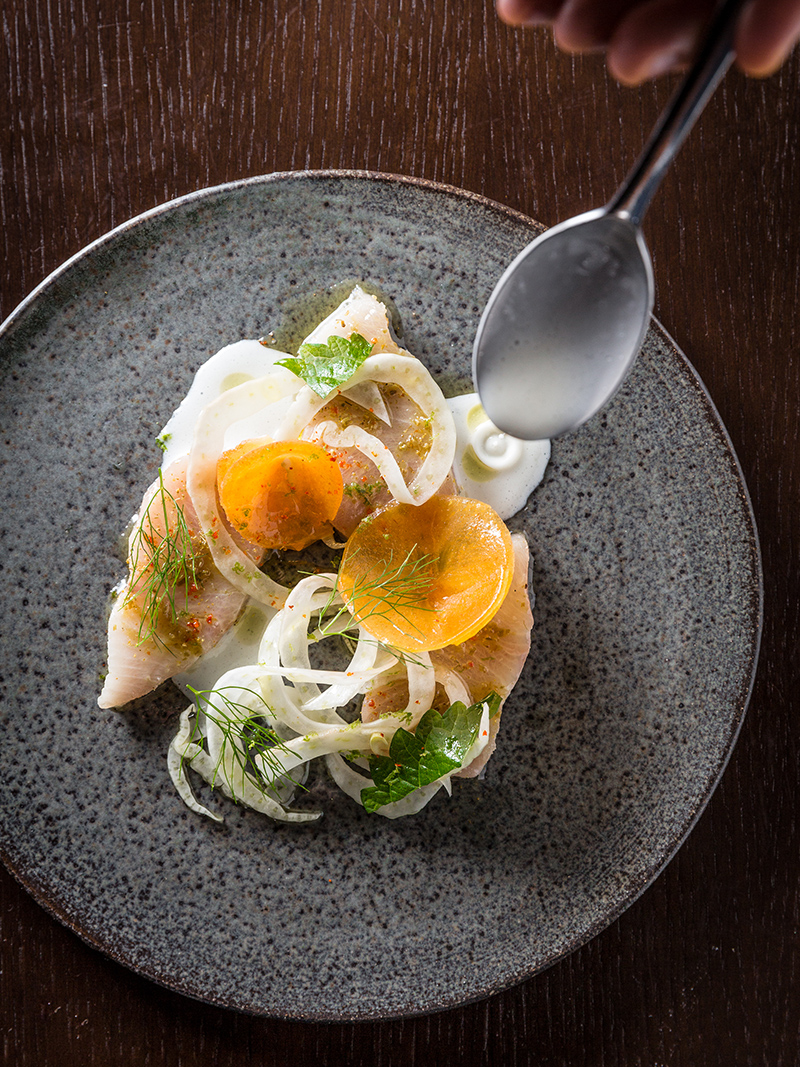 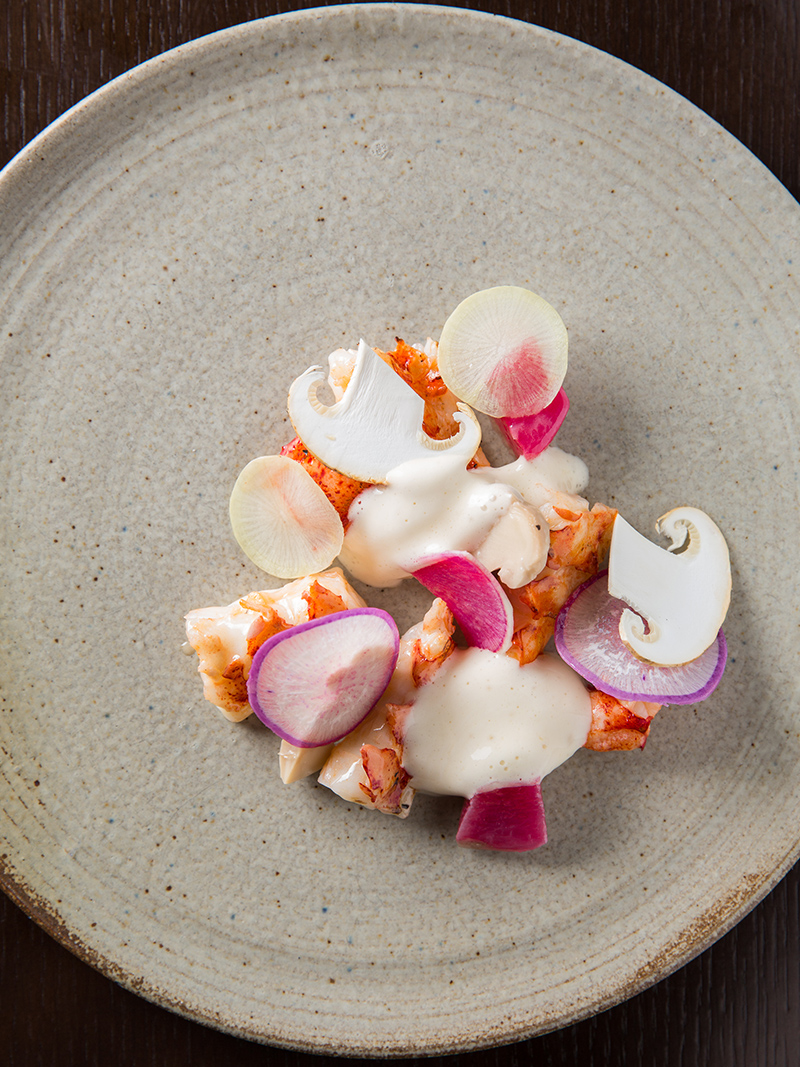 Five things you can’t live without?

What’s next for you?
Right now, continuing to make Boka a destination restaurant in Chicago.