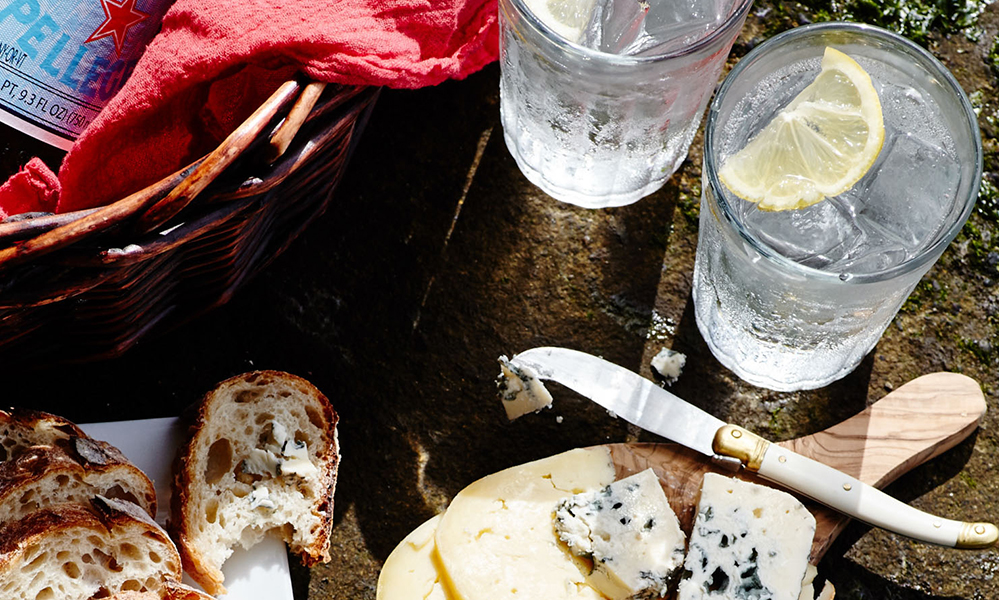 Just the other day, we had the opportunity to share the inside scoop behind the inaugural issue of Bill of Fare Magazine, put together by Stephen Torres. The person responsible for capturing the magic of this event? Photographer Peter Frank Edwards. It is with great pleasure that we bring to you today, a conversation with Stephen and Peter – a great duo with great chemistry.

Now situate yourself at Minero in Charleston, South Carolina, and join these two over mezcal, queso, wings, and guacamole.

Stephen: Where did you grow up? What inspired you to become a photographer?

Peter: I grew up in Charleston, and I begged my parents for a camera when I was 13. My parents gave me a small, crummy camera from JC Penny for Christmas, and it broke the first day. So, my hopes and dreams were pretty much bashed. I kind of got the bug again in my 20’s when a girlfriend’s ex-boyfriend, who was kind of a famous photographer, allowed me to assist him. That’s really where it started happening. 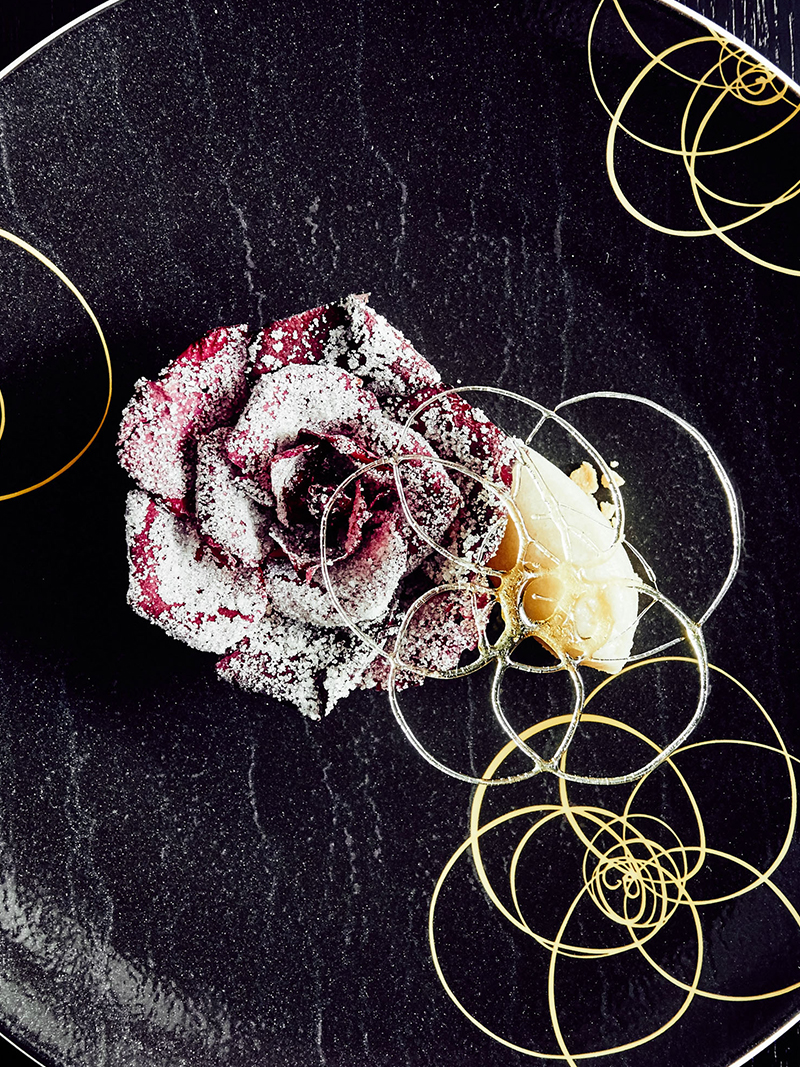 Stephen: You also have a cooking background, do you think that’s important for a food photographer?

Peter: I don’t know if it’s important, but it helps. I like to think that when I am working in a restaurant, that people would be cool with having me back there. I am sensitive to the way a place runs, and that’s important. 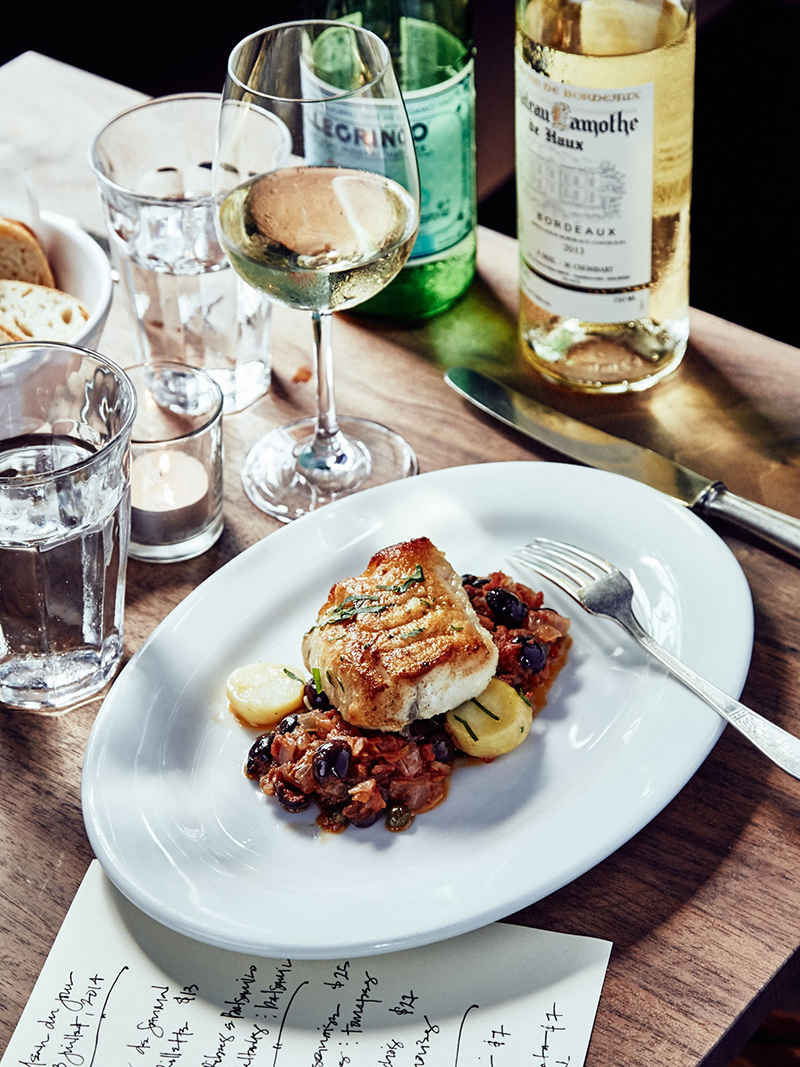 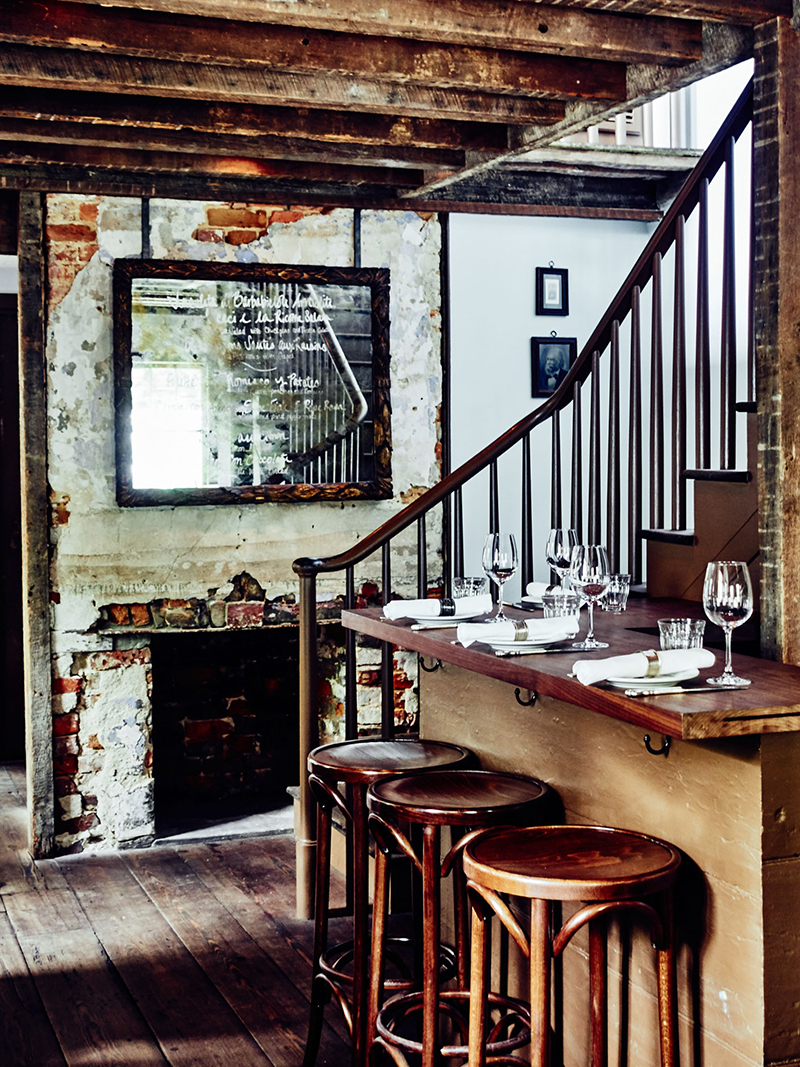 Stephen: There are so many food photographers and Instagram sensations now. Do you think it is effecting the business in a positive or negative way?

Peter: It’s definitely had a significant impact on the business and will continue to do so. It’s so easy for people to take a really high-quality photograph now. What has really become important – how technical skills were important and are less and less important. I think having a point of view that people appreciate and maintaining that view, so that people will want to hire you in 5 years [is important]. 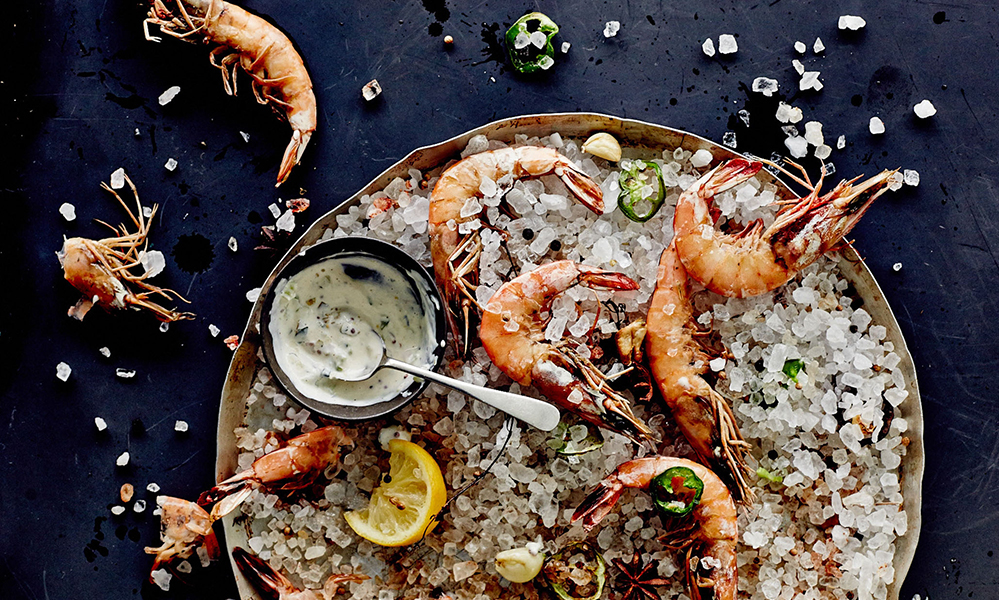 Stephen: What do you think about photographers booking gigs off Instagram?

Peter: It is something I think about. First, there was myspace, then Facebook, then Twitter, now Instagram. The world looks for fads. It’s here to stay until the next fad comes along. I don’t know what it is but it’s something. 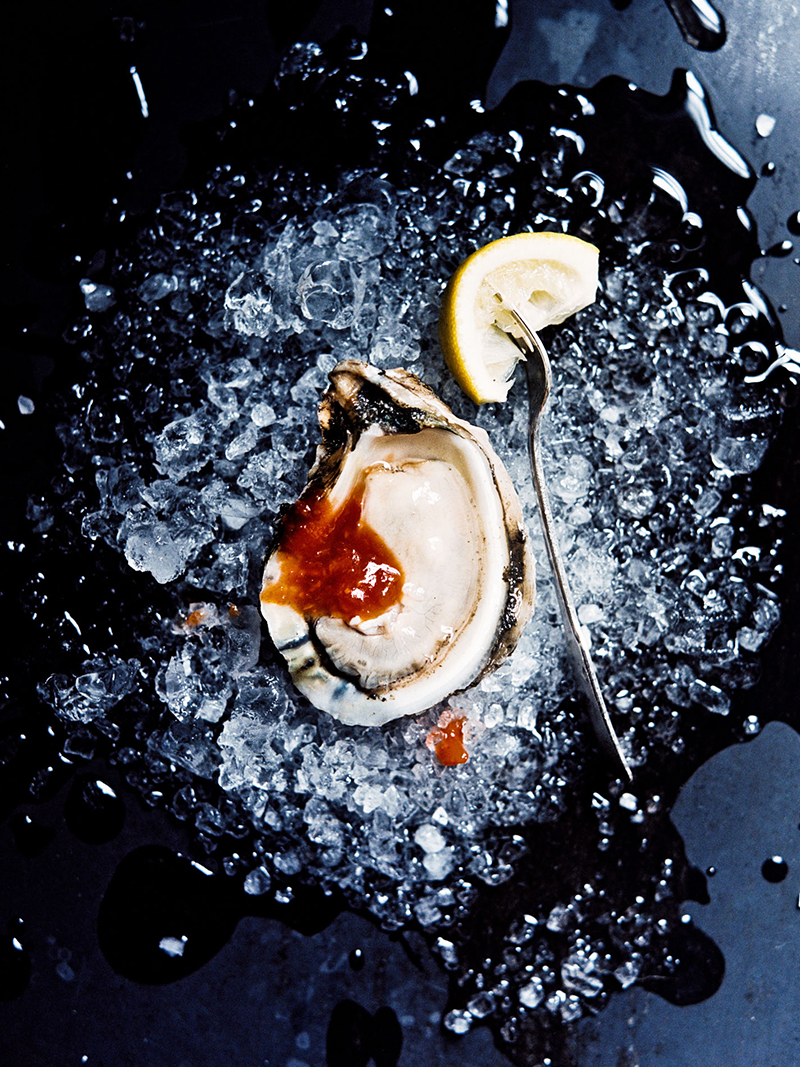 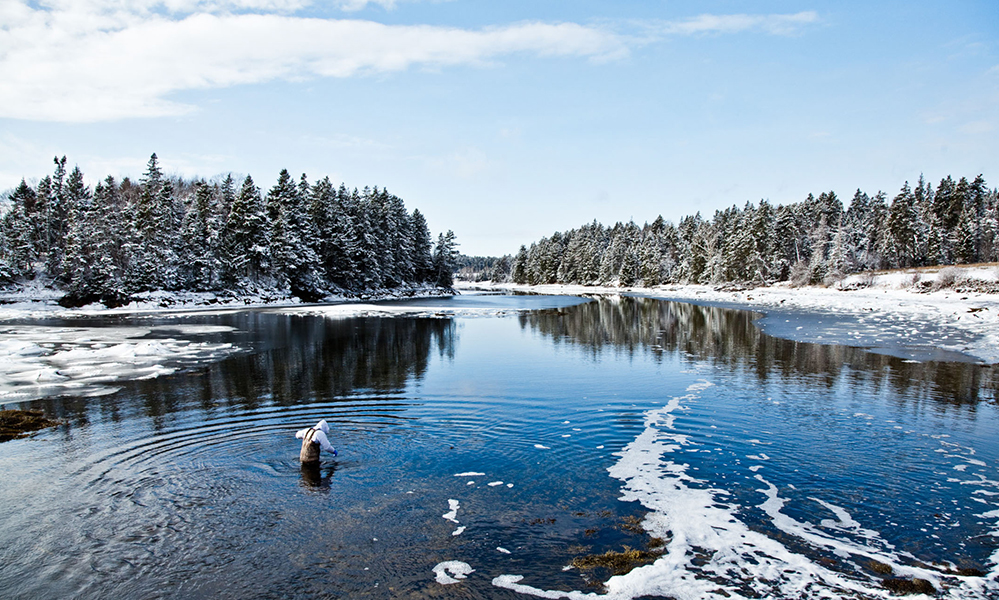 Stephen: Do you think Instagram is the best platform for a photographer?

Peter: I have never thought about using Instagram as a marketing tool. I don’t think I have ever booked a job from Instagram. Because Instagram is so disposable, I definitely would not want my best work on there. I use my IG for me, but occasionally someone will hit me up on IG and say man, I dig what you do. That’s always a nice compliment. 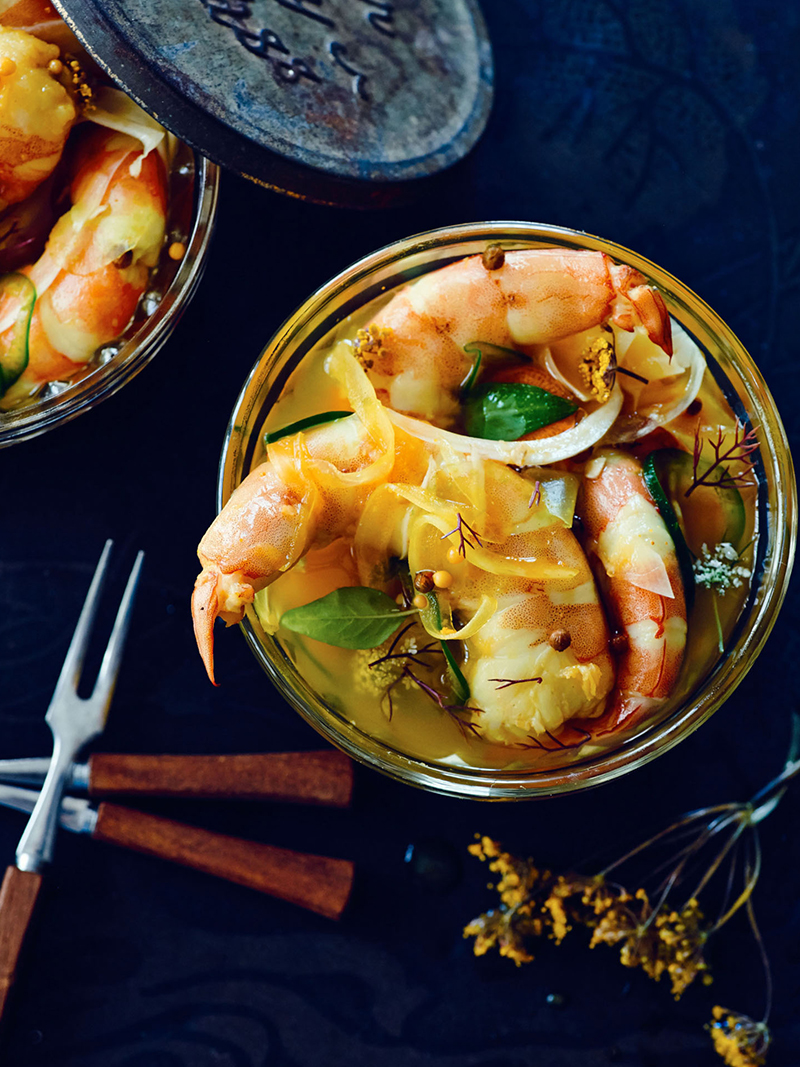 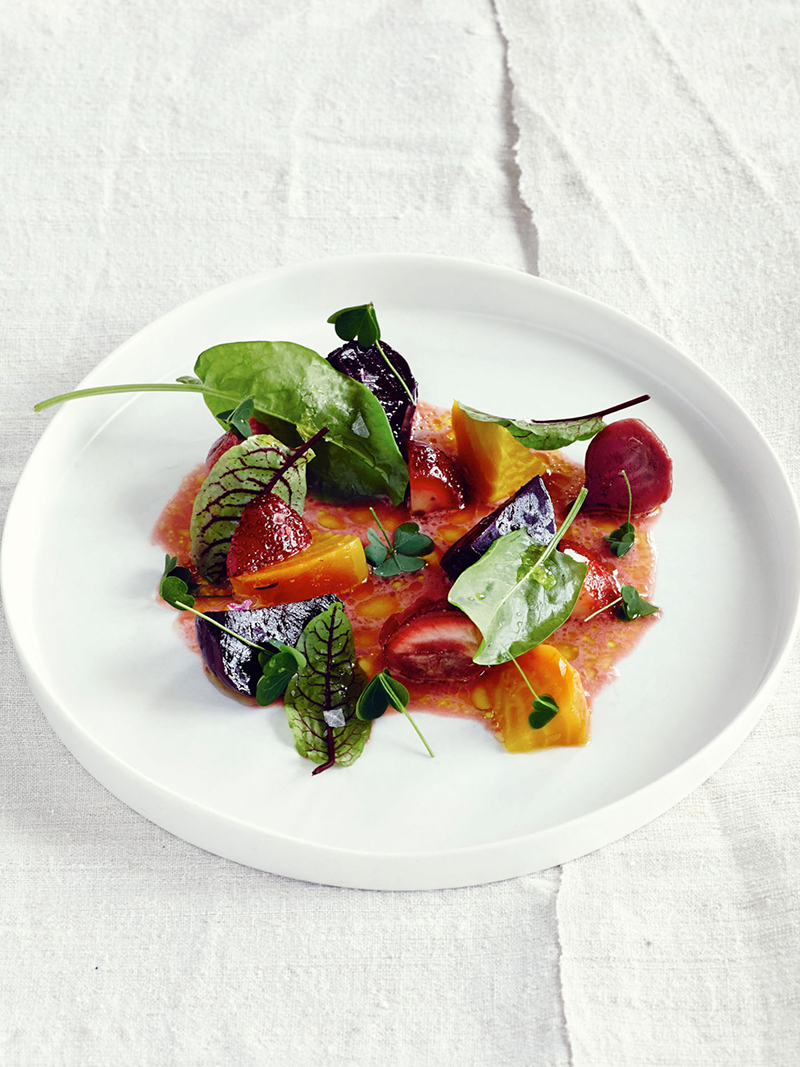 Stephen: What have been some of your favorite collaborations on the cookbooks you have been a part of?

Peter: I really liked working with Sean, we have a lot of common interests, and we get along well together. Those shoots were a lot of fun. My favorite of all, was with Sara Foster in Durham, North Carolina. We had a super small, very pro team, and everyday we worked was an absolute joy. I look forward every day. It was tight. Everyone had a voice.

Stephen: What are some of your favorite photos you have taken?

Peter: I like spontaneity. When I first started in photography, I realized that I would take a lot of pictures, but the ones I always liked the most were the ones that were happy accidents. Those are the ones I was excited to go into the dark room with. I was there shooting a situation or scene, and you get into a groove, but the images on the peripheral of what I was intentionally shooting. The loosey-goosie stuff – that is what interest me. My favorite image that I would make today is the margarita getting placed down (bartender places margarita down) – it’s real, in the environment, it’s not tweezed or propped. My favorite pictures I have taken just happen and the camera’s out. There is authenticity there. Finding the image, not making the image. 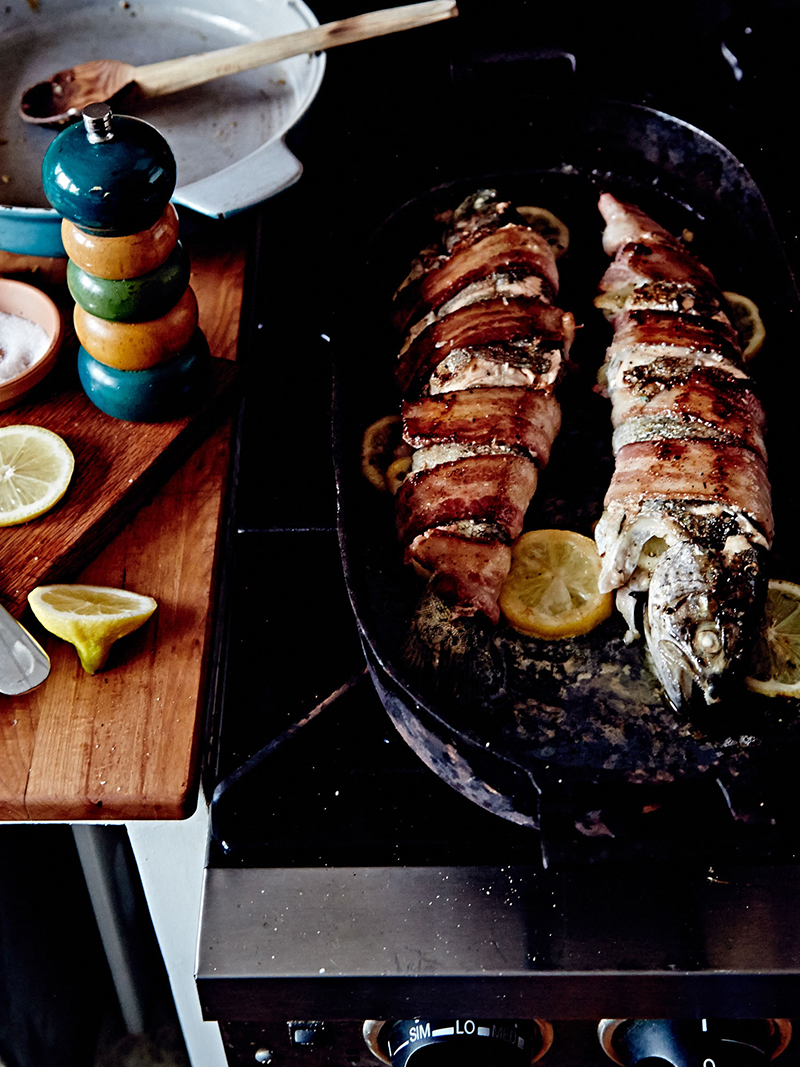 Grilled elk, quail, duck shrimp, and salad with candied pecans all made or marinated with Cane Syrup for Garden and Gun – The Southerners Cookbook. © Peter Frank Edwards

Stephen: How was your experience shooting Bill of Fare?

Peter: It was so much fun. I love being able to capture moments. My main problem was that I didn’t have enough time with each chef or each situation to explore it more. I would be in a room with a group of chefs prepping, drinking, shooting the s–, and I would want to stay, but I couldn’t because I had to go to the next room to capture other stuff. Overall though, I love the way it came out, and we got some great photos. 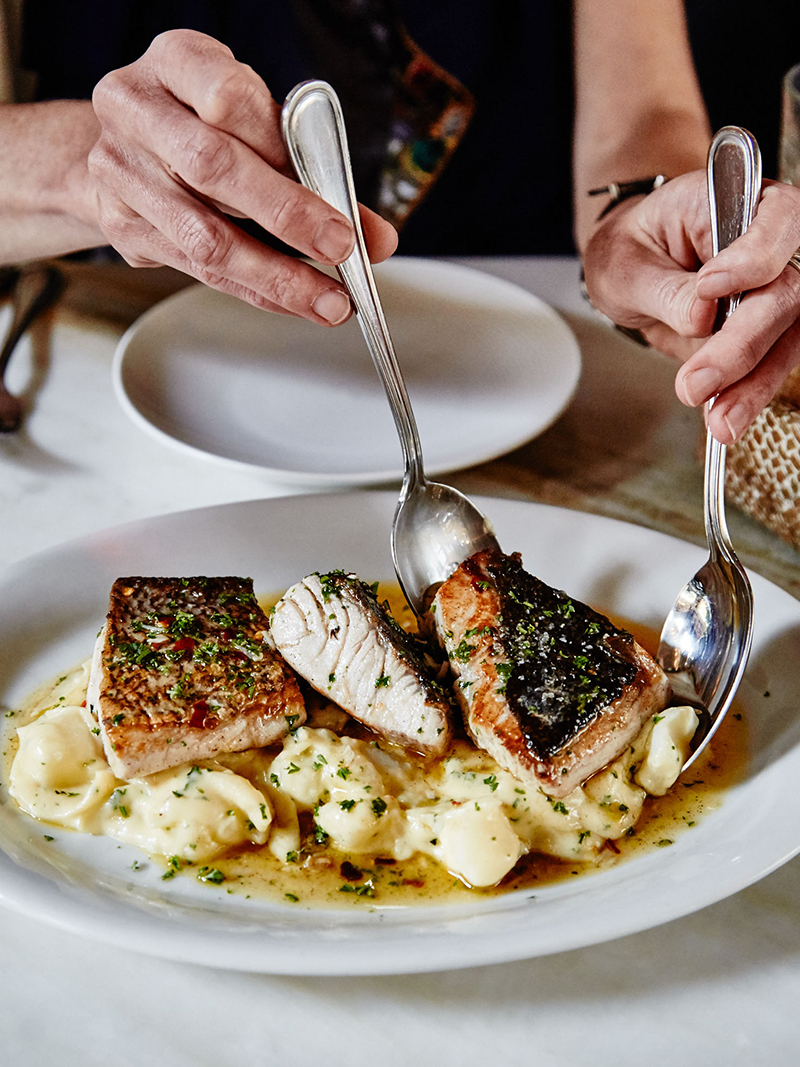 Stephen: What inspires you?

Peter: Things that I find to be beautiful. People who are passionate about what they do. The bag boy who might be a bag boy his whole f– life, but wants to be the best bag boy he can be. He cares! He’s an inspiration.

Stephen: What has been one of your memorable meals recently?

Peter: We cook a lot at home. One of my favorite things to cook at home is steak or chicken on the grill. I have this little flying saucer grill. Most are gas, but mine uses charcoal. I have tried to turn a bunch of folks onto it. It cooks perfectly, and you can control the temperature so easily. Anyway, I had some friends over, we cooked some ribeye – and (I have a pecan tree in my backyard) put some of the wood in. Man, it was awesome. 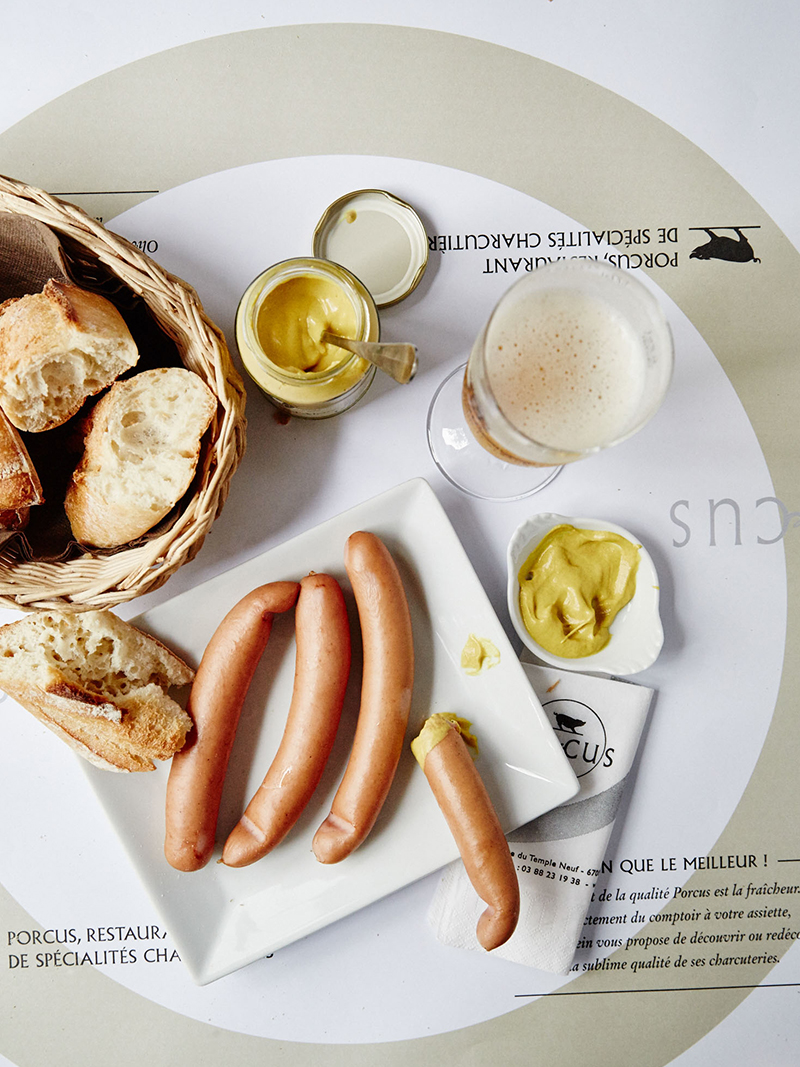 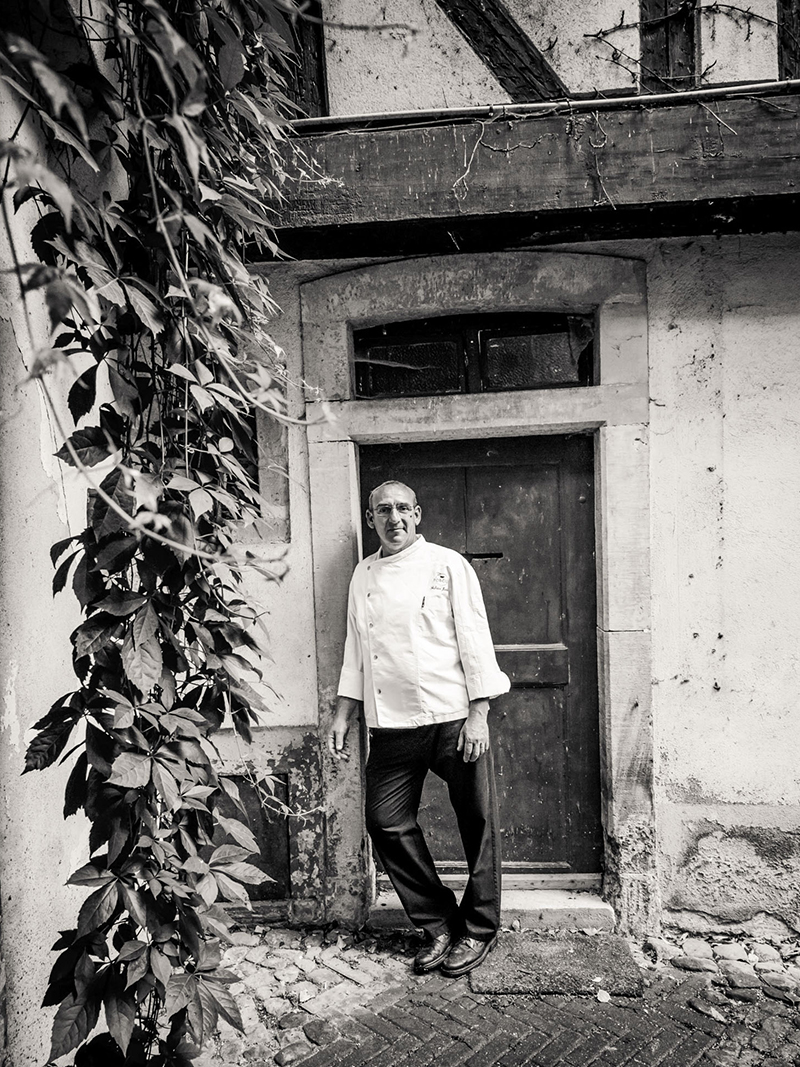 Stephen: Do you take inspiration from where you live? (Maine & Charleston)

Peter: I am a coastal dude. I need to be by water, because that’s where I was raised. I think a lot of my inspiration comes from watery environments where people make their livings – marshes, food of watery provinces, shellfish, fish, game. I am more of a country mouse, and I dig nature. The coast is big but manageable to me.

Stephen: Photographer you admire in and outside of food? 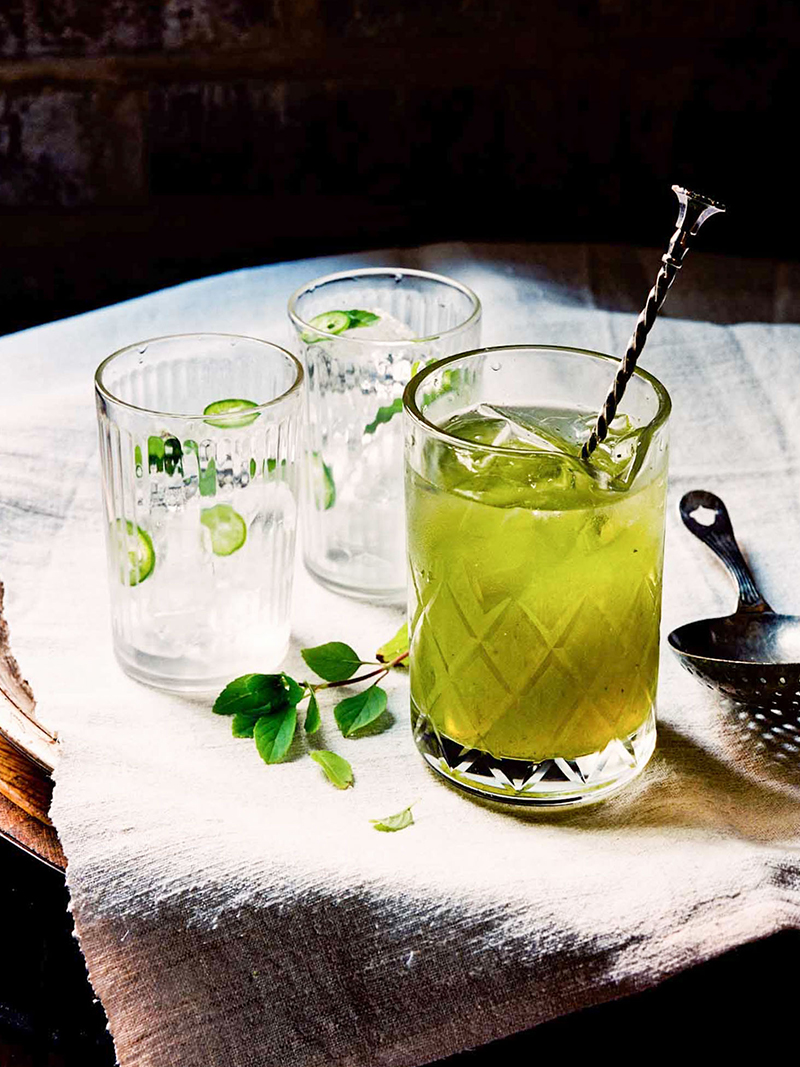 Stephen: If you were not a photographer, what would you be?

Peter: Honestly, probably a hermit in the woods or a commercial fisherman. Definitely not an archaeologist – which I studied in grad school! 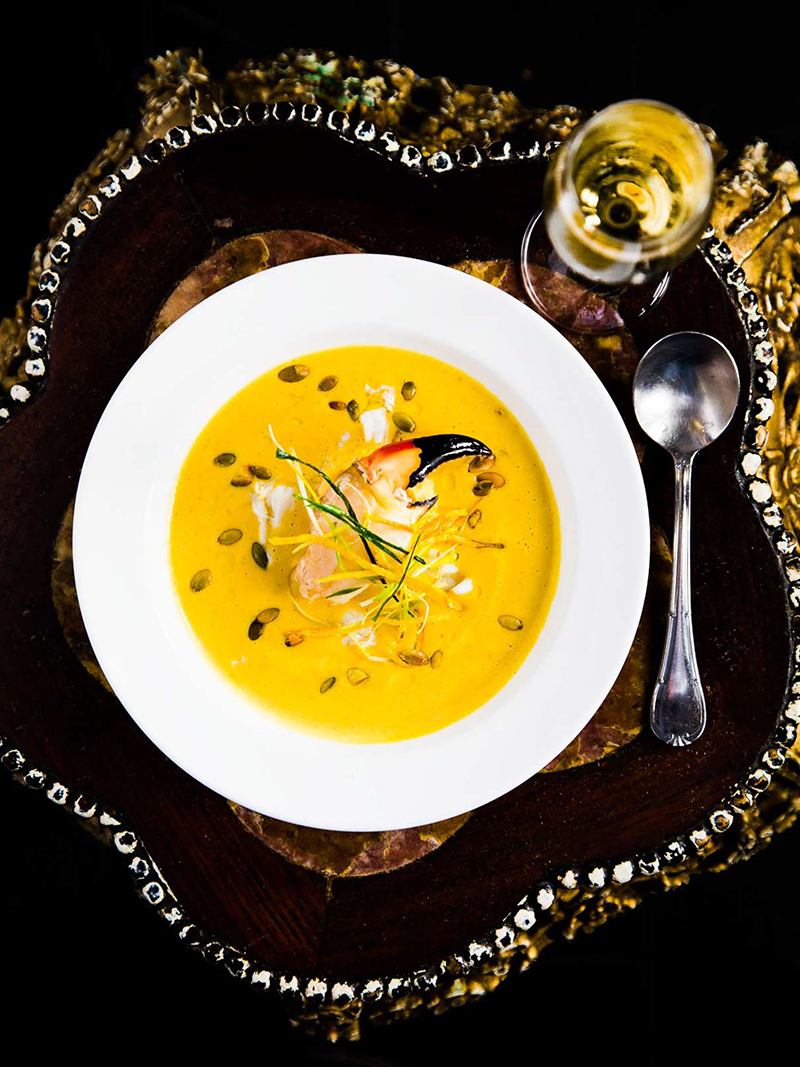 Stephen: If you could collaborate with one person living and one person dead, who would it be?

Peter: Okay, this answer could change from day to day, but today I would choose David Bowie – cause he’s been on my mind a lot since his passing. So visual. Thought differently. I would’ve loved to know the way that dude works. What makes his sense of cool…cool. You know what I mean?

Stephen: F– yes, I know what you mean!

Peter: My living person would be my dad. My dad would not be considered an overly artistic person, but I would be so interested in getting to know his aesthetic, his process, what makes him tick, and what directions he would go. 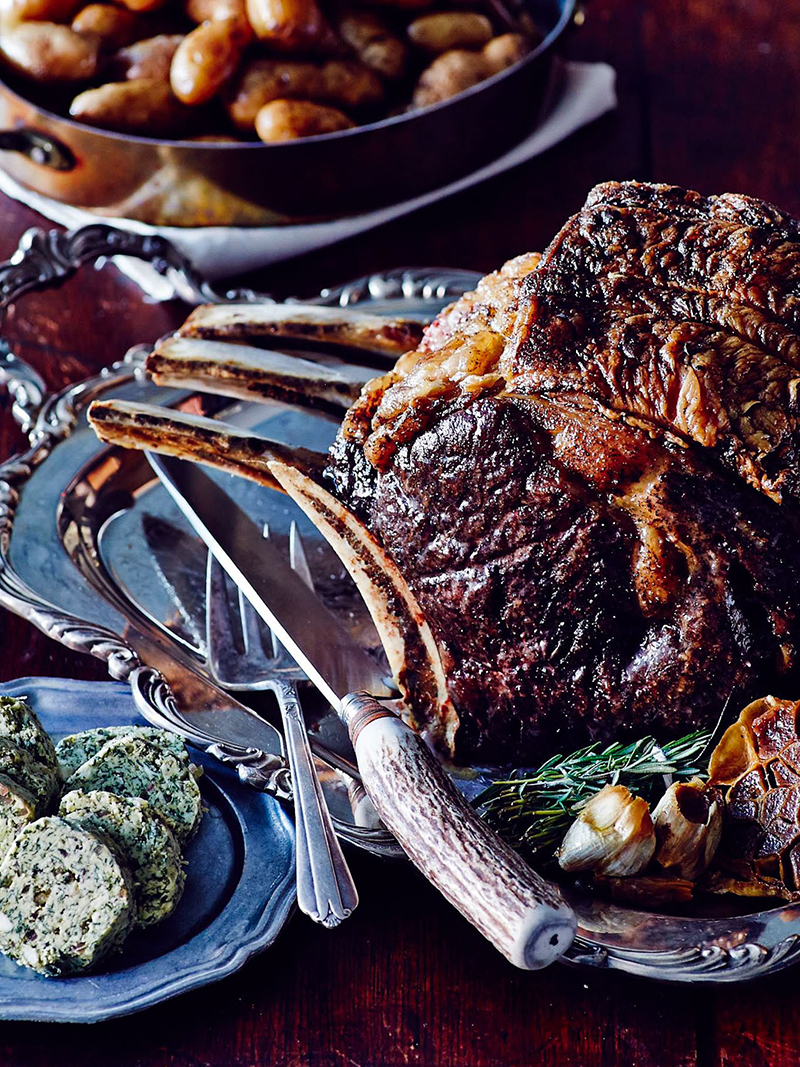 Stephen: What would be your last meal on earth?

Peter: F– man, that’s depressing as hell! At the cabin in Maine. And I would have swam, fished, cooked whatever we caught over the fire, and worn a sweater at night. Drinking pink GT’s (angostura gin and tonics), some Coors, ribeye, lobster, corn on the cob, vanilla ice cream, bottle of Laphroaig, and – if I’m lucky enough – 10-15 friends and family. That would be really cool.

Stephen: What’s the most important lesson you have learned personally and professionally?

Peter: Dang man, these are big questions! These are life questions! Torres is a powerful force. That’s one lesson I have learned! 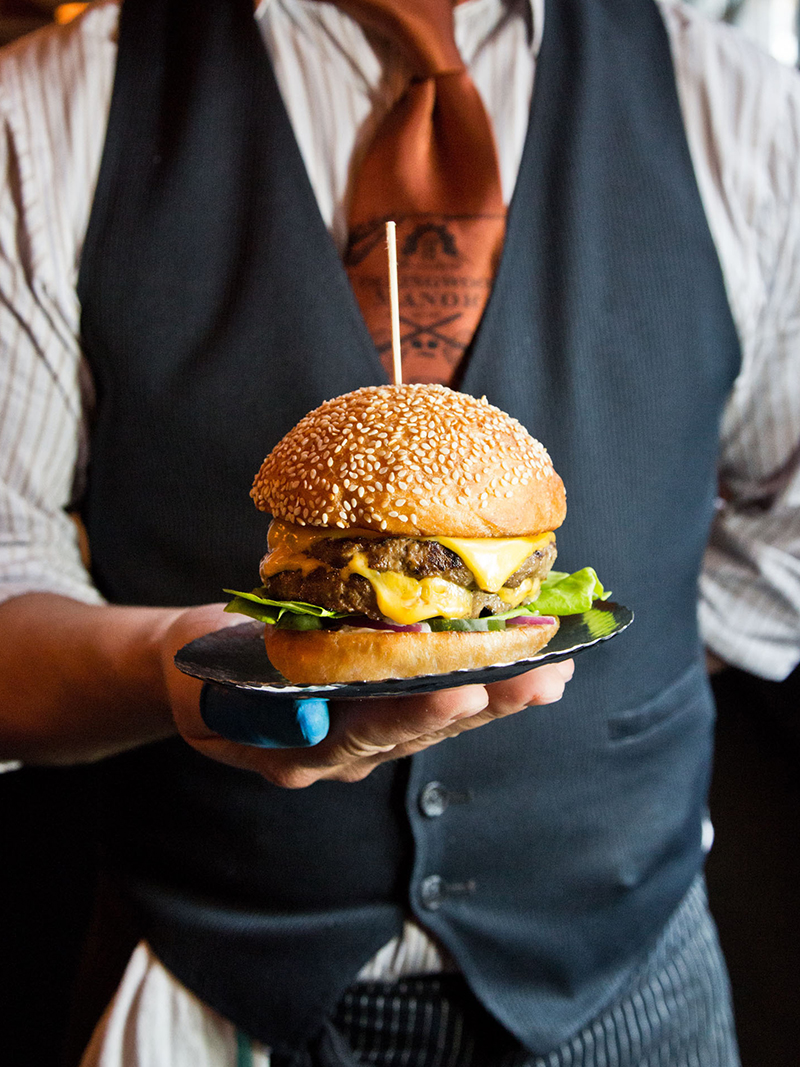 Stephen: You didn’t think this was just going to be about food and photography, did you? C’mon! I want to know what makes you tick! It’s about you. Not just what you do.

Peter: Slow down a little bit, and be patient. It is a very hard thing for me. I’m always very ready to go. Learning to chill out about everything is important. The cliche is everything is coming so fast, to a degree it’s true. Life is more enjoyable for myself and the people around me when I can chill. 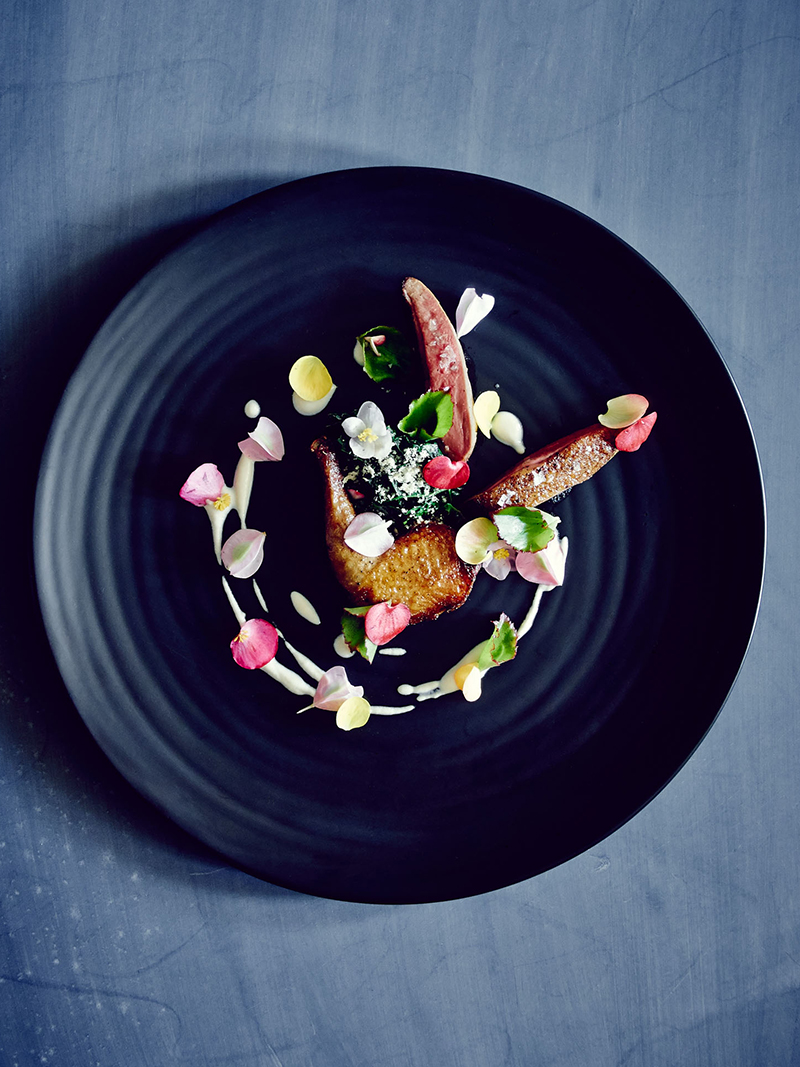 Stephen: Five artists you would listen to…

Peter: “Sympathy for the Devil”. But “Miss You” – close second. 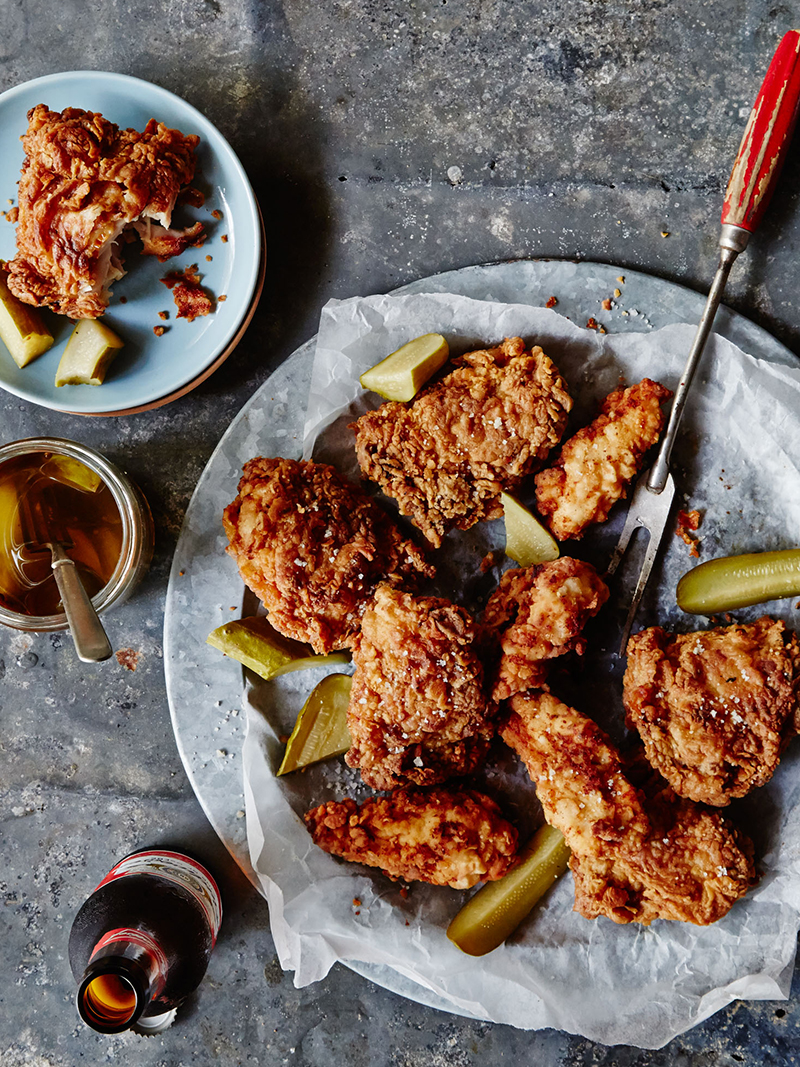 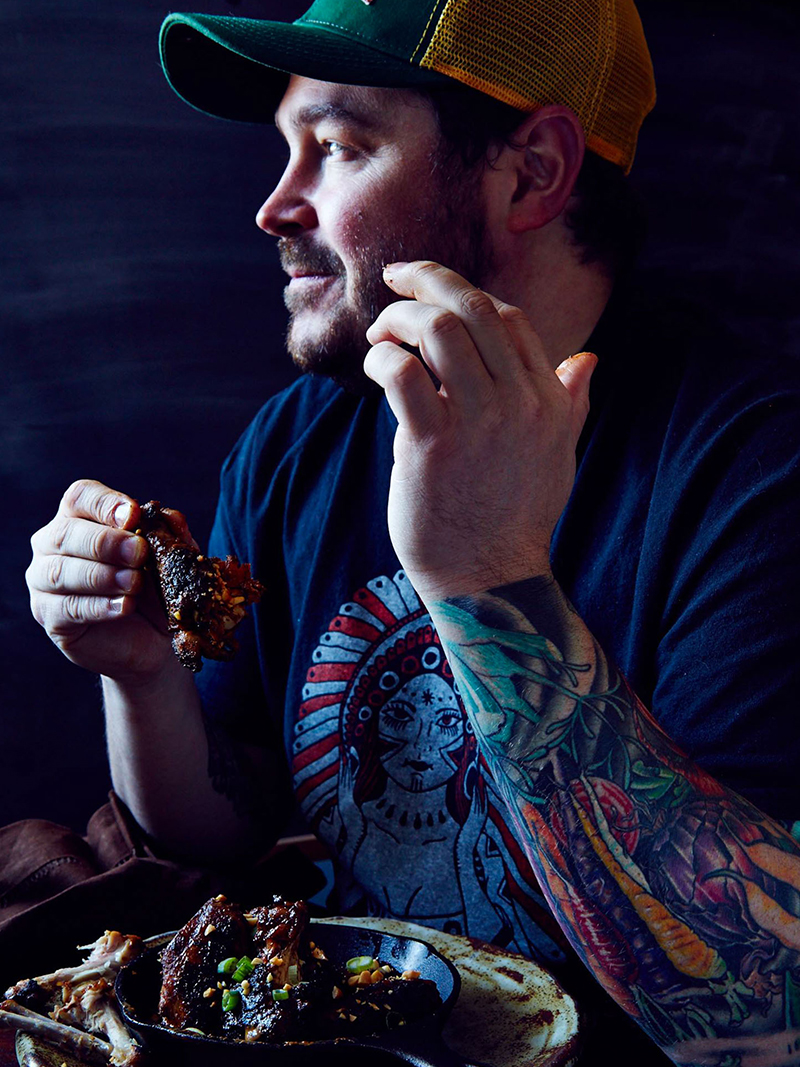 Stephen: Advice for a young photographer.

Peter: Shoot what you love, and don’t shoot what you think people want you to shoot, because if you have any success, you are going to wish you shot what you wanted to begin with. Life lesson for me – when I started, I couldn’t imagine shooting people. I thought I was going to take landscape photos. I thought I had a point of view, so people would be interested in them, but ultimately, as I got older and got out of whatever shell I was in….I realized I loved working with people and food. Big credit to the chef I worked with.

Stephen: You are the best man. Thank you.

Missed out on the inside scoop of Bill of Fare Magazine? Check out behind-the-scenes here.

Bill of Fare Magazine is hosting an event at Rolf and Daughters restaurant! Get your ticket now.