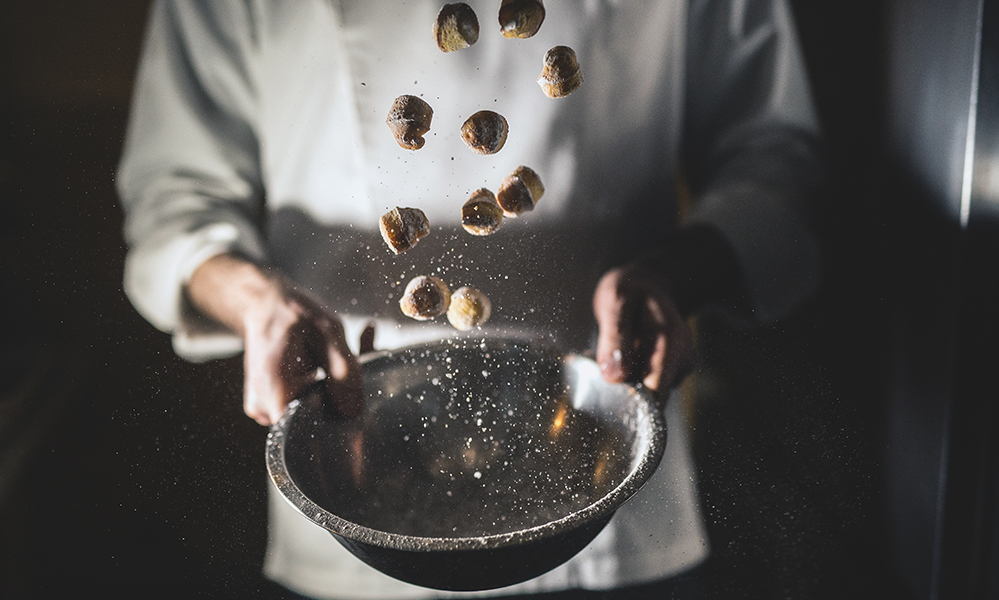 You’ve probably already seen his photography everywhere. Based in NYC, Daniel Krieger is an award-winning food, restaurant, and portrait photographer with a distinctively unique ability to capture moments and subjects down to every specific detail. Just a glance at any food photograph will get your mouth watering as you vividly imagine the flavors and textures. We were curious to meet the man behind the lense, and we are now pleased to present to you – Daniel’s story.

Born in Connecticut, Daniel Krieger wasn’t introduced to a camera as early as you might think. He spent his undergrad years “eating a lot of large sandwiches in a dorm room and watching episode after episode of The Simpsons and Dr. Katz,” and worked as a researcher afterwards. It wasn’t until his mother lent him her Nikon Coolpix that his true journey began – sandwiches still involved.

Please tell us about yourself. Where did you grow up, what did you study, and how did you transition into photography?
I’m from Connecticut, originally, and [I] studied (if you can call eating a lot of large sandwiches in a dorm room and watching episode after episode of The Simpsons and Dr. Katz…studying) and began working as a researcher after undergrad. I had ambitions to get a Ph.D in something but didn’t really take to school, so had to figure something else out. 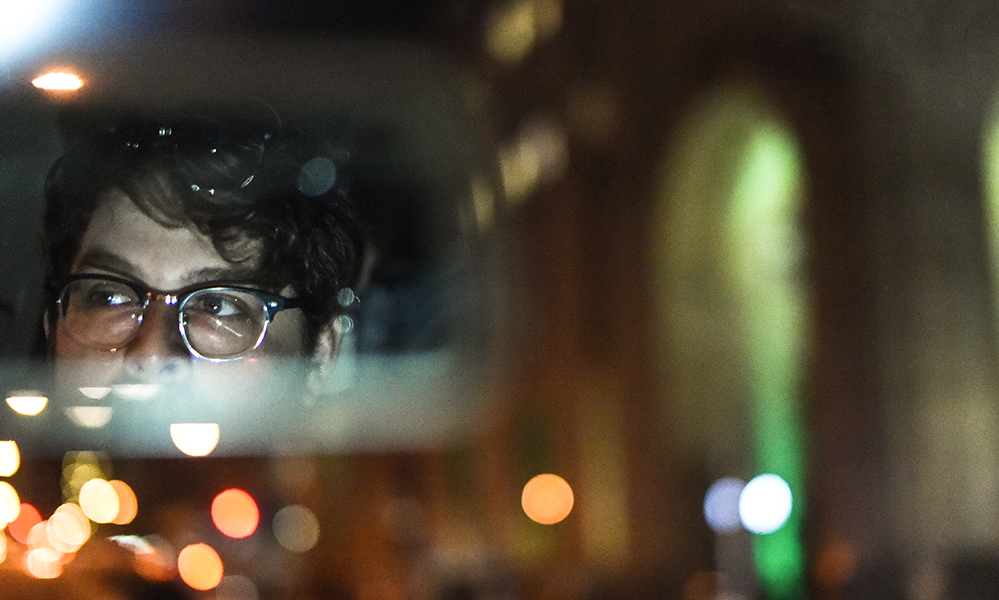 My mom let me borrow her Nikon Coolpix – which, at the time, was quite a modern digital camera. I believe it cost about $800. It took decent digital images. I used it a lot for street photography and eventually got a Nikon D70, which is what really sparked my interest in photography.

When people asked to pay me to take photos for them, I realized I had found a way out of a desk job – and took it from there. 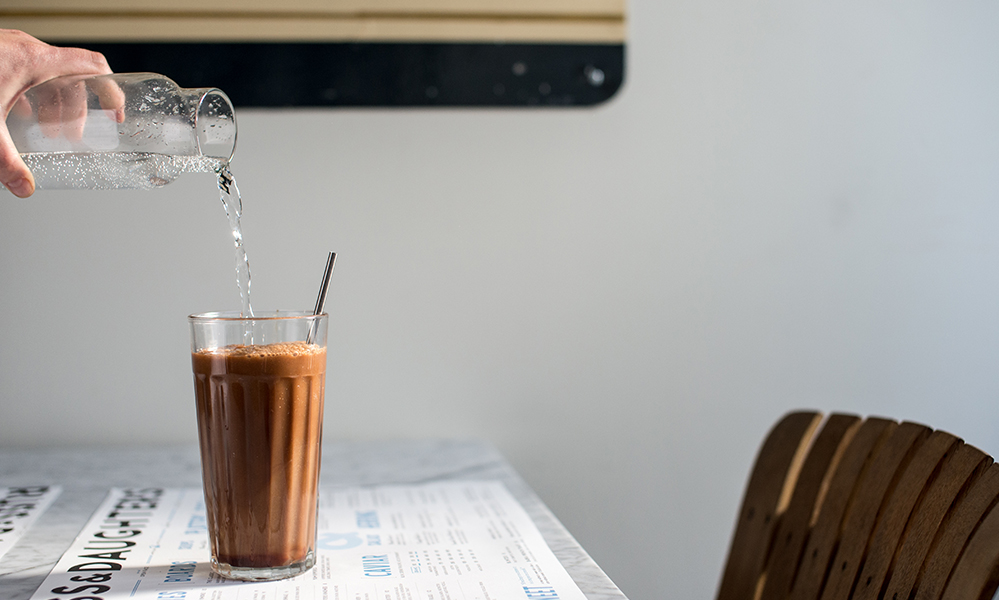 How would you describe your personal and professional style/aesthetic?
I try to be professional in most things I do. I take my career seriously and focus on my photography first, but business and relationships [are] a close second. I like clean, well-lit images that present the subject – whether it be a plated piece of food or a portrait of a chef – in the best possible light/composition. 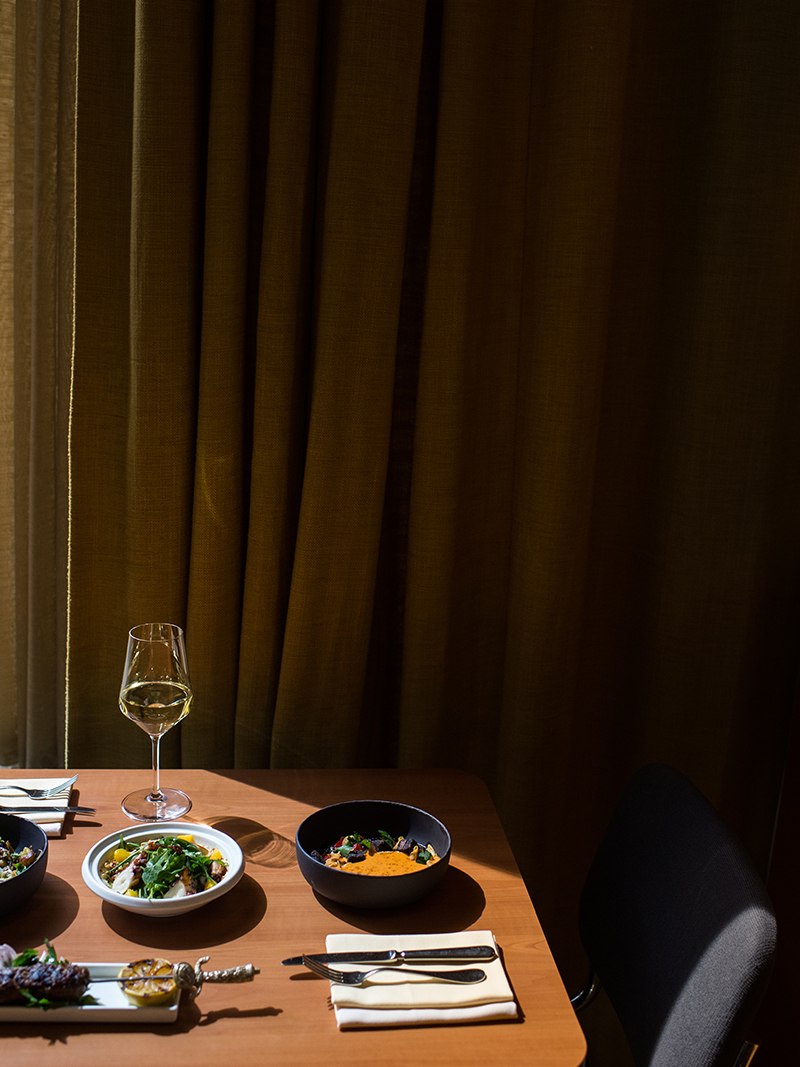 What or whom is your most unique source of inspiration?
My amazing partner, Jordana Rothman, has encouraged my career from the beginning and continues to do so today. I love seeing what she’s up to, because it’s always something interesting and filled with life. Instagram has an endless supply of gorgeous images that I pour over on a daily basis.

From O Ya, NYC. Shot for Eater. © Daniel Krieger

I will use a reflector here and there if someone wants to stand with it, but I try to get in and out of a kitchen, because I know how busy they are. I scan a room quickly to find the best possible position to create an image. I almost exclusively shoot using natural light when possible. I do play with artificial light here and there and understand it’s importance – particularly in commercial use. 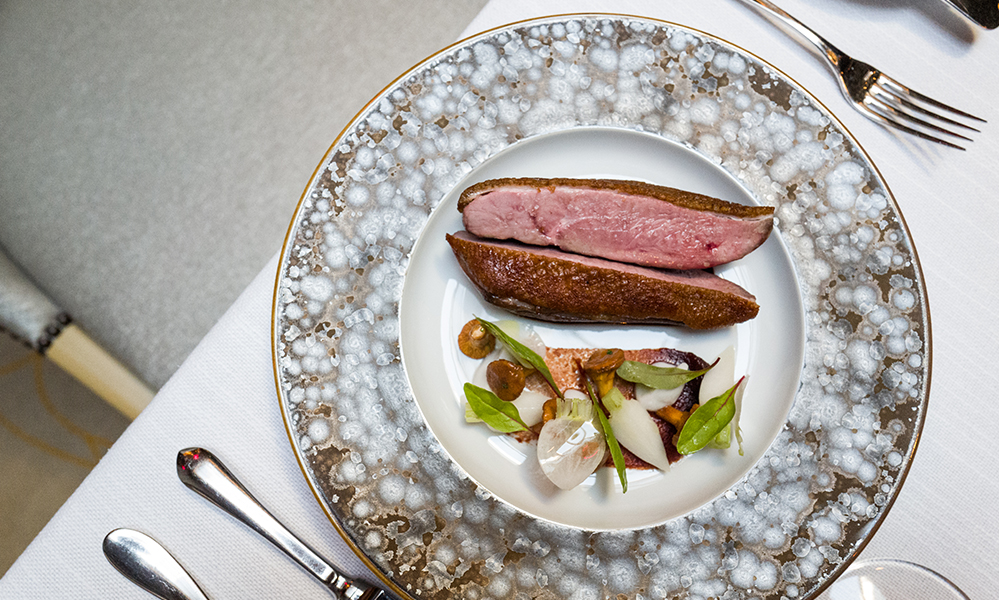 What are some challenges you face day to day?
Coordinating schedules between all the various publications and clients I’m working with can sometimes be a challenge. Lighting is always a challenge. Probably the biggest challenges is working in an extremely competitive field, such as photography, and attempting to move up the ladder as people younger are running fast behind you. It’s a lot of work. I listen to Rick Ross’s anthem Hustlin’ once a day, everyday. Keeps me sharp. 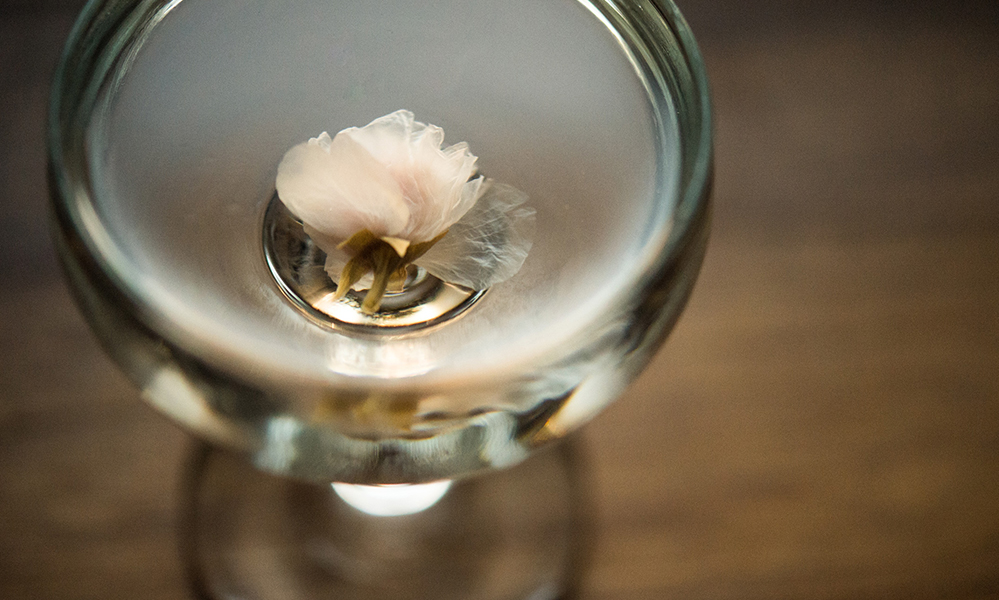 From your work, please select a couple of your favorites, and share the story behind them.
The first image is from a shoot I did for the recently opened Dominique Ansel Kitchen. This is a triple decker Paris-Brest – a French classic made with hazelnut mousseline and caramelized hazelnuts with caramel glaze and a gold leaf. I love working with Dominique and his partner Amy, who are two incredibly hard working, dedicated people. Seeing the creations that come out of that kitchen continually amaze me. 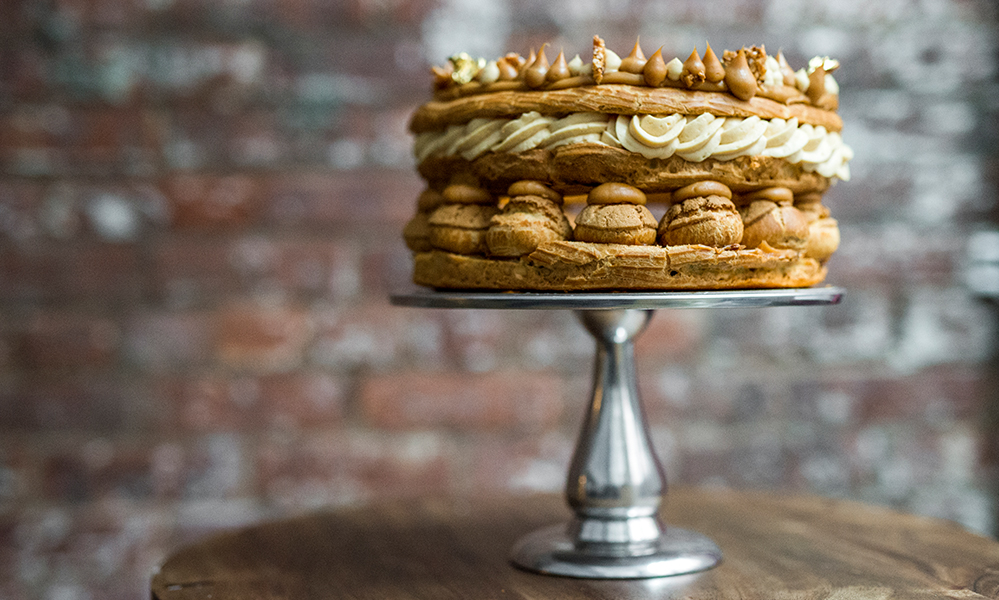 This second image is from a New York Times shoot I did with Dominique that would announce the opening of his newest place, Dominique Ansel Kitchen. Here he’s tossing chestnut financier with sugar.

Cafe Edison was a coffee shop in midtown that served food to regular people at decent prices. These places are quickly disappearing in New York City. I’ve been trying to photograph as many spots as I can like this because of that reason. Cafe Edison had been there about 35 years and was housed in a cool building. The food was okay – I’m sure they did some dishes like matzo ball soup really well – but it was a simple place where theatre people went to eat and talk and experience New York City. 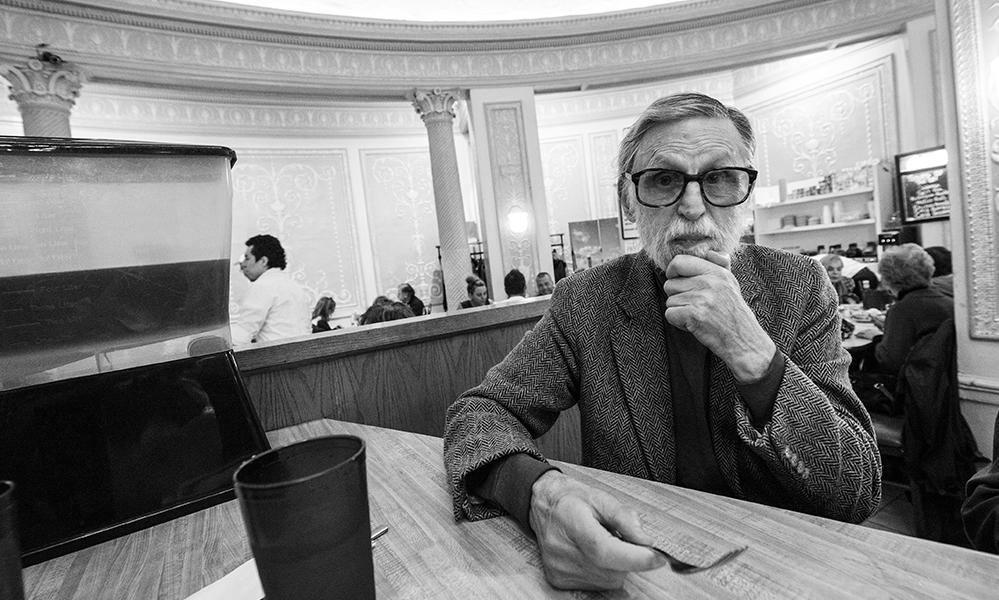 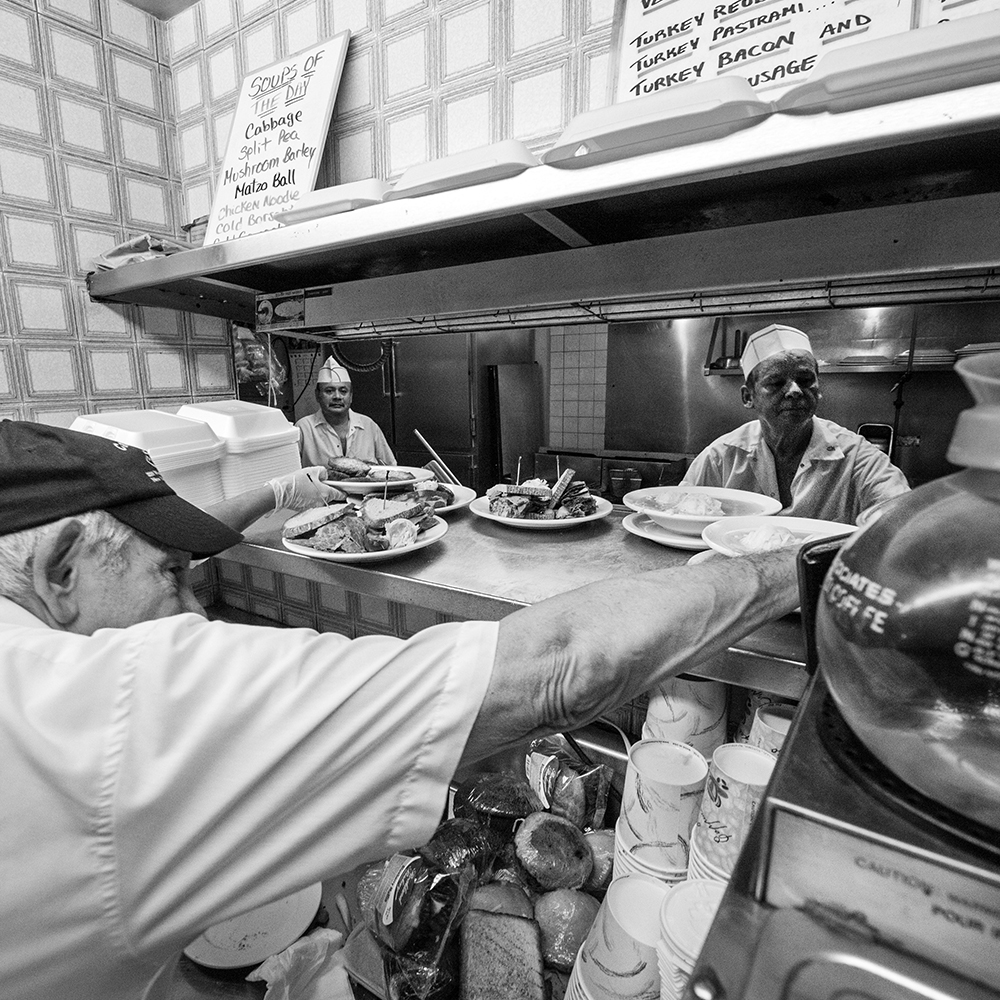 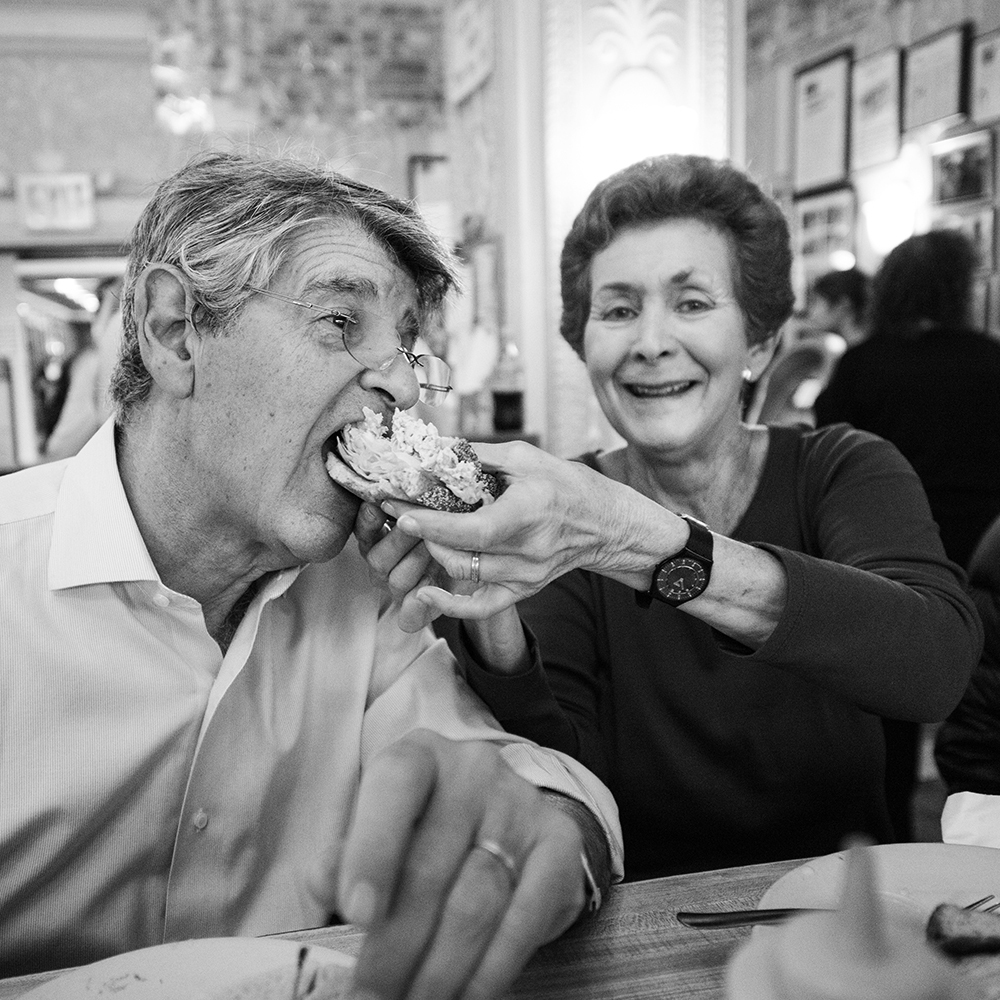 This is the Ozersky burger – a cheeseburger created to please the palate of recently deceased food writer Josh Ozersky, who unfortunately passed away earlier this year. I made it out to Dallas on a recent photograph trip [to] Taser’s restaurant Knife. This burger was fantastic. 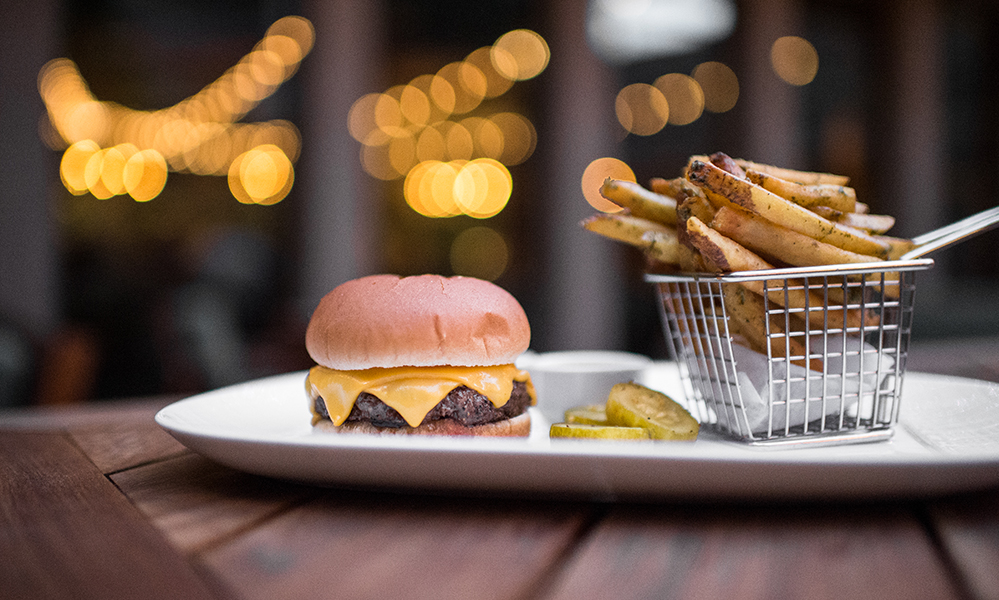 A photoshoot for Punch (http://punchdrink.com/), where I traveled to New Orleans and spent an evening photographing the scene at Bacchanal for a feature I do with Punch called “Bar Tripping.” This is an amazing venue, as they have a wine store attached where you can purchase a bottle and then go through the exit into their backyard and sit with your purchased booze and listen to live music and order snacks. It was a very festive atmosphere. This is a beer I grabbed from their store. 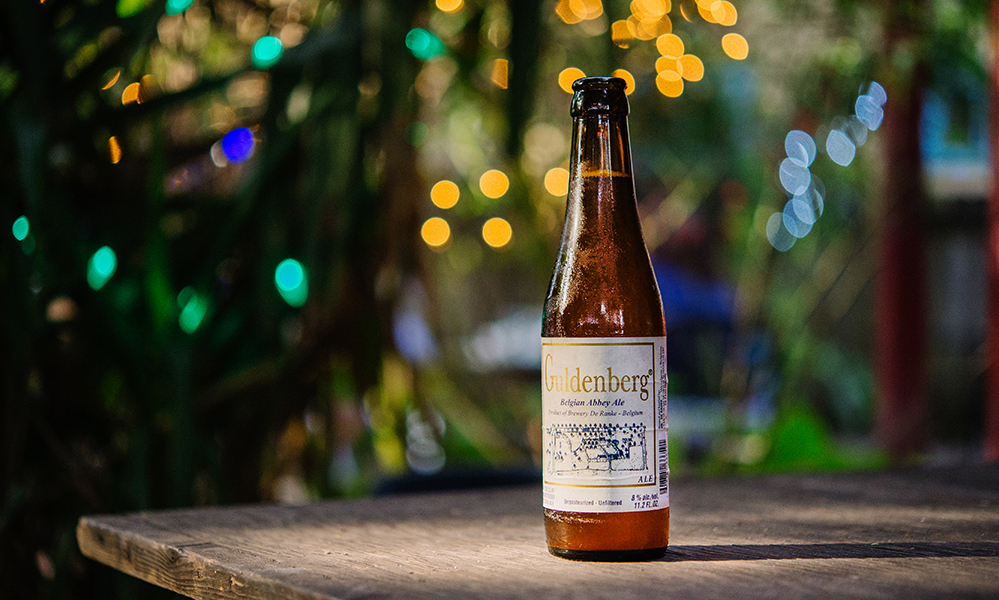 I spent a few days visiting some of the more storied BBQ spots in Texas, hitting as many as we could in a short time frame. They were all amazing, but we had a really beautiful experience at Louie Mueller. A pitmaster BBQ friend named Bill Durney flew in from Brooklyn to spend a day eating BBQ with us and introducing us to Wayne Mueller – heir to the throne there. My wife and I were blown away by the authenticity, feel, and – of course, most importantly – the BBQ we tasted that day…It was quite an experience, and this shot was taken later in the afternoon during a weekday lunch. 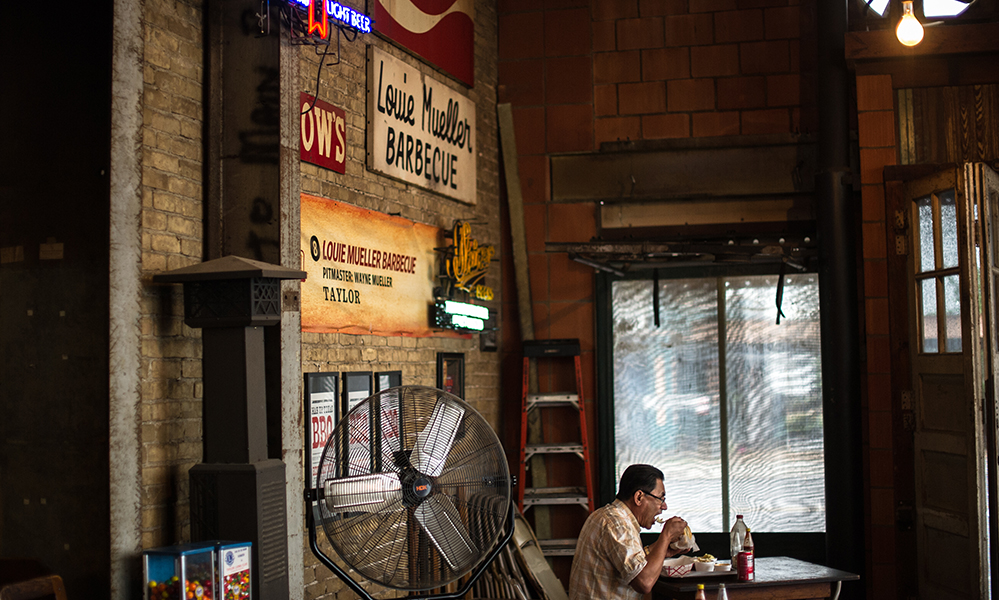 As someone so immersed in the culinary industry, what are your insights on the future of fine dining?
I think fine dining will proliferate in smaller satellite cities and large towns where the rents and expenses of running a restaurant are much easier to handle than larger cities like NYC. If I were a chef/restaurateur, I’d be eyeing something like Connecticut (my home state, which could use a few more restaurants).

Is there anything you’re tired of seeing or shooting?
I’m into enthusiastic people. So if you’re making a burger that I’ve photographed 1000x, but you’re super passionate about that burger and how you made it – I’m going to want to photograph your burger. It’s more than that one burger you’re making an image of. It’s a story you’re telling and relationships you’re making with the people making it. If I get bored of seeing or shooting something specific, I will move on to the next thing I’m interested in. 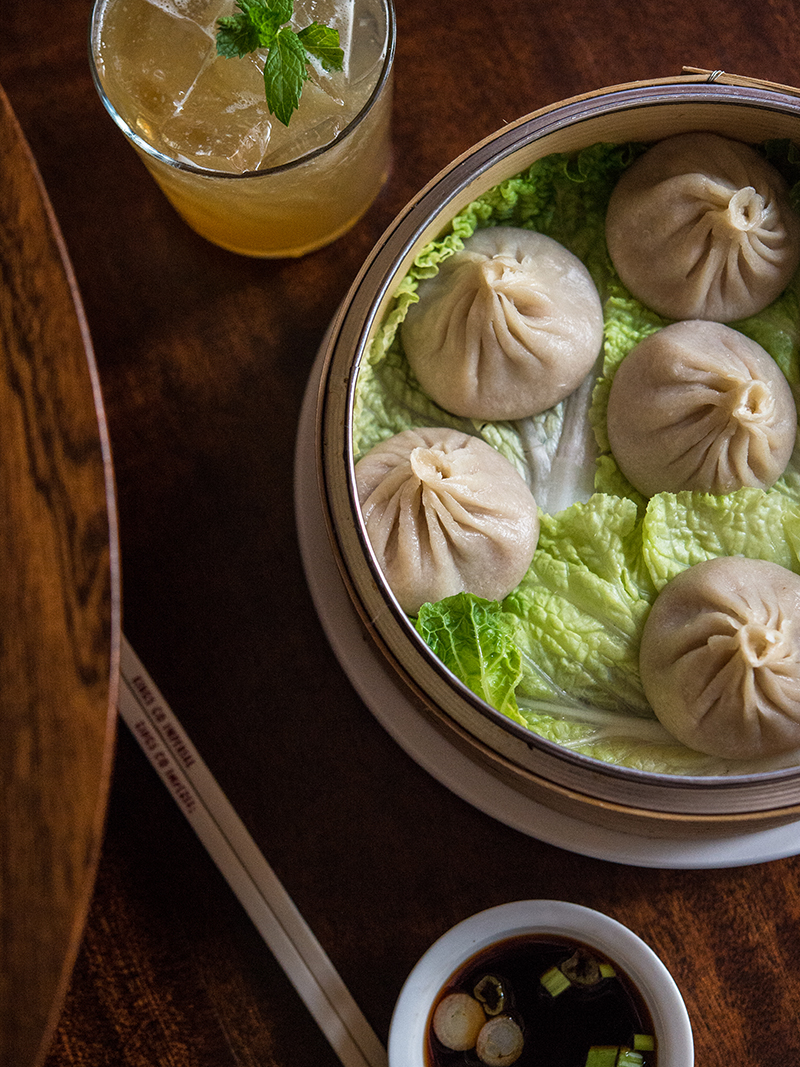 Favorite travel destinations?
New Orleans is such a beautiful, romantic, delicious city. I love the southwest in the USA, because the light and people are so fucking interesting. Marfa, Texas was a beautiful dream – like being on the set of a Twin Peaks episode, but in a dusty dessert town. I can’t wait to go to Tokyo for a second time and will probably say Paris, once I eventually make my way there.

Top 3 favorite spots in NYC.
Hometown Bar-B-Que has some of the best BBQ anywhere on the planet, and the owner Billy is a gem and a friend. There’s a bar I’m a partner in named Grand Army, and I’m there a lot recently, and I have been working a lot on our Instagram account. Tacos Matamoros – because it’s a totally chill place, and I love Mexican people and their food. This isn’t on the “places you need to eat at tour” in NYC, but I think about eating there more than you’d imagine. 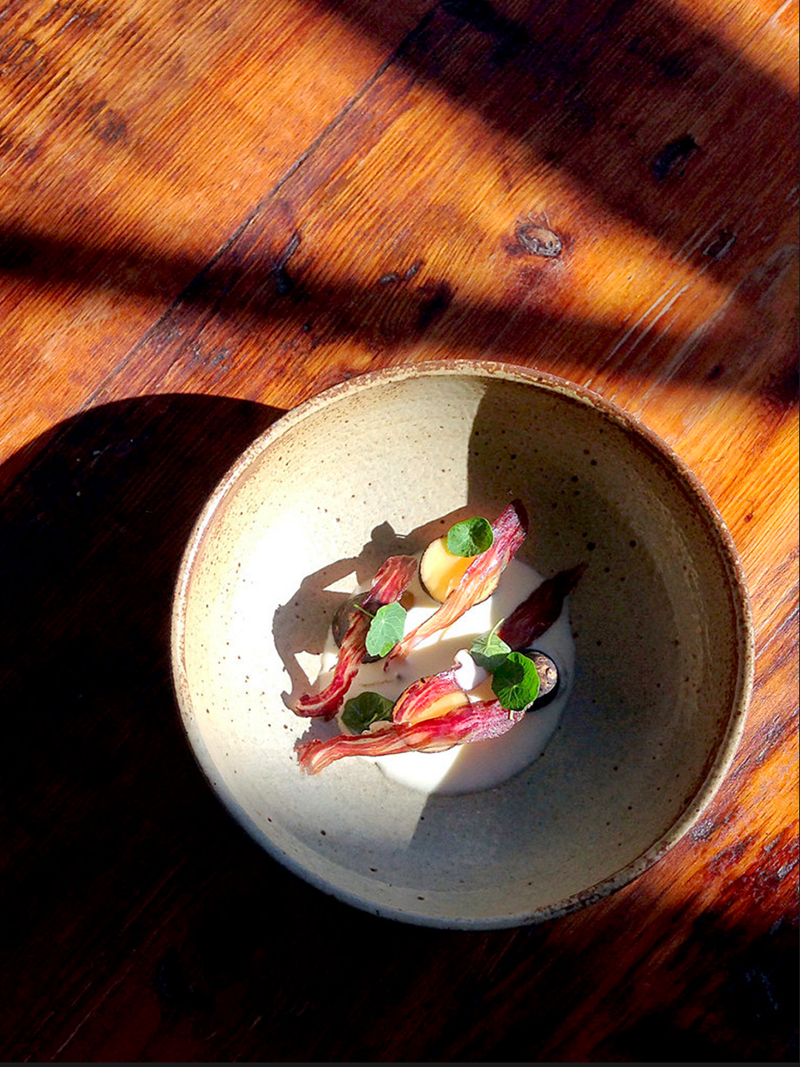 3 Instagram accounts you love right now?
@jordanarothman is taking her account seriously now, and it’s paying off.
People like @alexstrohl and @littlecoal make beautiful image after beautiful image.
@jnsilva is extremely talented and puts out great content.
@Kat_In_Nyc came out of nowhere to become a serious fashion photographer all because of Instagram…amazing story.
@thisfellow is putting out good content right now as well.

5 things you couldn’t live without?
I really love having my car, my cats, my Hasselblad, my iPhone, and my lady. 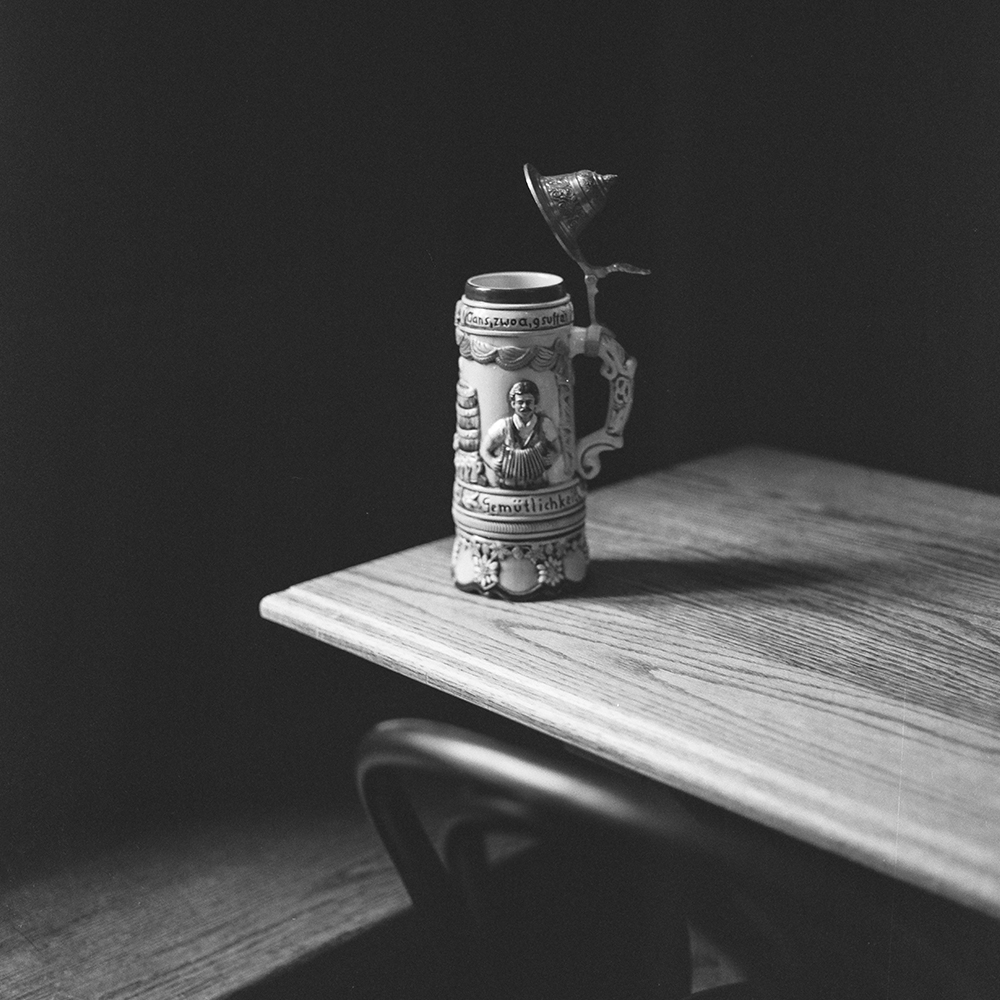 Any exciting projects coming up?
I’m working with a chef in New Orleans on a book project that I’m pretty excited about. I recently photographed The Craft Cocktail Party as well as Justin Warner’s book, so I’m starting to promote them now.

And finally, one personal tip for taking a great photo?
Take a lot of photos.