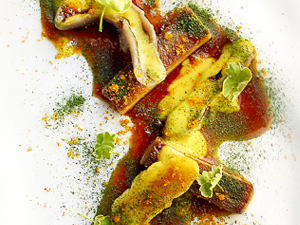 In the second of our Deconstructing The Plate series, chef Diego Muñoz of Astrid y Gastón (currently ranked number 18 in the “World’s 50 Best Restaurants”) deconstructs one of his favorite dishes from the restaurant called “Ajiaco de Papas y Lengua Estofada,” also translated as Potato and Beef Tongue Stew. It is no surprise that the plate he created for us is beautiful, thoughtful, and delicious.

The Chef
15 years ago, Diego Muñoz left his homeland and his engineering degree behind to pursue gastronomy, soon finding himself in some of the top kitchens around the globe like Mugaritz and elBulli. With a wealth of experience, Muñoz returned home to Peru and has since been doing incredible things in the kitchen working to both preserve and reinvent Peruvian cuisine by delving deep into its ancient history and influences.

See what this lauded chef has to say about his plating style, and watch as one of his favorite dishes comes to life.

Potato Ajiaco and Beef Tongue Stew
“The inspiration came from 2 traditional preparations in Peruvian gastronomy: the Potato Ajiaco, and the Beef Tongue Stew. This dish is a combination of both – made our way. I like to keep it very simple and tasty all over the plate, trying not to put any piece of the recipe outside the rest.”

In order to make this dish, Muñoz takes Peruvian native potatoes, cooks them, dehydrates, and then rehydrates them in a mixture of beef jus, pan-fried cooked veal tongue and beef reduction.

“The flavor is a mixture of a beef stew and a creamy potato dish, helped with the presence of the veal tongue and its particular texture. Then we have a little kick with the rocoto chili powder and some parsley leaves,” says Muñoz. 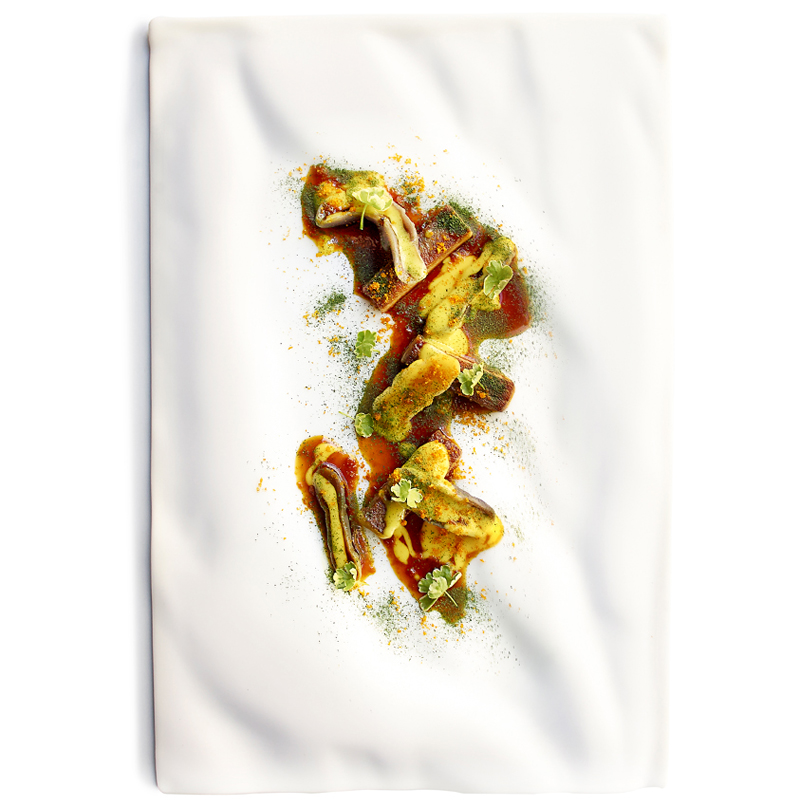 Plating
As for plating, Muñoz might keep his plating on the simpler side but the flavors he creates are elevated, still evoking a sense of comfort.

Dynamic, free, and clean are the three words Muñoz chose to define his plating style. He goes on to say, “Because I think it has good amount of colors, even though it is not a colorful dish, it represents a potato stew. I think it’s colorful enough for that, and it is very free to plate.”

The plate chosen to display the food can become almost as important to the chef’s style as the food itself. Diego tells us this particular plate is made by the guys of Luesma & Vega in Catalunya. “We developed a small collection together for our current menu Memories of My Land, and we decided to serve pretty much the whole menu in white plates with a rectangle patron that can change on volume and design.” 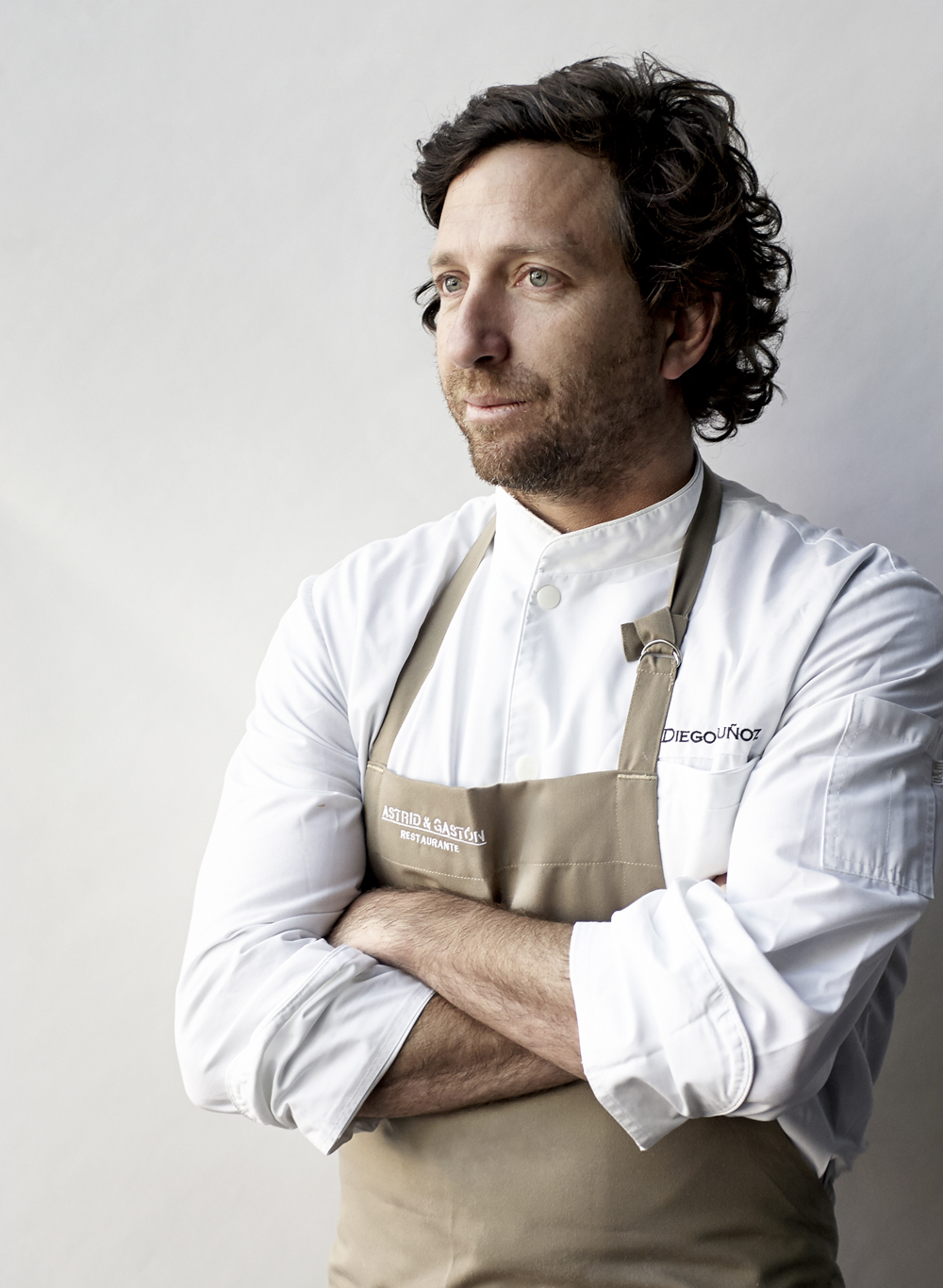 Peruvian Native Potatoes
Uniting two traditional dishes together and plating it beautifully is not what makes Muñoz’s dish so special – it is his gusto for working with potatoes.

There are about 5,000 varieties of potatoes worldwide and about 3,000 of them are found in the Andes alone — mainly in Peru, Bolivia, Ecuador, Chile, and Colombia. Each year, Muñoz and his team works to bring back forgotten varieties of this ingredient with the help of small farmers and producers.

“When I came back from Australia to Peru to develop the new Astrid & Gaston restaurant, it was the beginning of a relationship with a particular potato farmer named Edilberto Soto Tenorio. I asked him if I could go up to Ayacucho and work with them to see what it takes to grow potatoes over 3,500 meters above the sea level. I went and did all the steps of the season with them until the harvest. It nourished me a lot and my vision as a chef of this particular produce. My favorite one is the Amarilla Runtus and the Leona variety.”

Whether inside or outside of the kitchen, Muñoz creates magic at his fingertips with the seemingly most common ingredients, such as potatoes — showing us how much depth and potential such a simple ingredient has to offer, once explored with passion and imagination.
Photography by Signe Birck.