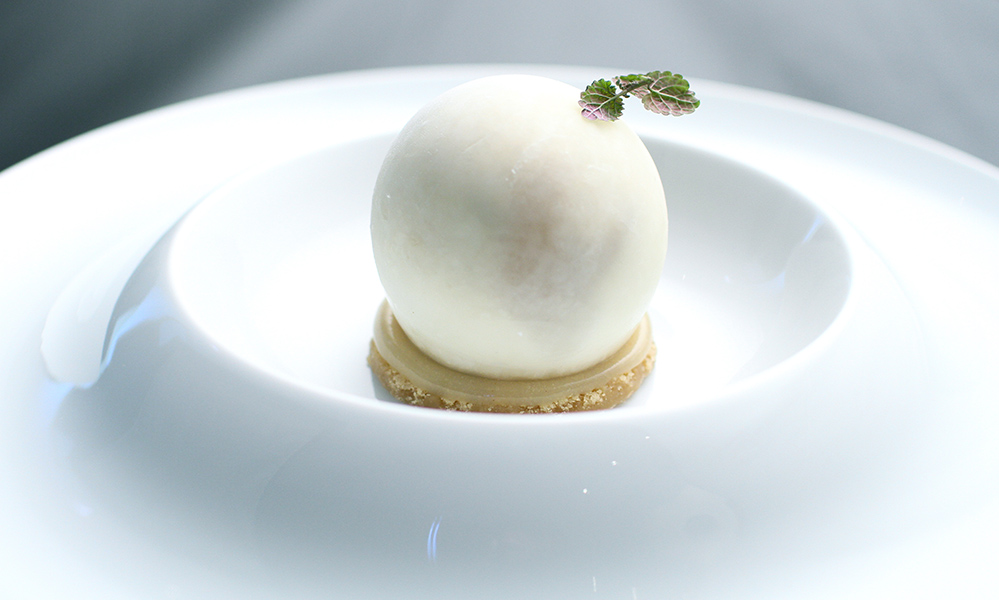 Chef Curtis Duffy has put everything in his being into succeeding as a chef and creating his own restaurant. He was drawn to the kitchen at a young age during his difficult childhood because of the confidence and inspiration he found when he was playing the role of a chef. From there, he rooted himself in cooking and transformed his identity and passion into a career and lifestyle.

Opening Grace in 2012 was a significant and vulnerable moment for Duffy, but his work and aesthetic has been recognized with Three Michelin Stars in the Chicago 2015 Guide, AAA’s Five Diamond Rating, Forbes Travel Guide’s 5 Star Rating, Robb Report’s Best Restaurant in the World 2013, and Chicago Magazine’s Best New Restaurant.

Through these dishes, Duffy’s personality is reflected in different styles and tell a story of hard work, dedication, and the aim for perfection.