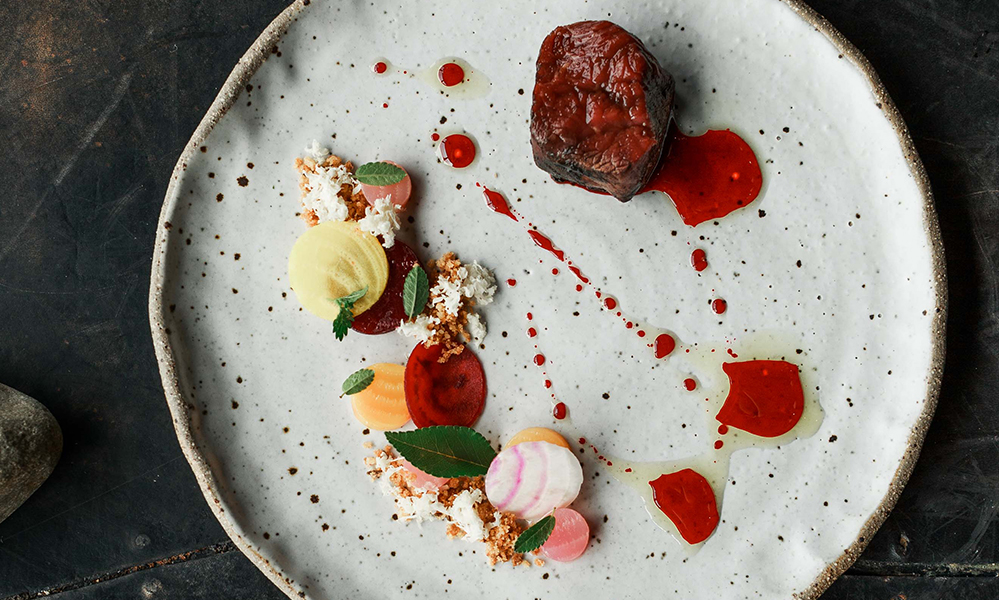 Vue de Monde has been recognized as one of Melbourne’s best restaurants for over a decade. After several relocations around the city, it remains one of the most sought after restaurants to dine at for locals and foreigners alike. With the help of his team, Chef Shannon Bennett has evolved with the times and his restaurant continues to thrive today. So how does an Aussie with highly trained skills in French cuisine see the world? Just take a look at the dishes he creates.

Chef Shannon Bennett has eaten the world – with beginnings in cooking with classical French cuisine to using the innovative cooking tools of today, this decorated chef has redefined haute cuisine with his own personal touch. Vue de Monde translated from French means “world view.” So quite literally, Chef Bennett has taken his life and career experiences from around the world with him, and transformed them into modern interpretations of Australian fine dining.

He has published several award winning books including My Vue and My French Vue and been recognized as one of Australia’s leading chefs since the early 2000s. For several years, Chef Bennett has made it a personal goal for Vue de Monde to be Australia’s “most sustainable restaurant” by using ingredients and resources that are local and in-season. With this, he uses several revolutionary techniques in his kitchen including cold kitchen technology, in which there is no gas or flames being exposed. Bennett has a way of moving forward with the needs of the global food stage and the environment, while creating refreshing menus with exquisite taste and stunning presentation.