A Platter of 9 Delicacies by Chef Jungsik Yim

Straight from the only kitchen in South Korea to have michelin stars to its name, is chef Jung Sik Yim’s modern twist on a traditional dish known as Gujeolpan, a dish served to Korean royalty during the 15th century. While keeping the traditional presentation the same, chef Jung Sik Yim incorporates modern but well-known Korean flavors to make the dish his own.

Check out the recipe now:

Serve in a nine-sectioned round dish, making sure to separate similarly colored foods. Place the avocado on top of the guacamole. Place the yellowtail in the center and drizzle with lemon dressing. Immediately before serving, sprinkle finely grated, dried seaweed on the yellowtail. 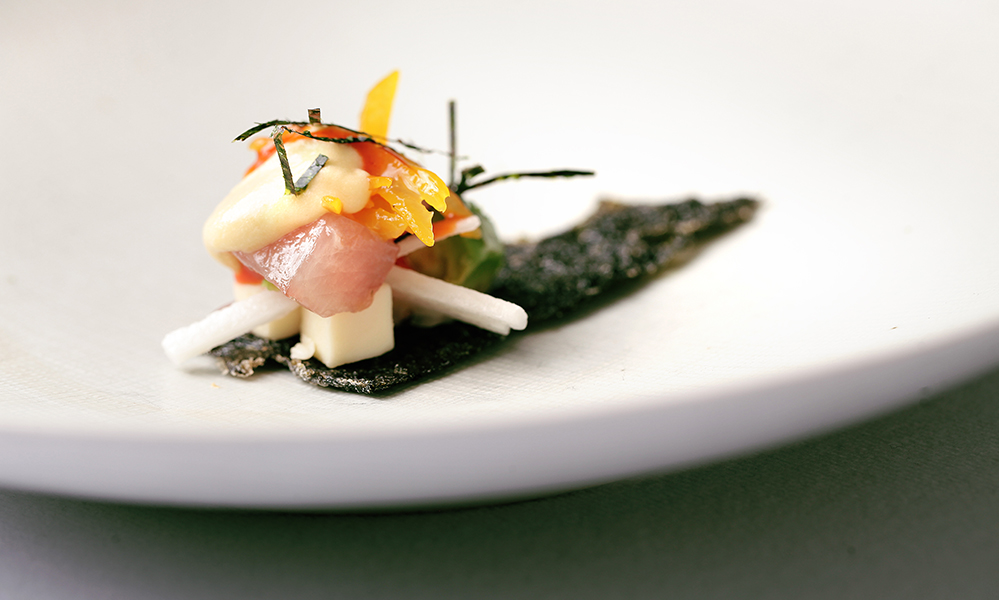