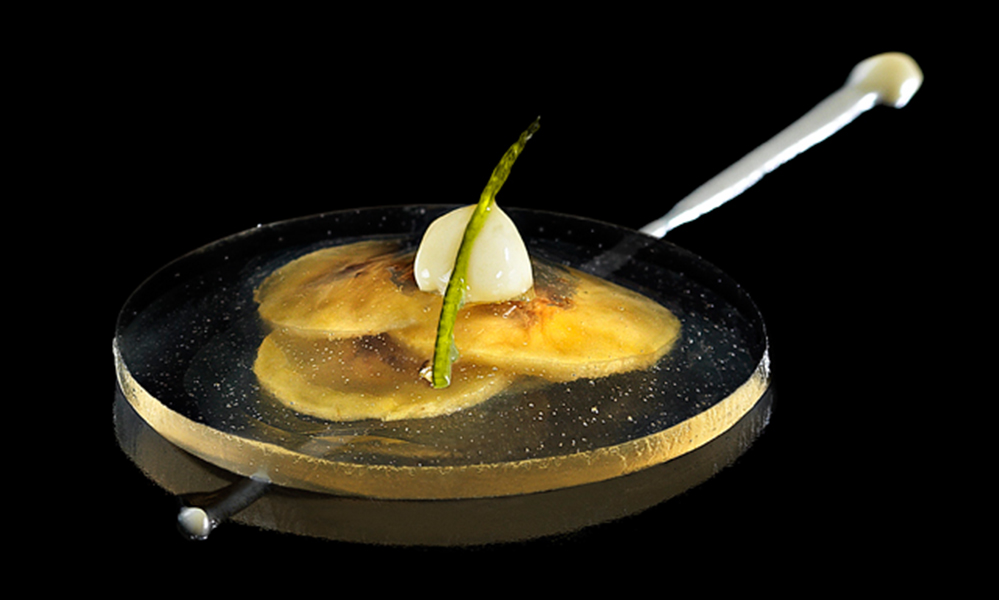 Born during a time when there was little to no clear definition of Brazil’s flavors, restaurant D.O.M. took on the mission of reinventing the exotic flavors of Brazilian cuisine. Dedicated to using the land’s incredibly rich and diverse natural resources, former DJ and now head chef Alex Atala frequently visits the Amazon in search of new and unlikely ingredients to add to his cuisine. Read on to find out how chef Atala incorporates a root originally used in cosmetics into his ravioli recipe.

With two Michelin stars and a No.9 ranking on the World’s 50 Best Restaurants, D.O.M. has certainly earned and maintained worldwide recognition and critical acclaim. Chef Atala’s brilliant interpretation of Brazilian cuisine enhanced by exotic Amazonian ingredients are truly what create an other worldly experience for his restaurant’s patrons. Some of his favorite ingredients from the mystical rainforest are jambu, a tongue-tingling herb, and priprioca, a fragrant root he uses in this recipe.

A quick word from chef Atala on his use of priprioca:

“I was astonished by priprioca’s perfume. However, until then that root was used only by the cosmetic industry. The doubt was on whether it could be used for food or not – not even the native Indians used it for that specific end. We decided, then, to partner up with Givaudan and go into a series of tests and research. The result was quite positive.

Priprioca is one of the many ingredients we use at D.O.M. that brings both social and environmental benefits that are higher, if not greater, than the quality of the product itself – which is very outstanding. The use of priprioca in haute cuisine valorizes the product, cooperating for its extraction to be made in a more sustainable way and helps the survival of the local communities.”

With the help of a pastry bag, finish the raviolis with a drop of créme patissiére and lemon zest. Put 2 raviolis in the center of the plate. Finish with the priprioca caramel.