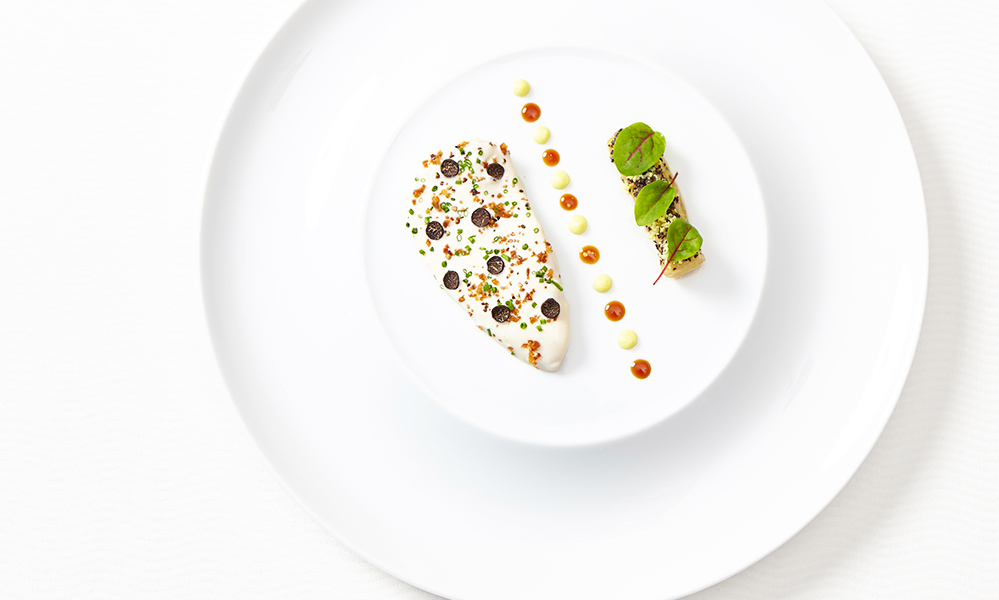 Just in time for Thanksgiving, we were fortunate enough to receive a recipe from Chef Thomas Lents of Sixteen, in Chicago, that encompasses the warmth, richness, and brilliant flavours of the Autumn season.

Sixteen has been recognized as one of Chicago’s finest restaurants since 2010. But when Thomas Lents entered the kitchen in 2013, his talent took Sixteen to new heights. Upon his first year as head chef, the restaurant was awarded with 2 Michelin-stars for the first time – which have since remained.

Chef Thomas Lents uses French techniques and a modern approach with a calculated precision to create his own brand of American cuisine. This holiday season, take the vision of this brilliant chef into your own kitchen and prepare it for family and friends alike. They won’t be disappointed.

Chef Lents on the dish:

“This dish highlights the importance of clean cooking techniques. It was important to mirror the attention to detail in the cooking in the style of plating.”

Place the hen in a large cocotte with additional garnish and cooking liquid (not glaze). Bring to a simmer and steep for several minutes. Present to the table. Return to the kitchen and remove breast, reserving thigh for second service and removing skin. Trim the breast to 40-50g portions while maintaining breast shape and removing tendon.

Bring hen glaze to a simmer. Add créme fraÎche to thicken and form a heavy glaze. Warm breast in the glaze and coat well. Remove from the pan and garnish with chopped skin, truffle punches, chopped chives, and pepper mignonette.

For a glaze with truffle juice, chicken bouillon and jus, truffle vinaigrette and butter: Warm breast and glaze leek cut in half lengthwise. Remove and pour additional glaze over the top. Grate frozen egg yolk over the top and sprinkle with chopped truffle. Garnish with leaves of red ribbon sorrel.

Alternate dots of lemon confit puréee and reduced chicken jus across the table. Carefully place the breast on one side and the leek on the other. 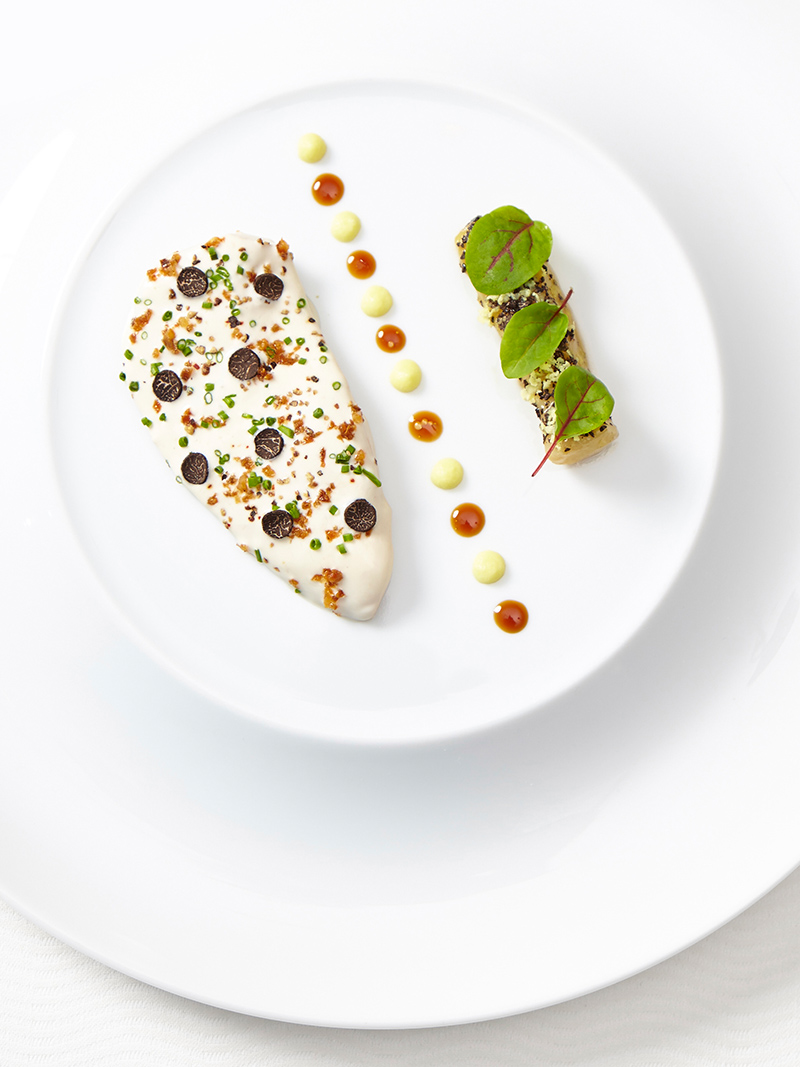