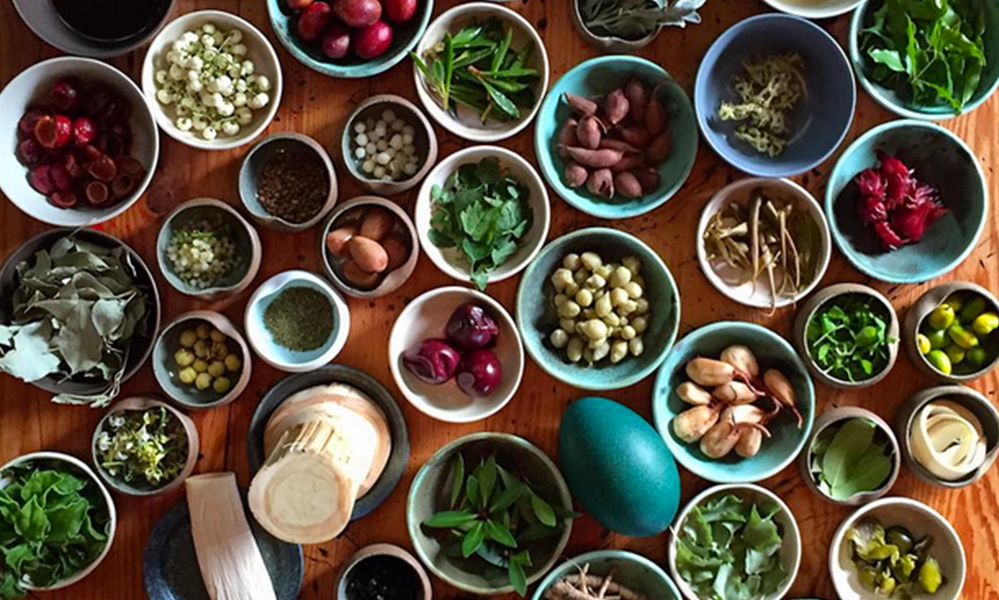 Hey Noma, why don’t you use these in Australia?

When Chef René Redzepi and his Noma team decided to pop-up at Japan’s Oriental Mandarin Hotel in early 2015, the culinary world was set aflame – with the waiting list racking up over 60,000 hungry and hopeful patrons. With Noma’s residency in Japan still fresh in our minds, it seems like within the blink of an eye, Redzepi is at it again! But, this time – his heart is set on Australia.

If you ask devoted followers, colleagues, and critics what makes Noma so remarkable amidst the fast-paced, ever changing, and competitive culinary world, the answer is simple: Chef René Redzepi is in the driver’s seat. Based in Copenhagen, Noma rose to fame and continues its legacy through the use of local plants, flowers, and herbs foraged by the chef himself – bringing the Nordic landscape to the table. Redzepi took this philosophy with him to Japan, where he utilized ingredients iconic to Japanese cuisine and landscape, and he’s taking it with him to Australia. We’ve been keeping close tabs on the chef, and it seems he’s already been getting a taste for what the land has to offer.

“Australia has always drawn me in; but what really boggles my mind is the differences you find in its landscapes and ingredients – I have never seen anything like it,” says Redzepi. From the tropics to the bush, Australia’s biodiversity is quite expansive, so there’s a lot of ground (and sea) to cover.

After a bit of our own research, here’s a list of some ingredients we hope to see on Noma‘s ocean-inspired menu in Sydney, this coming January 2016:

SEAWEED
It comes as no surprise that the Australian continent is known for its incredibly rich diversity in seaweed and algae.

SEA PARSLEY
While parsley is abundant in many parts of Europe, the salt factor is what makes this plant unique to the Aussie region. Sea parsley grows along the coastlines, giving it unique and salty attributes from the soil and sand it grows in. This herb best makes an appearance in in soups, dressings, white sauces, and wonderfully accompanies seafood dishes.

MARRON
Hairy, tiger, red, or blue – whatever the variation, these delicious and wild Australian crayfish are the third largest in the world! Typically found on the South-West coast, Marron is distributed all over Australia. And might we add, we are absolutely amazed at the vivid and eye-catching blue marron. These once rare creature are now farmed in aquariums, but it’s no wonder why they are in such popular demand!

QUANDONG
A wild name for a wild peach that looks more like a berry. Nonetheless, no fruit goes unnoticed by Redzepi and this Aussie favorite may find its way in Noma Australia’s kitchen. Whether turned into jam or reduced to a glaze, those with a sweet tooth will be delighted by this little stone fruit.

SHELLFISH
It’s no secret that Redzepi is fascinated by these amazing, peliculiar sea creatures. His love for foraging in tide pools goes way back, but Australia has unique species that can’t be found anywhere else in the world.

The adventure has only just begun. If you haven’t been keeping up with the Noma chef on Instagram, here’s a sneak peek of his incredible finds so far in Australia – from the land to the sea:

A tasting of ingredients – do you know any of them? #nomaaustralia

Have you ever seen a crab like this before? It’s a spanner crab, and they like to eat fresh food. Notice the slim claws. They’re like that in order slide their arm into an closed oyster or scallop – a sort of nature made oyster opener #nomaaustralia

Have you ever danced with an Urchin? #nomaaustralia

Can anybody name this (huge) creature of the sea? #nomaaustralia

To say who is more thrilled for this ten-week residency – Noma or Australia – we’d like to think the feelings are quite mutual.

Check out our gallery of Noma in Copenhagen.