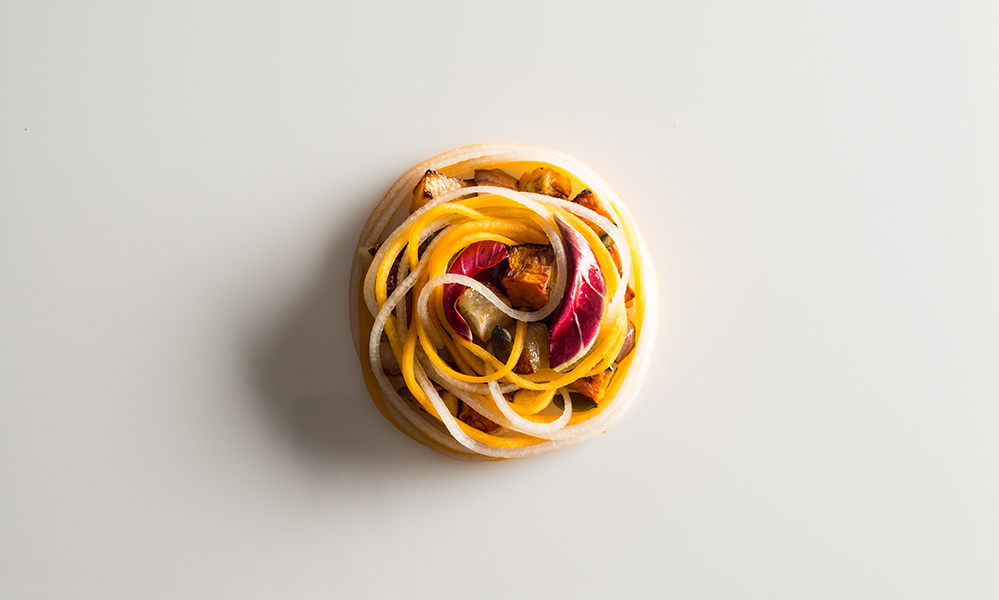 Kabocha Squash with Pear and Chestnut by Daniel Humm

In search of some Autumn inspiration? From the creative genius of none other than chef Daniel Humm – here we have a recipe straight from the three-Michelin starred chef, bringing together the flavors of squash and pear.

Chef Humm on the recipe:

“This time of year the market becomes filled with different varieties of squash as well as pears from throughout New York. The two ingredients complement one another perfectly and are such versatile ingredients. In this recipe we wanted to showcase that, but also highlight how delicate a dish you can make with such simple ingredients.”

Trim the tips from the tardivo and reserve. Reserve the remaining tardivo for another use. Using the turning slicer, cut the pear into spaghetti ribbons. Combine the roasted kabocha squash, roasted pear, chestnuts, and pumpkin seeds in a mixing bowl and dress with the lemon vinaigrette. Divide the mixture among eight warm plates. Sauce each arrangement with the squash vinaigrette. Garnish each arrangement with the pickled squash and pear spaghetti ribbons. Dress the tardivo tips with lemon vinaigrette. Finish each salad with the dressed tardivo tips to finish.