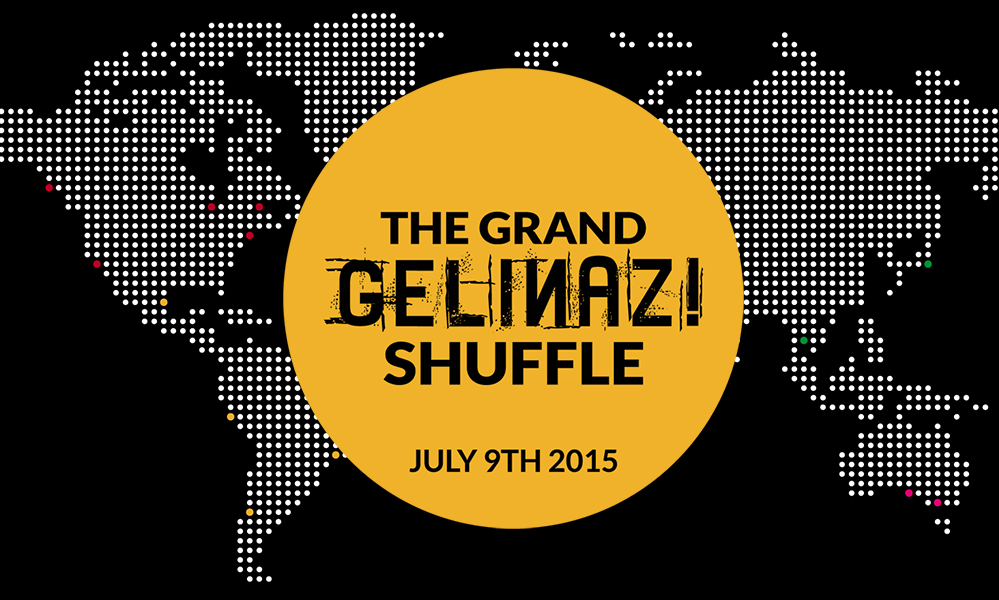 For one night only, 37 acclaimed chefs around the globe swapped places. A beautifully orchestrated culinary spectacle that took over the world for a night, The Grand Gelinaz Shuffle pulled together a diverse family of chefs and tested their comfort, skill, and creativity. As they swapped kitchens, homes, and even families, these chefs had to overcome language barriers and more in order to serve a unique 8-course meal to eager patrons. Curious to see the results of this exclusive, once-of-a-kind event? Here are some of our favorites from The Grand Gelinaz Shuffle.

“The line-up for this performance is a family of chefs, who take risk as a starting point, that are neither fearful of creativity, nor driven by ego, but are fueled by a desire to explore,” said Andrea Petrini, one of the original founders of Gelinaz!. We were thrilled to see names like Massimo Bottura, Alex Atala, Alain Ducasse, and Rene Redzepi on the list.

And in case you weren’t one of the lucky ones fortunate enough to attend this one-night event, here’s a glimpse of what went on around the world:

Rainbow dessert. Made by our pastry chef with chef Andoni saying, “The dessert is your creation. As long as it looks like the rainbow flag and has maple bubbles.” @mugaritz #gelinazshuffle @nick_muncy

#gelinazshuffle Sea Urchin, Snow Crab, Salmon Roe, Wasabi Foam// One of the most impressed dish at that night! Very delicate snow crab meat with the beautiful uni and salmons roe tastes, it was like I’m holding a taste of the ocean! The fruity sweet and sour matched perfect, very refreshing!

In the event that there is a another shuffle in the future, which chefs will reappear for the second round, and which faces can we look forward to seeing for the first time? It is uncertain whether there will be another Grand Gelinaz Shuffle, but we are eager to find out. Until then, we look forward to what Gelinaz! will do for their next innovative culinary event in Instanbul coming in 2016.