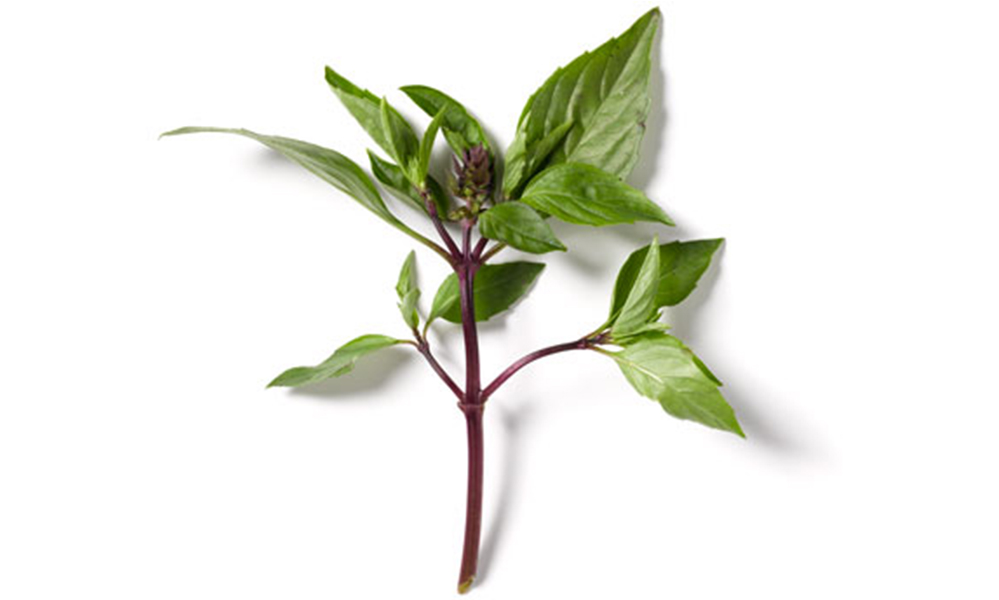 When you typically think of herbs or garnishes, the usual greens come to mind – basil, oregano, parsley, and more. And while those will always have a place in the kitchen, we decided to explore a slightly different terrain of flavors. Brought to you by chef Louis Tikaram of E.P. & L.P. in Los Angeles, here are some Asian herbs and garnishes to mix up your kitchen routine.

The young chef currently heads the kitchen at E.P. & L.P., a restaurant and rooftop lounge on Melrose, in Los Angeles, where he offers food that – to put it simply – he loves to cook. “The menu at E.P. & L.P. is a direct reflection of my career. It tells the story of my life, the places I’ve traveled, and the food that inspires me,” he says. 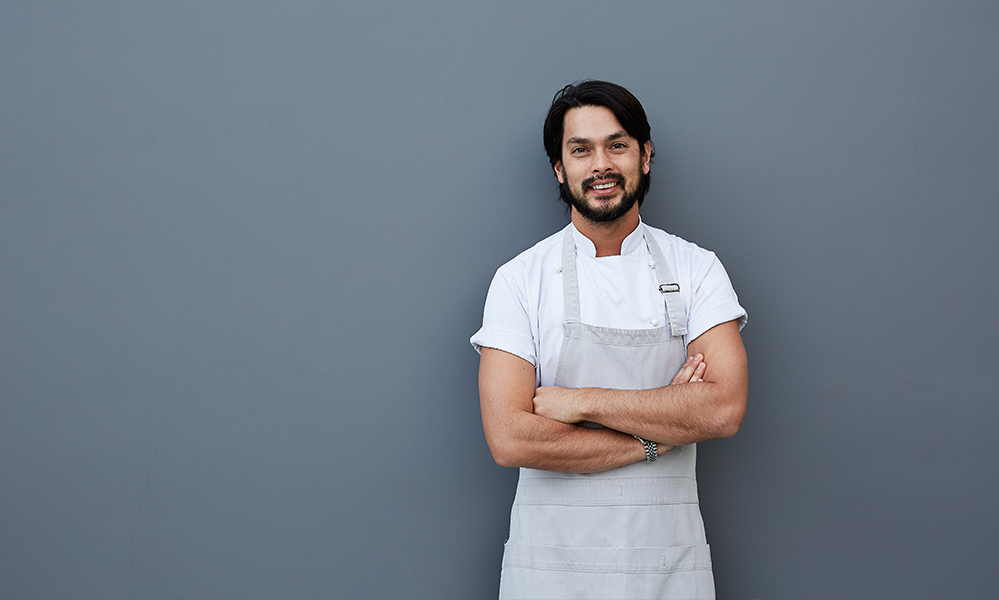 Raised on a farm in Mullumbimby, on the coast of New south Wales in Australia, chef Louis Tikaram is part Fijian, part Chinese, and part Indian. He embraces and invites his diverse upbringing into the menu at E.P. & L.P., from spicy curries to Fijian style ceviche, all while incorporating a variety of Asian herbs and garnishes. Here’s Louis’ insight on what he uses, what makes them special, and how he likes to use them. 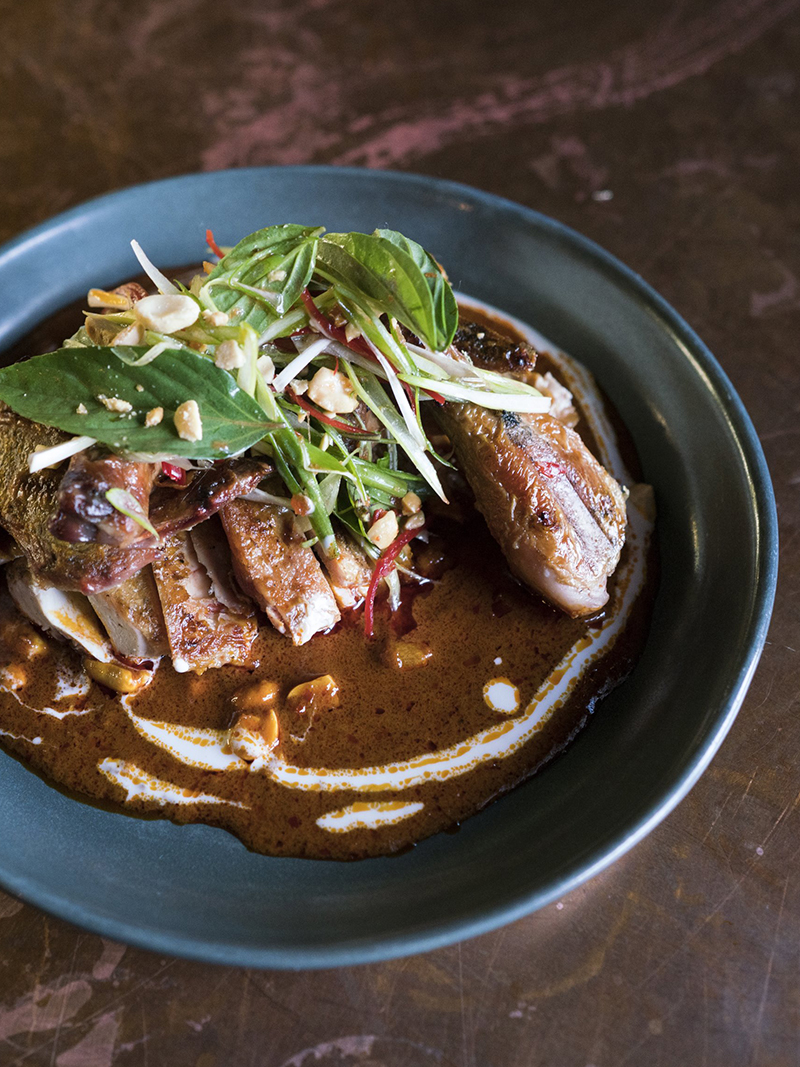 This aromatic basil I mostly use for meat, seafood, or vegetable curries. It not only adds a beautiful fresh flavor to the dish, it also brings a sweetness thats used for seasoning. It’s mostly found during the warmer months of summer, fall, and spring. I add it at the very end of the cooking process right before serving a curry or a stir-fry, to get maximum flavor. 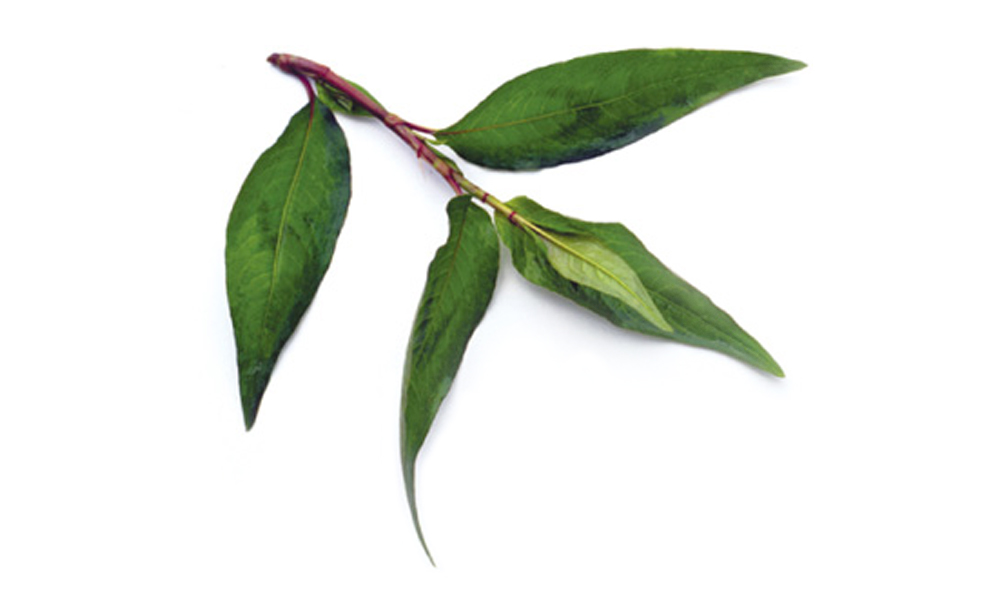 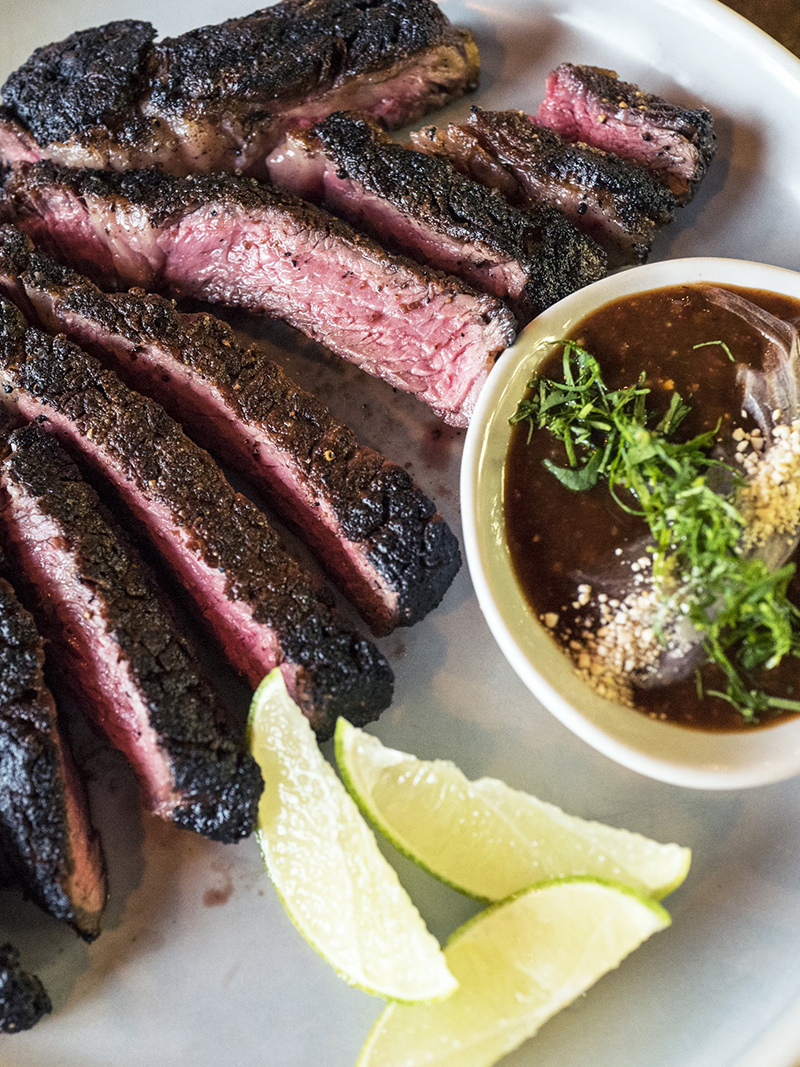 My fresh dishes and “roll-your-own” dishes on the menu always contain Vietnamese mint. Its strong and peppery flavor complement cooked meat and seafood. This herb grows in the shady wetlands of cooler climates, and is mostly eaten raw. You will only see it cooked in a few dishes. Eat it together with your meal or roll it up inside a summer roll. 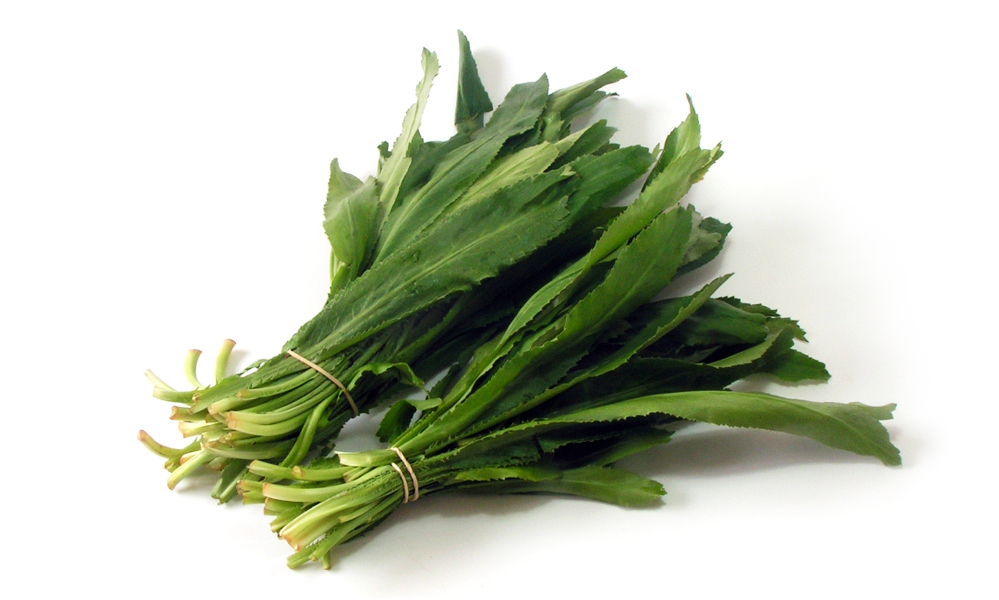 This strong herb brings an earthiness quality. I chop it up finely into my beef tartare dish, where it can hold its own amongst other strong flavors. You may also use it in stews or braised dishes, as it has a heartier texture and won’t break down as easy. Sometimes mistaken as a weed growing in the grass of lawns, this herb can grow during most months of the year. 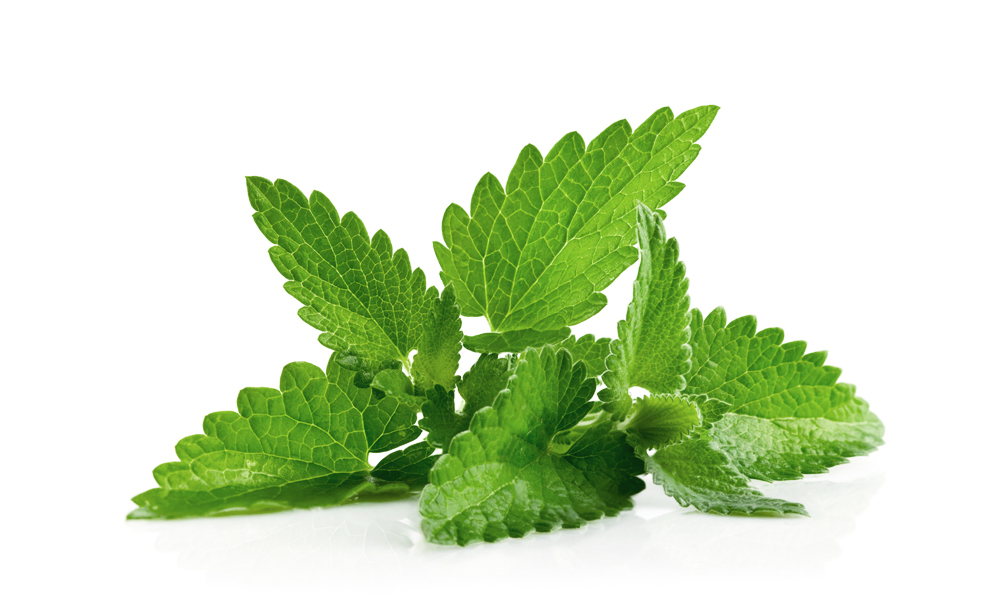 Fresh, fresh, fresh. This vibrant herb brightens my menu in many of the salads and starters. It’s also used in teas and desserts, as it elevates and balances even the strangest flavors with its minty fresh flavor and bright green color. Chop it up or tear it into salads. This herb is also found during the cooler months. I personally love the flavor of mint with seafood, like squid, or to freshen up a grilled pork dish. 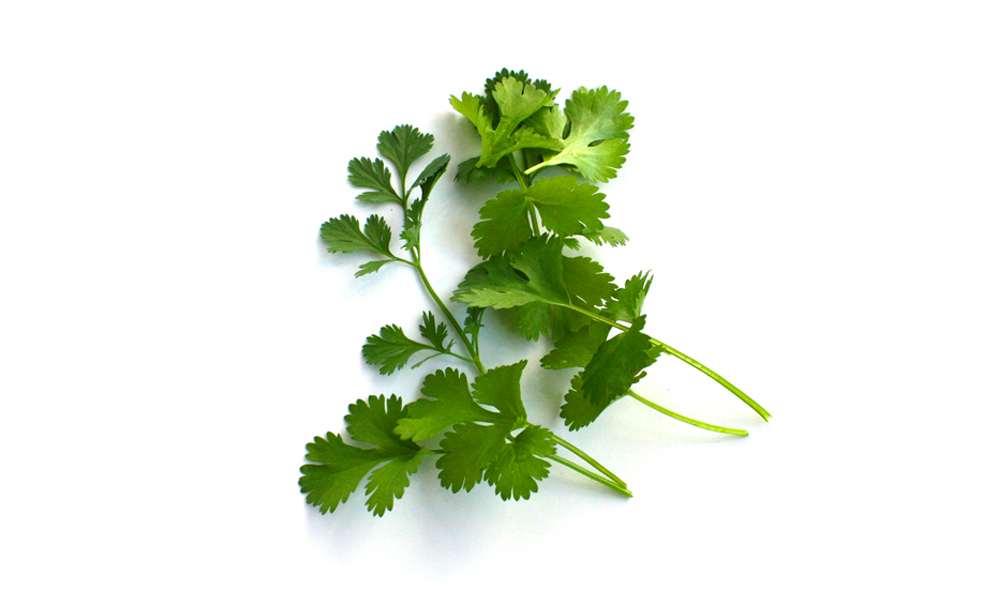 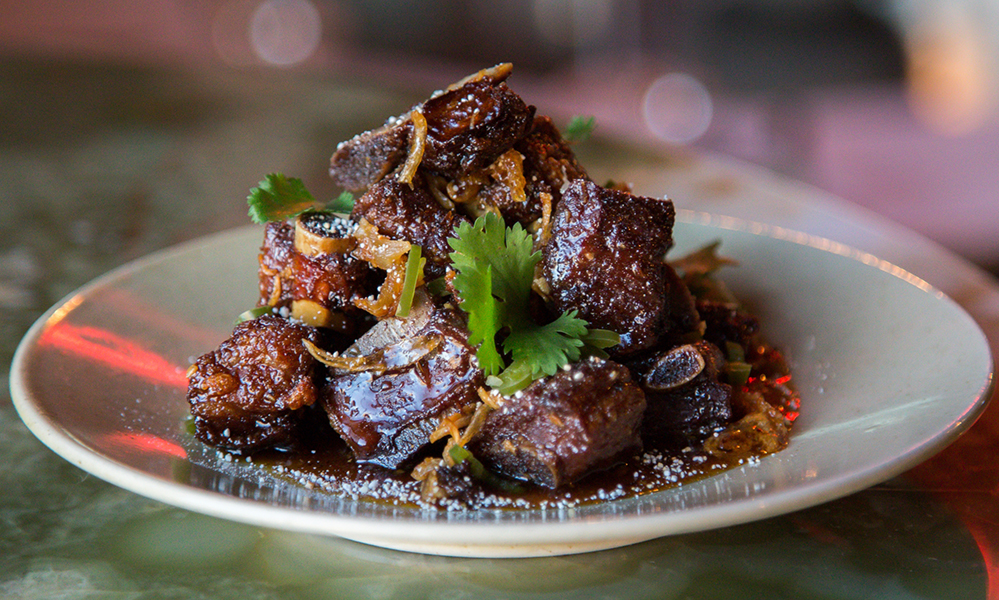 The most commonly used herb in the EP kitchen and found all year long, cilantro’s savory note and depth helps carry flavors to the highest level, and it can be used fresh or cooked in marinades. Even the root of the cilantro is used in curry pastes, as it has an even more intense flavor than the leaves. Its distinctive flavor is found in so many different cuisines such as Indian, Thai, Chinese, and Mexican. I love to use it in salsas and sauces like salsa verde. 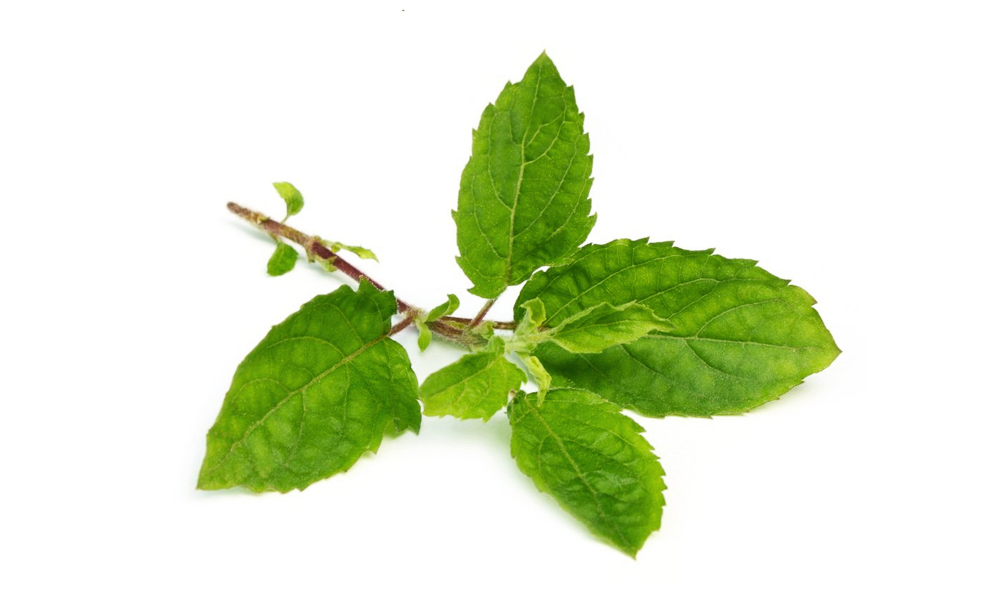 Only found in the hot summer months, this distinctively vibrant and powerful herb is hot and spicy. It’s an integral ingredient to some traditional Thai stir-fries like Pad Prik Khing, where it’s tossed in during cooking or added to soup to give it a fiery punch. It is most commonly used with red meat or chicken to add dimension and layers of savory flavor. 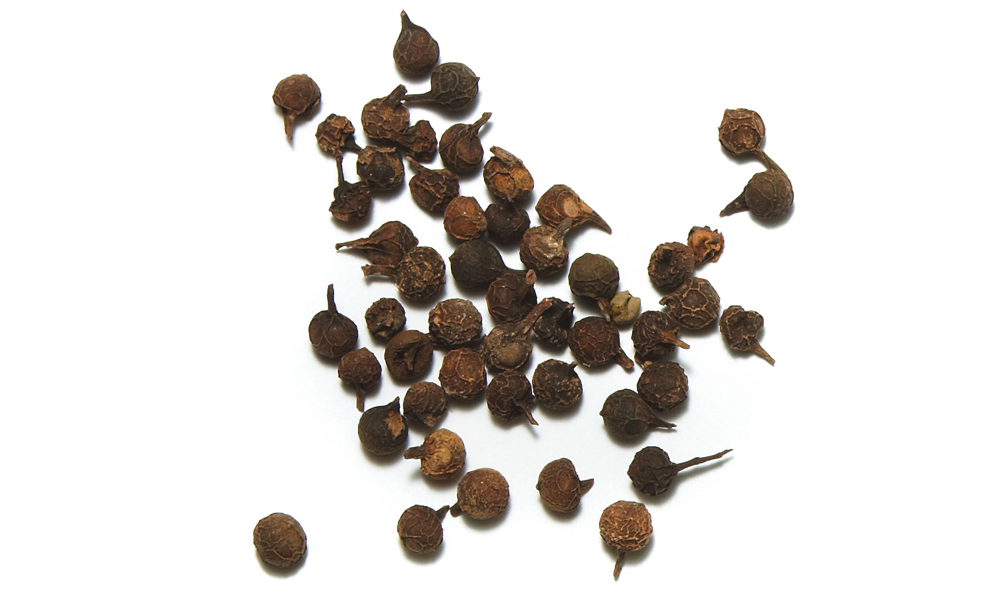 These are two very rare pepper varieties from Indonesia that I use on the menu at EP for my spiced salmon larb. Using different varieties of peppers, which I roast and grind, I can create a flavor unlike anything that my customers have eaten before. The rich salmon helps balance the intense spice to form a perfectly balanced and very interesting dish. Teamed up with most of the herbs mentioned above, it is one of my favorite items and is our best seller. 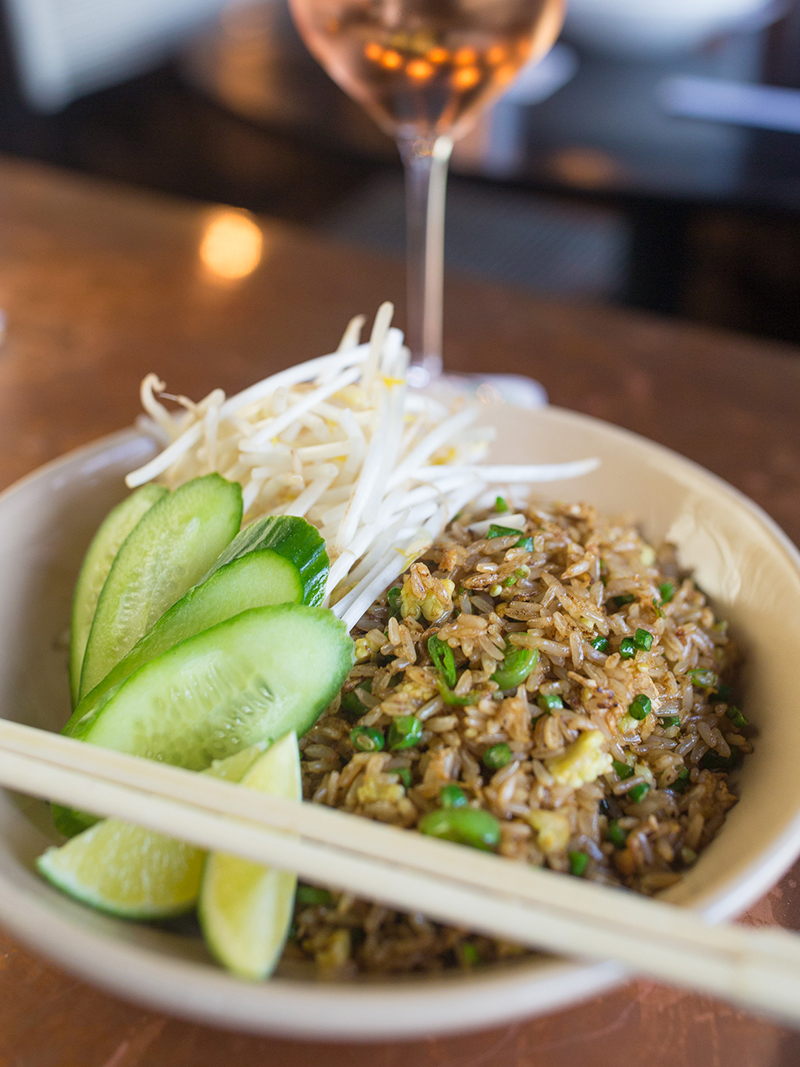 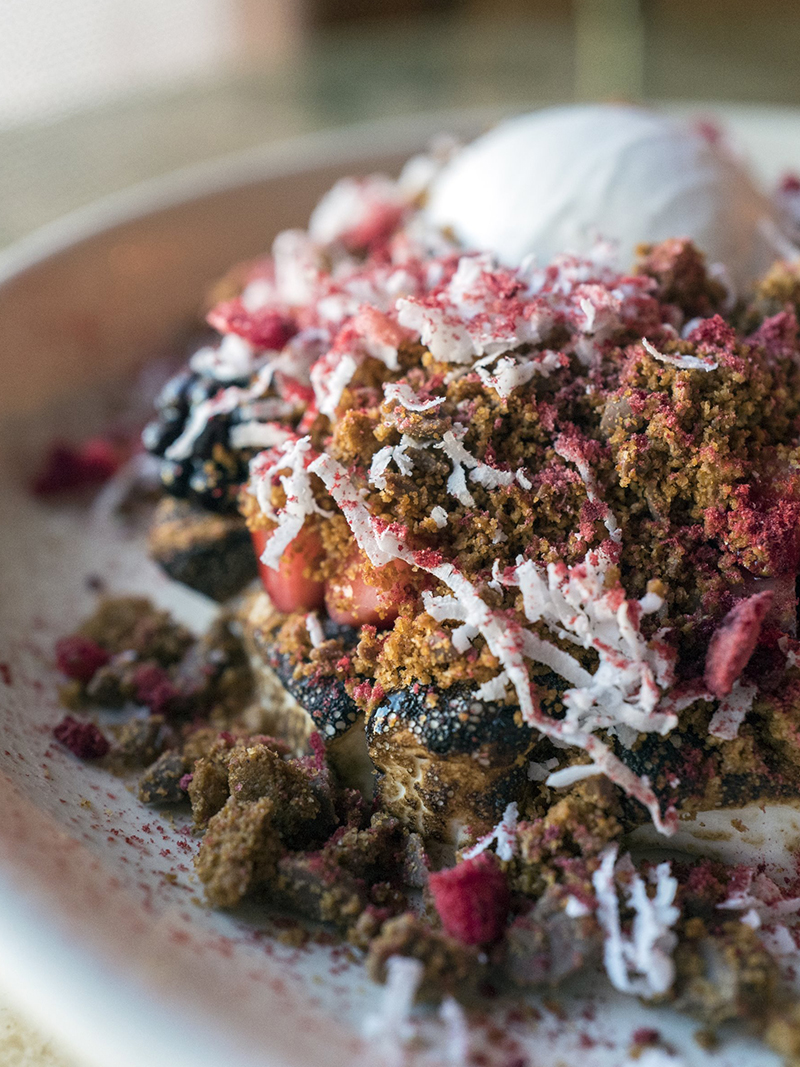