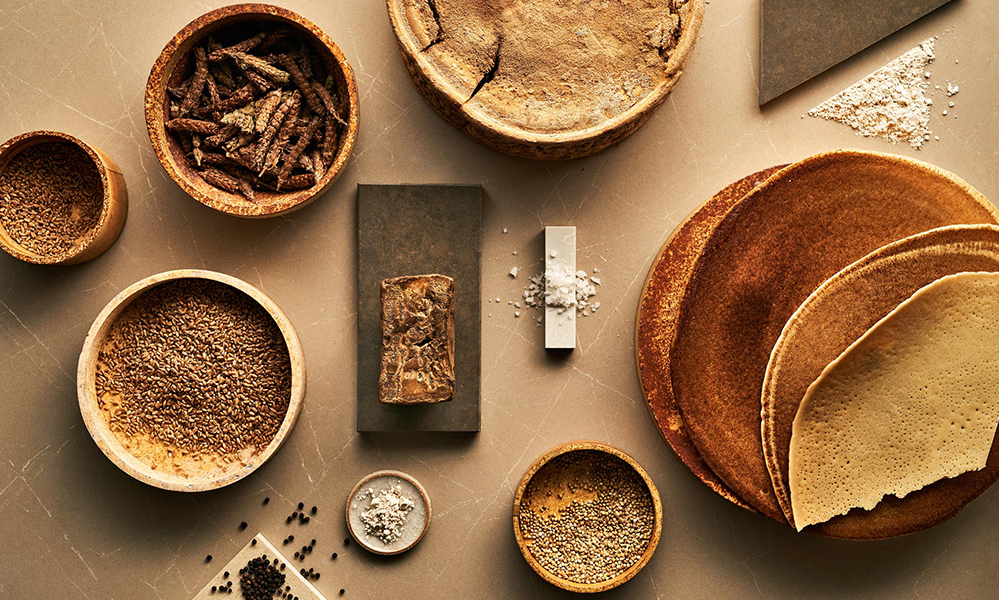 A Material Menu: Designs for the Culinary Aesthetic

From a striking collaboration exploring the boundaries of food, art, and design comes a series of recipes revolved around four natural elements. Inspired by ‘The Restaurant’ by Caesarstone & Tom Dixon at Milan’s Salone del Mobile 2016, Francesca Sarti took the concept one step further to create this book.

Caesarstone – a pioneer of natural quartz surfaces – announced the release of its new book A Material Menu: Designs for the Culinary Aesthetic – a collaboration between Francesca Sarti and food design studio Arabeschi di Latte. Venturing beyond and exploring the relationship between food and design,

The book features a series of eight conceptual recipes and food stories inspired by four natural elements: air, ice, earth and fire. Each recipe is represented by striking photography taken by Tom Mannion and styled by Francesca Sarti that combines thematic produce and ingredients with Caesarstone’s quartz surfaces.

“The book gave me the chance to develop our Milan menu and work on eight new recipes to represent the elements that would provoke the taste buds, tantalize the eyes and echo Caesarstone’s work surfaces in a way that would further explore the boundaries between food and design. I think of this as a feeling of ‘rawness’ – to show the materials in a way that appeals to all the senses, which really echoes Caesarstone’s aesthetic,” said Francesca Sarti.

Indulge your senses below. 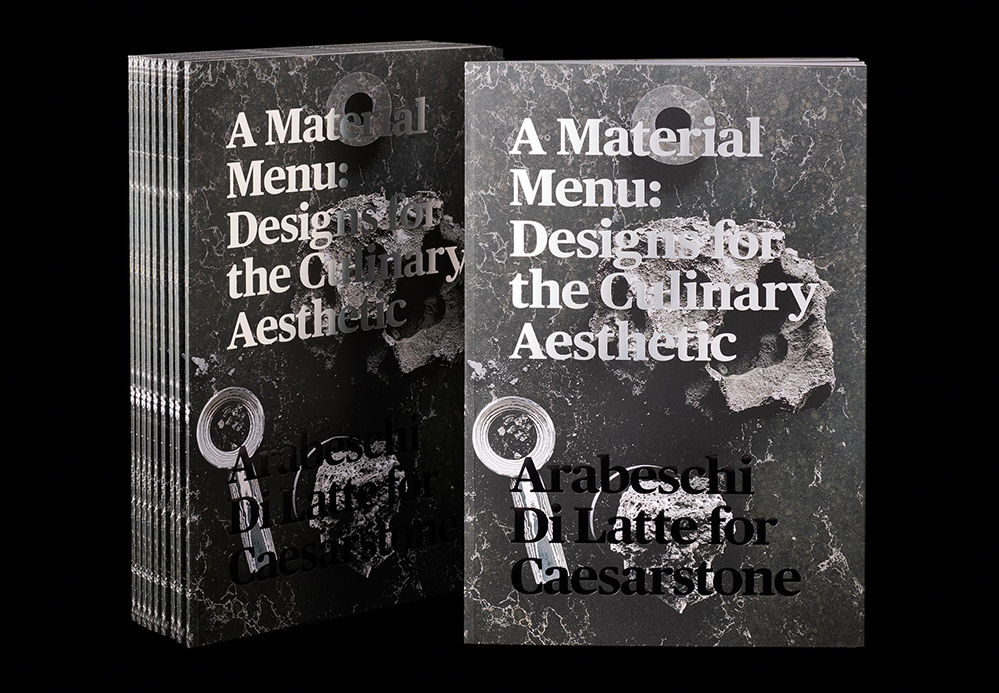 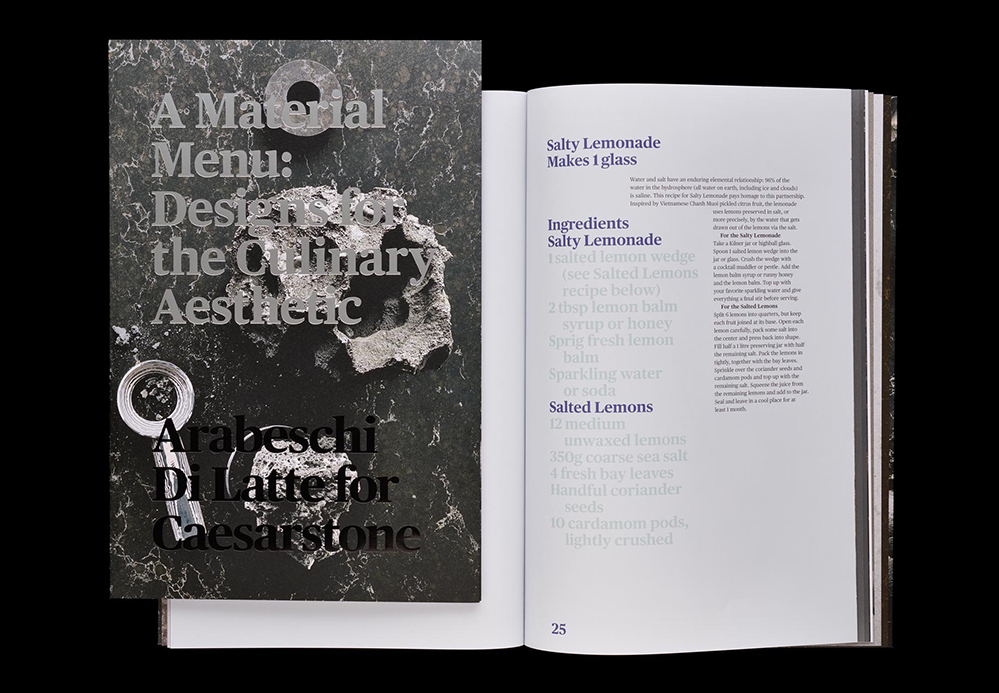 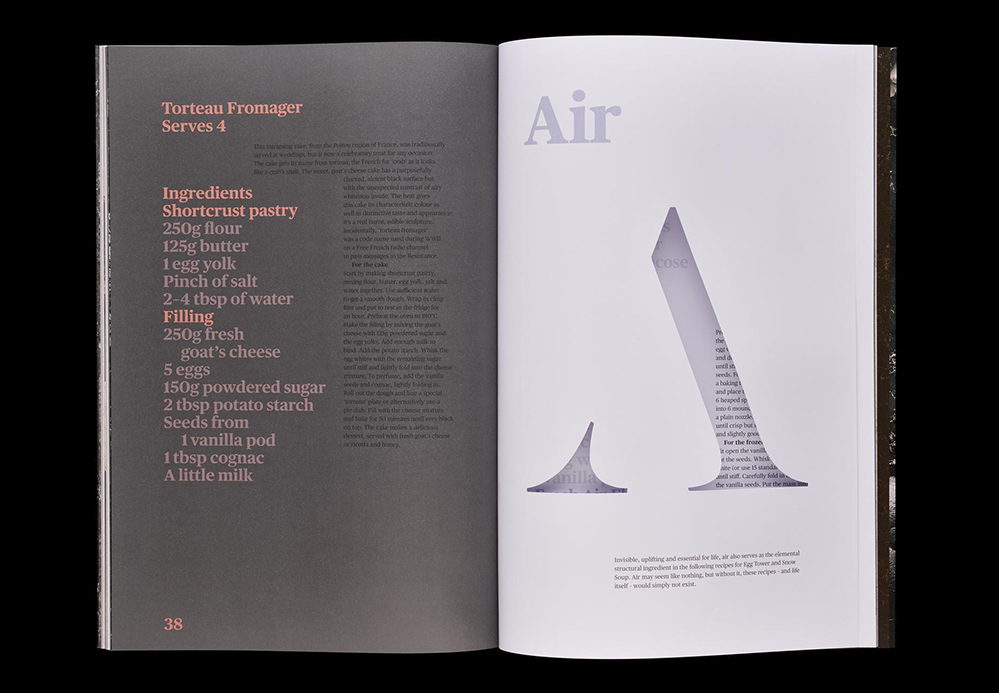 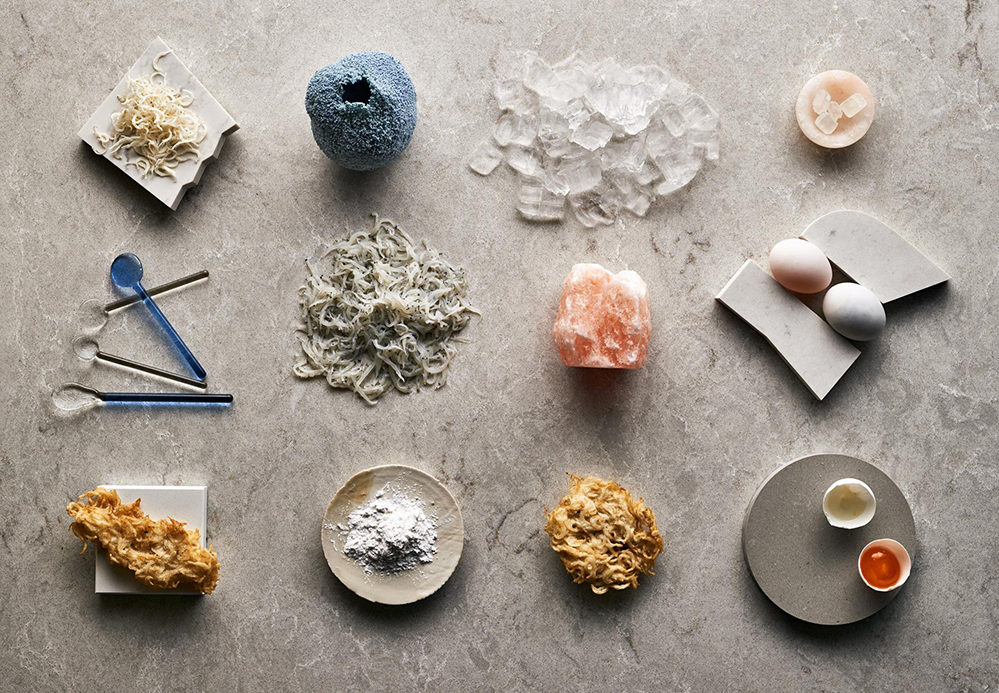 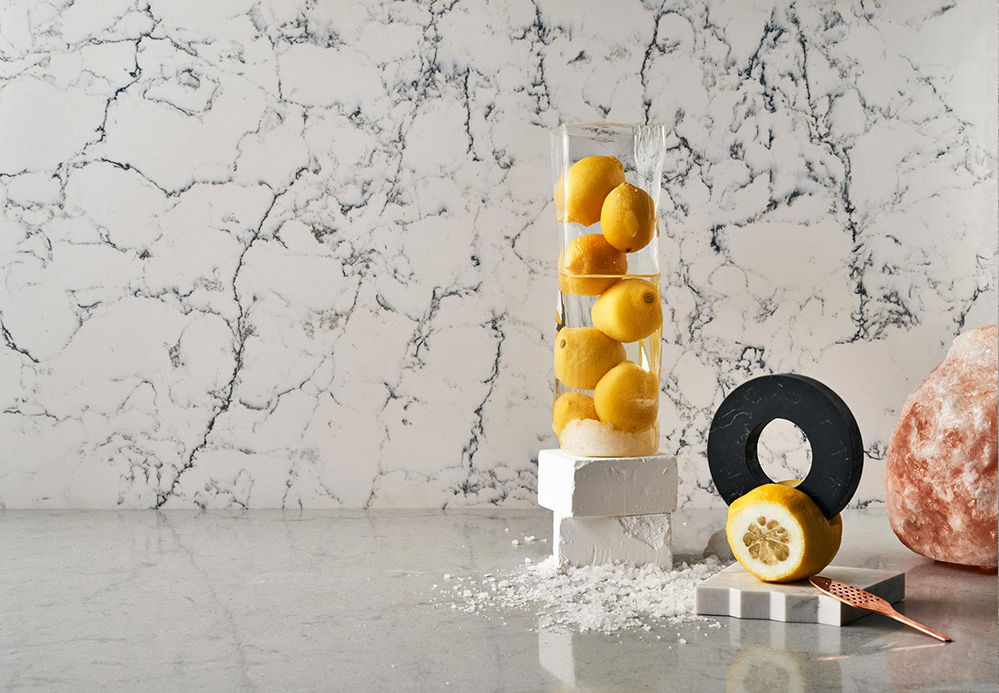 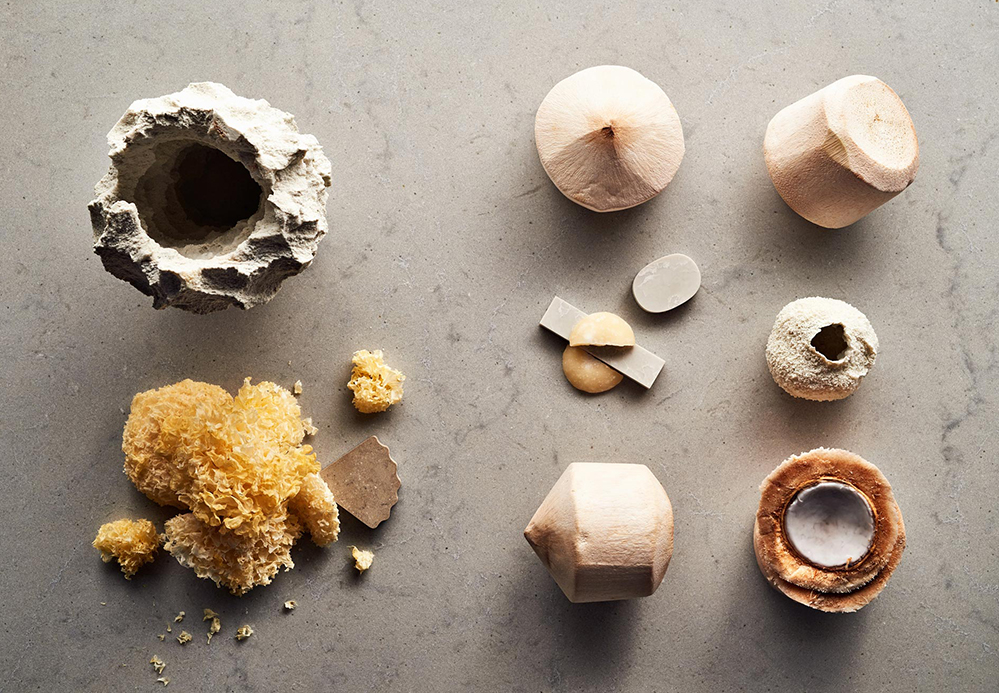 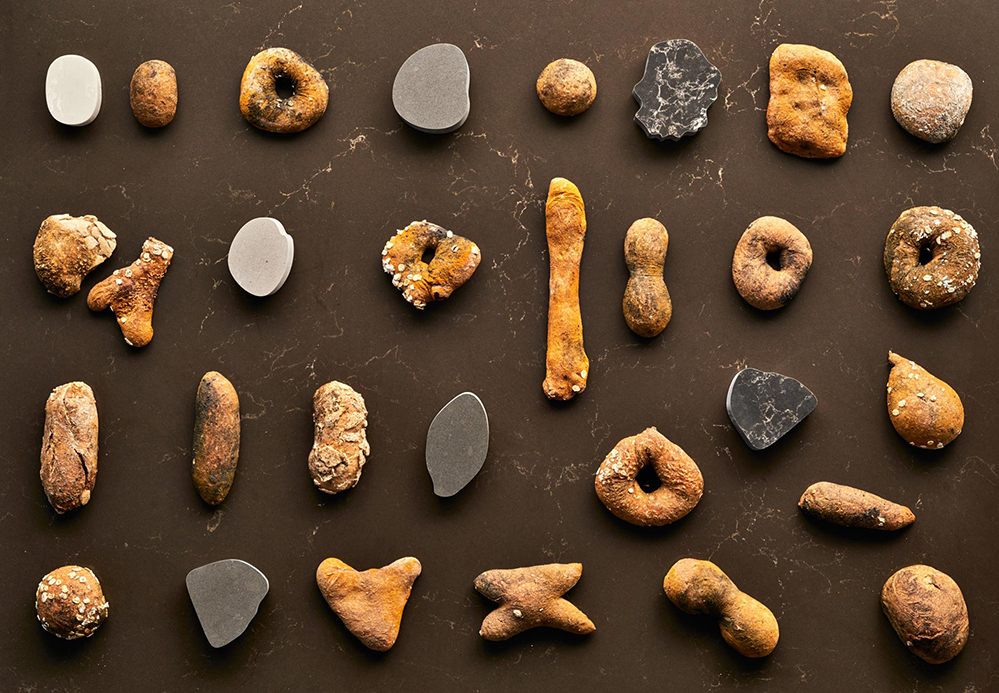 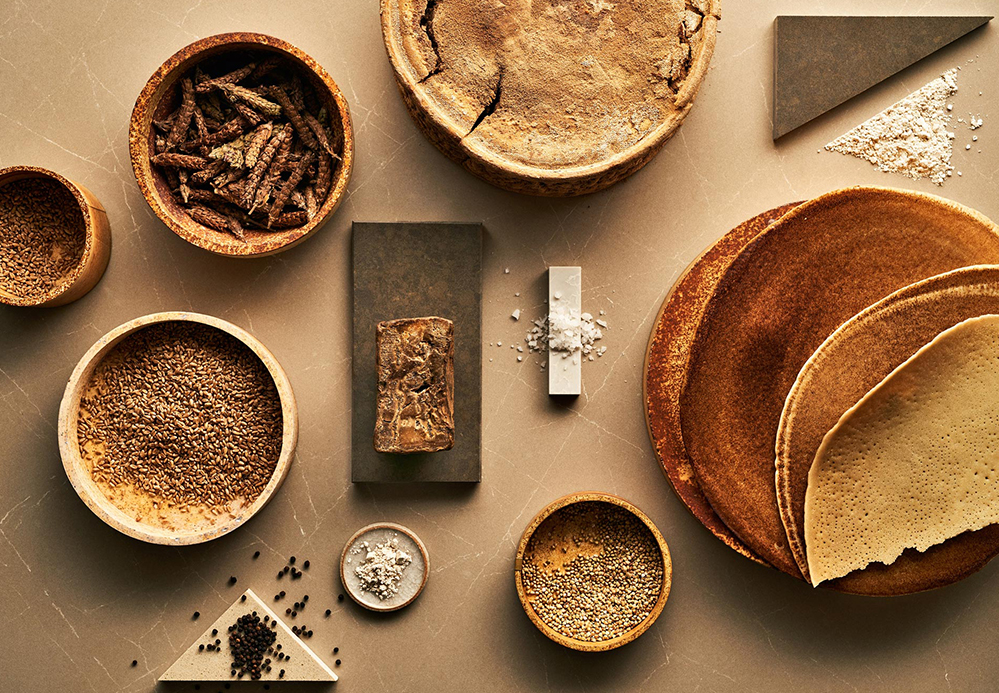 Testaroli spelt and buckwheat pancakes with pesto, from ‘Earth’ against Caesarstone 5134 Urban Safari. © A Material Menu: Designs for the Culinary Aesthetic by Caesarstone, Arabeschi di Latte 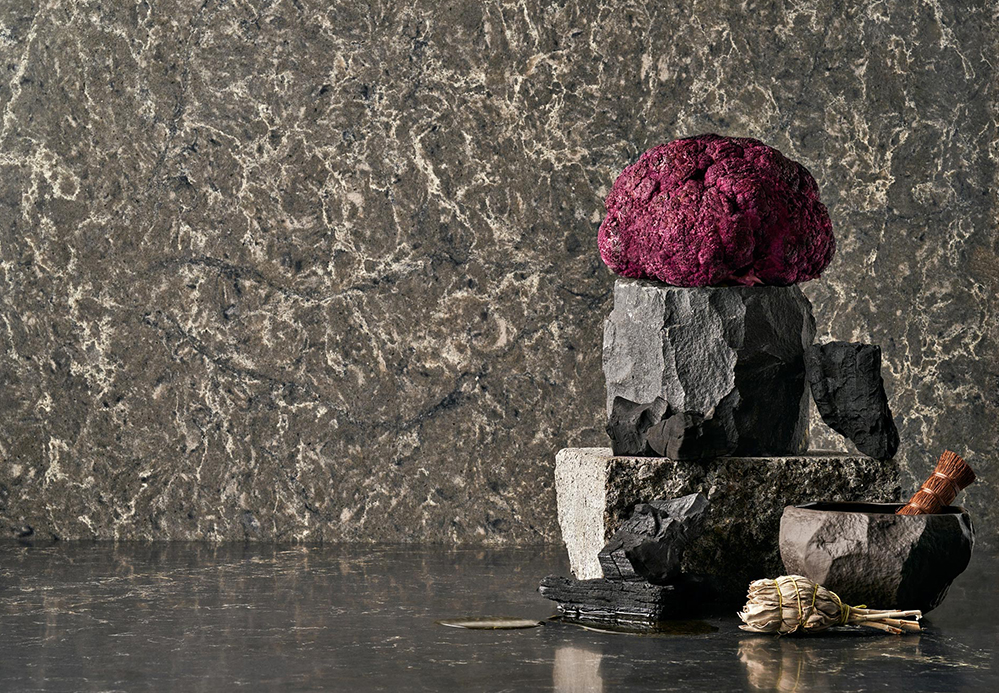 A sage-smoked and roasted cauliflower comprises The Dark Trophy, from ‘Fire’ against Caesarstone 6003 Coastal Grey, 5100 Vanilla Noir. © A Material Menu: Designs for the Culinary Aesthetic by Caesarstone, Arabeschi di Latte 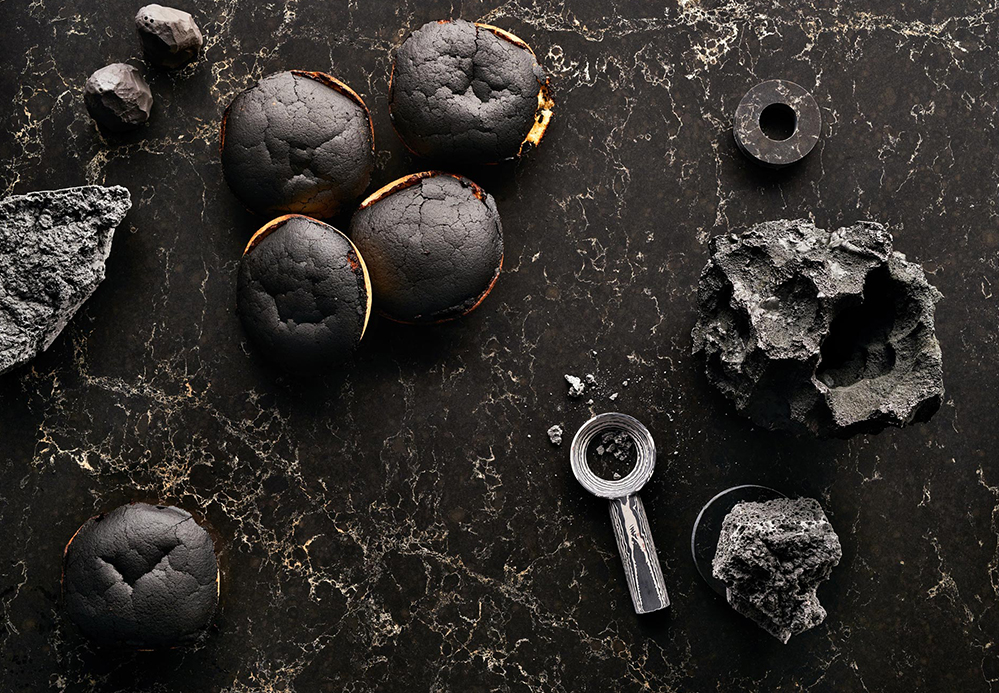 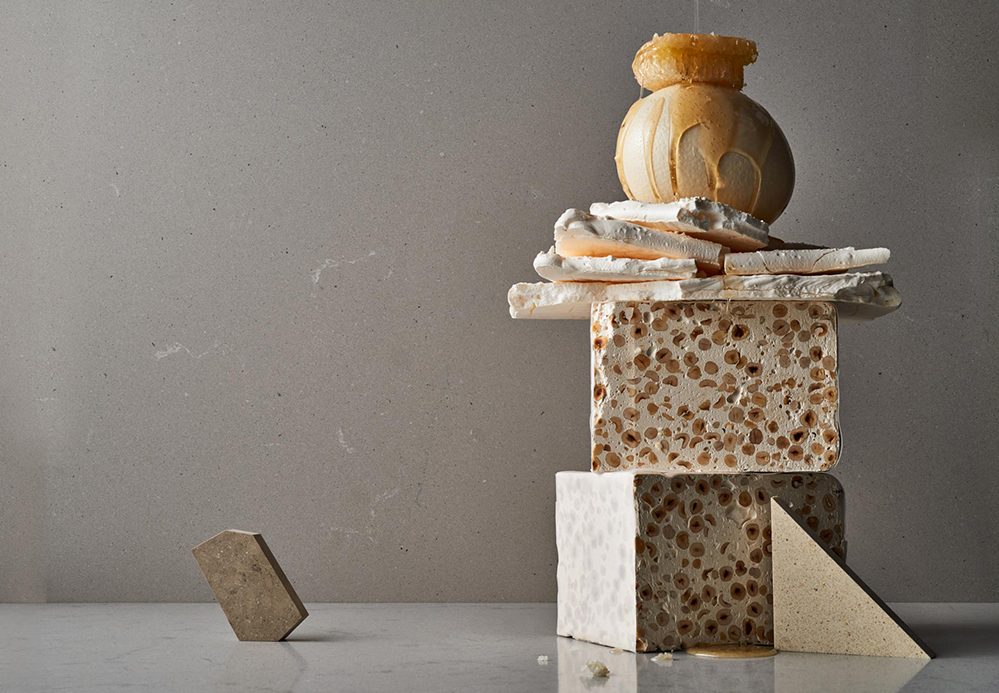