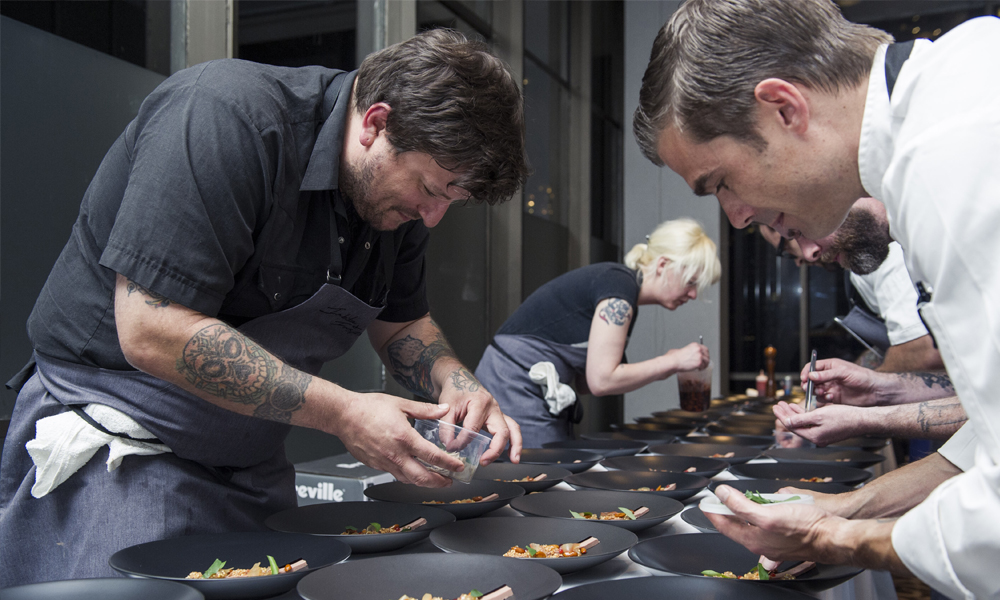 Move over MAD, the West is here to take back the food scene. On September 7th and 8th, 2014, The Roots of American Foodways conference will present for the second year in Chicago. Stephen Torres (founder of Imbibe and Inspire) is the brains behind the operation. This conference will explore the history, future and influence of American food and chefs.

So, who better to honor than an American culinary legend like Jeremiah Tower. Torres comments, “I think the most inspiring aspect of Jeremiah is that when anyone begins a new movement you have to be fearless. You have to forge a new path and be the first one to walk down it.  He is the true definition of a rock’n’roll chef who talked the talk and walked the walk. You can’t help but be inspired by anyone who does that.”

The Roots of American Foodways conference is a united effort to drive and inspire the US culinary scene through the minds of some our generation’s greatest food innovators. But we wanted to know what sparked this the idea for this US driven food conference.

Torres explains, “Honestly, Will Guidara and Daniel Humm. They are so proud of NY and love showcasing it. Their love for it is inspiring. I grew up near Chicago so I thought what a perfect place to gather everyone because it’s right in the middle. Its not to long to travel to from anywhere in the states and its definitely on the forefront of culinary cities worldwide.”

International influence in the culinary world is vital to moving forward, but it never hurts to look within and tap into your “Roots” for a little inspiration. Stephen thinks we haven’t even begun to make our mark but when we do truly define “American food” that is when it will happen. Torres is completely passionate about the talent available right here in the US. He has set out to prove to the world that the next Ferran Adrià or Rene Redzepi is cooking right here in one of these 50 states.

“I have been saying this for 8 years but the work Kyle Connaughton has done and his upcoming restaurant will change the face of American fine dining. His devotion to Japanese cuisine and his ability to combine science with tradition is something no American chef has ever done. The culinary worlds eye is on Japan, i.e. Redzepi’s Japan pop up, but no one outside of Japan has had the cooking experience IN Japan like he has. Mark my words.”

This rising conference is one you’ll be watching grow for years to come. Why not be apart of the movement and attend this September?

The Roots of American Food information and tickets:
http://www.roaf2014.us/